Summer Camps and Virus Outbreaks: What to Know 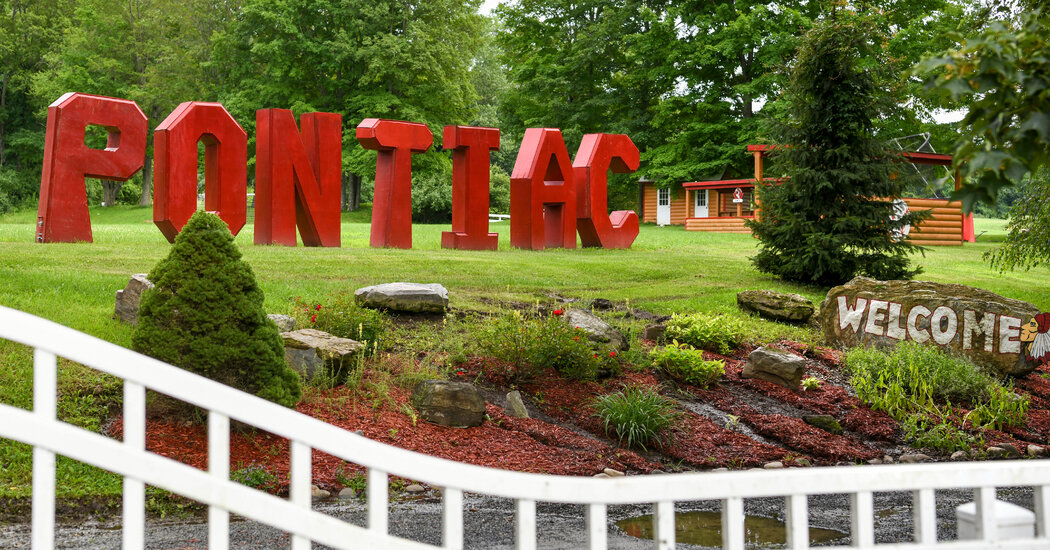 Alternate-side parking: In effect until Aug. 15 (Feast of the Assumption).

Nearly all the staff and children over age 12 at the sleep-away camp were vaccinated. But the coronavirus still reached the site through younger children.

Thirty-one children at Camp Pontiac, about 100 miles north of New York City in Copake, N.Y., had tested positive as of Thursday morning, after several had recently displayed symptoms. None were seriously ill.

The cases come as the highly infectious Delta variant has sparked concerns that another wave of the virus could be on the horizon in New York City and other areas.

[Read more about the outbreak in upstate New York.]

Here’s what to know:

All the children who tested positive were under the age of 12, in a reflection of the challenges that arise when a huge population cannot be vaccinated. (Children under 12 cannot yet be vaccinated).

So far, the outbreak does not appear to have spread into the surrounding community in Columbia County.

The spate of cases follows several similar outbreaks at other summer camps, often in states with lower overall vaccination rates than New York.

As camps in New York were given the green light to open once again, they were required to follow strict state guidelines, including for mask wearing and social distancing. Campers and staff at Camp Pontiac were tested for the virus before their arrival.

Jack Mabb, the health director of Columbia County, where the camp is, said he was worried the outbreak could portend problems when children return to in-person school in the fall. “I’m concerned about that,” he told my colleague Michael Gold. “That this is in fact a harbinger of what schools will be like.”

Still, others cautioned against raising alarms and did not foresee a dangerous wave of infections among unvaccinated youth as they return to classrooms.

The plans for younger children

President Biden said this week that he believed authorization making younger children eligible for the vaccine would come soon.

He also suggested that federal guidance may soon advise all students to wear masks in schools. (New York City plans to require students to wear face coverings upon their planned full return to in-person schooling in September.)

“The C.D.C. is going to say that what we should do is, everyone under the age of 12 should probably be wearing a mask in school,” Mr. Biden said at a CNN town hall event. “That’s probably what’s going to happen.”

Attempts to demolish a three-story house in Brooklyn this month have caused frustration among neighbors and raised questions about city oversight. [The City]

And finally: Your virtual social weekend

While people are still connecting through virtual events and programs, with the summer season here and more people getting vaccinated, venues and organizations are holding in-person events. Here are suggestions for maintaining a New York social life this weekend:

On Friday at 6 p.m. at Little Island in Manhattan, listen to poetry and stories based on Lenape history, as part of the Storytelling Festival. The stories will be accompanied by a digital exhibition that illustrates them. A conversation will follow the performance.

To enter Little Island, register for free on the event page.

Join the photojournalist Victoria Razo as she presents her exhibited work, “Resilience,” and discusses her experience working in Mexico, on Friday at 6 p.m. at the Bronx Documentary Center.

R.S.V.P. for free on the event page. The event will be conducted in Spanish.

On Friday at 7 p.m. at the Bryant Park lawn in Manhattan, watch a performance by the Knights, a collective of musicians redefining the orchestral experience. A livestream will be available for remote viewing.

For more information on how to attend, visit the event page.

The new commute started in November, a gray, sleeting month that was all the more dreary because the job in Stamford that I had enjoyed for two years had been moved to New York.

I hate commuting, but when a boss who works you hard but makes you laugh asks you to try it and pays your expenses to do so, that’s just what you do.

The Madison Avenue bus had a line a block long, sometimes longer, in the morning. Early on, I decided to walk the 14 blocks north rather than waiting. I’d go straight up Madison to avoid having to dodge the crowds near St. Patrick’s Cathedral and Rockefeller Center.

One morning, I was 10 blocks into my walk when I saw a tall man striding south with a long coat draped over his shoulder. He was tan, with great posture, a serene demeanor and a couple of men who were not quite as visually impressive walking at his side.

From then on, I would see him on the same block at the same time every morning.

One day, he smiled at me and nodded, and I, flattered, did the same. After that, this elegant and seemingly mysterious man would repeat the smile and nod every day, and I came to count on seeing him to improve my mood every morning, which he did.

I eventually left the job for one closer to home, but the image of this man stayed fresh in my mind. I had no idea who he was, but I imagined that he must be someone important because of his clothing and confident air.

One day, the newspaper featured photographs of people attending the opening of a museum exhibit, and there he was: Halston.