Staff at B.C.’s 911 dispatcher flagged understaffing up to a year before deadly heat wave: emails 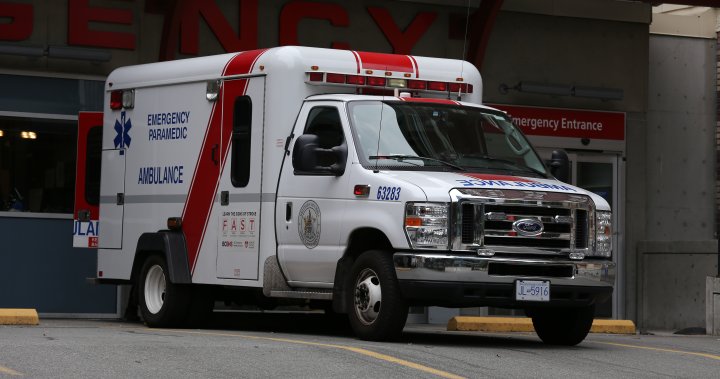 Senior management at B.C.’s emergency dispatching agency were expressing concerns about understaffing up to a year before the historic heat dome in June that led to the deaths of more than 500 people, emails released through freedom of information requests show.

According to internal emails released by the BC Liberals this week, senior leaders at E-Comm were discussing how to communicate their concerns about 911-call wait times and lengthy delays in ambulance response.

The emails show at one point, E-Comm bosses felt so frustrated that they considered holding a news conference to directly appeal to the government.

“The message we need to land with (BC Ambulance Service) is that their answer delays are compromising provincial 911 service delivery,” reads one email from executive director Suzanne Halliday.

The BC Ambulance Service and E-Comm are both under the authority of BC Emergency Health Services.

2:16
Vancouver Island woman calls cab to get to hospital after lengthy 911-call wait

In July, B.C.’s chief coroner Lisa Lapointe said 815 deaths were reported to the coroners service from June 25 to July 1 — a 300-per-cent increase over what they would normally see during that week. Temperatures in that time had hit the high 30s and low 40s.

Several reports emerged during the heat wave of people waiting hours for an ambulance or to even talk to a dispatcher, or in some cases, that emergency responders never arrived. Firefighters’ union officials said people suffering from overheating were showing up at fire halls asking for help after not getting a response from BC Ambulance.

Interim Liberal leader Shirley Bond raised the issue in Question Period on Tuesday, describing it as “alarm bells ringing” at E-Comm well in advance of a heat wave.

“British Columbians expect someone to answer the phone and an ambulance to show up when they call 911 for help,” she said.

“Call wait times had been steadily increasing over the 12 months before the heat wave and these documents make it clear that the crisis at 911 dispatch and the ambulance service was ignored.”

Bond read out a June 3 internal email: “There are spikes we cannot manage in our current underfunded model. BC Emergency Health Services is compromising public safety due to delays with their call answers.”

In response, Health Minister Adrian Dix said he is well aware of the challenges at E-Comm and raised his own concerns in public around the time of the emails.

“We were seeing an extreme uptake in the use of our ambulance service, such that I think that it was June 4 or 5, in that range, that it was the highest day of ambulance calls at that time in the history of British Columbia, except for New Year’s Eve 2017 and 2018,” Dix said.

“We have been adding extraordinary resources to our ambulance system. We’ve gone from a funding level of $424 million to $559 million.”

The province has hired 30 new dispatchers since concerns were raised to start addressing the ongoing issue.

The BC Emergency Health Services board of directors has also been ordered to focus solely on ambulance service and to report directly to Dix, with former Vancouver police chief Jim Chu as chair.

“There are extraordinary challenges facing our ambulance system and health-care system today because of two public health emergencies,” Dix said.

One in 65 people had Covid in England last week as cases started to rise again,…