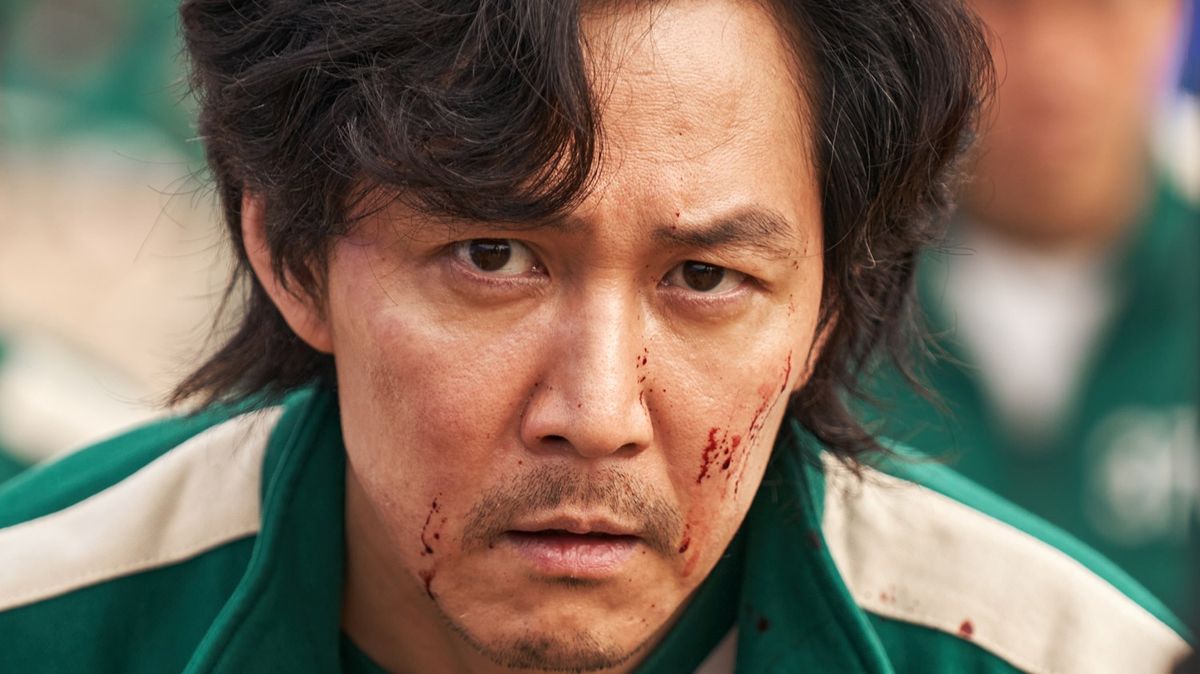 Spoilers follow for the Squid Game ending. Watch the show on Netflix before reading this.

You probably know by now that Netflix’s Squid Game has turned into a monster hit, smashing the streamer’s viewing records, encouraging copycats and even infiltrating shopping malls in its takeover of our current moment in entertainment.

But how did Squid Game end? What happened to its main characters? Will there be a Squid Game season 2, and what could happen next if the story continues?

Below, we endeavour to answer all of your burning questions, breaking down the show’s ninth and final episode, titled One Lucky Day.

Let’s get the simple stuff out of the way first. Episode 9 begins shortly after Sae-byeok is killed at the hands of Sang-woo, leaving him and Gi-hun as the last remaining players in the game. The final challenge is the eponymous Squid Game, which sees Gi-hun square off against Sang-woo in a bloody (and rainy) knife fight. The former wins, but stops just before completing the game to instead invoke Clause Three of the agreement – ‘if the majority of players agree to abandon the game, the game ends.’

This moment is an important one for Gi-hun. Unlike Sang-woo, who spends preceding episodes descending into a darker and darker state of mind, Gi-hun maintains a degree of morality and humanity throughout the increasingly inhumane games. In this confrontation, though, Gi-hun reveals a momentary brutal streak that allows him to defeat Sang-woo, but he still ultimately refuses to be totally corrupted by the game, sparing Sang-woo’s life and deciding to forfeit the prize money and return home.

Obviously, things don’t turn out this way. Gi-hun returns to Sang-woo to inform him of his decision, but the latter stabs himself in the neck – presumably a consequence of his guilt. Sang-woo’s last words request that Gi-hun accepts the prize money and helps his mother.

At this point, the game is over. The VIPs leave, the prize money descends from the ceiling and Gi-hun is declared the winner by the Front Man, who congratulates him on his victory. While being returned home, Gi-hun asks the Front Man why he hosts the game, to which he replies, “you people are horses” – meaning it was created for the purposes of sport and betting.

The struggle to adjust

Gi-hun returns home to find 45.6 billion won in his bank account. On the walk back to his apartment, he passes Sang-woo’s mother, who asks after her son’s whereabouts. Gi-hun says nothing – it’s not clear whether she interprets this silence as confirmation of Sang-woo’s death.

Upon making it home, Gi-hun discovers that his own mother has died. Again, this is an important moment for the character, since his mother’s health proved the catalyst for his participation in the game in the first place.

A year later, Gi-hun remains traumatized by his experience. He appears haggard and impoverished, riding the subway – despite his riches – to a banker who tells him he has hardly spent any of his money. On his way out, Gi-hun asks the banker if he can borrow 10,000 won – a callback to a regular request he made in the show’s early episodes.

Gi-hun buys some flowers at a nearby beach, only to discover another game invitation hidden within the bouquet. This time, it asks him to meet his ‘gganbu’ at a building on Christmas Eve.

There, he finds Player 001, Oh Il-nam, who Gi-hun had presumed dead after episode six’s fourth game. Il-nam, lying sick in a hospital bed, reveals himself to be the mastermind behind the game, explaining that he created it as a means of attaining enjoyment from his boring life of riches and as a test of humanity’s innate goodness – he reminds Gi-hun that contestants killed each other for the sake of earning money for themselves.

Il-nam also reveals that the games were based on those played in his own childhood, and that he participated in this particular iteration of the game for the sake of nostalgia. This explains why Il-nam recognised the layout of the mock town in the fourth game – it was modelled on his own childhood home.

Il-nam then asks Gi-hun to play one last game with him, a final test of humanity’s goodness. They look outside to see a homeless man; Il-nam wagers that nobody will help the man before the clock strikes midnight. Gi-hun wins – the homeless man is aided by a passing citizen – but Il-nam dies. It’s unclear whether Il-nam sees this act of kindness before he passes, but the interpretations drawn from this scene are two-fold.

The first: Il-nam dies thinking he has won the game, and that there is no humanity left in the world. The second: Il-nam dies after realizing he has lost the game, seeing an act of kindness that permits him to finally die at peace. The show doesn’t clarify either scenario, but this scene nonetheless represents the moral dilemma at the heart of Squid Game.

Incidentally, in the following (very brief) scene, the gold rabbit mask in the Front Man’s residence is revealed to have belonged to Il-nam – we see the old man placing it on his dressing table, before telling the Front Man he is going to participate in the games himself.

An unknown amount of time passes, but Gi-hun cleans himself up and fulfils his promises to Sang-woo and Sae-byeok. He takes Sae-byeok’s brother out of the children’s home and into the care of Sang-woo’s mother, leaving both a share of the prize money.

We then see a red-haired Gi-hun at the airport, on his way to visit – or live with – his daughter in the US. Walking to the terminal, Gi-hun notices someone playing ddakji with the same recruiter who invited him to the games in episode one. He attempts to pursue the recruiter, but is unable to reach him in time and instead takes the invitation given to the man.

Just before boarding his plane to the US, Gi-hun calls the number on the invitation. The receiver recognizes his voice as Player 456, and tells him not to get “any absurd ideas.” Gi-hun turns around, presumably beginning his quest to expose the game’s organizers.

Where does Squid Game go next?

Although a Squid Game season 2 hasn’t yet been confirmed by Netflix – creator Hwang Dong-hyuk has “other things he’s working on” right now – season 1’s final episode still leaves plenty of room to speculate where the show could be headed next.

The most obvious plot thread to explore is Gi-hun’s quest for revenge. Evidently, given the show’s final shot, the character is enraged by the game organizers’ continued pursuit of downtrodden contestants, and the suggestion is that Gi-hun wants to expose them.

Should the show decide to go in this direction, it could do so in two ways. The first might see Gi-hun attempt to convince others of the game’s existence, exposing its corruption and inhumanity from the outside – he is, after all, a much richer man now. The second could see Gi-hun return to the game itself, with greater knowledge of its inner workings and ultimate objectives.

As unlikely as that second scenario sounds – it doesn’t really make sense for Gi-hun to return to a game which almost cost him his life – the former, more realistic scenario would likely eliminate much of what makes Squid Game so entertaining: the games themselves.

Evidently, then, the show’s creator and screenwriters have a job on their hands if they hope to repeat its appeal while also maintaining narrative logic. Netflix is currently “trying to figure out the right structure,” so it’s no wonder we’re unlikely to see a follow-up season for at least a few years.

Other possible plot threads include examining the fate of Jun-hon, the undercover cop who discovers the Front Man to be his brother, In-ho. Although he was shot and subsequently fell off the edge of a cliff, there’s a chance Jun-hon survived the encounter, and given that we still don’t know In-ho’s motivation for becoming the game’s Front Man, this seems a likely narrative thread for the show to explore.

Elsewhere, though, Squid Game’s first season doesn’t leave a whole lot of questions unanswered – mainly because, well, most of its characters end up dead. Realistically, we might expect to see Gi-hun, Jun-hon and In-ho return, but the likes of Sang-woo, Sae-byeok and Il-nam aren’t coming back (or so the laws of life and death would suggest, anyway).

As such, we’re relatively in the dark as to where Squid Game might decide to go next. While we’d love to see more of the show’s deadly puzzles, we also don’t want to see Netflix commission a shoddy second run for the sake of cashing in on its popularity.

But then again, wouldn’t it be criminal to cancel your most popular show after just one season?

Pegasus Scandal: Israel Issues Stricter Guidelines for Use of Its Cyber Tech Exports