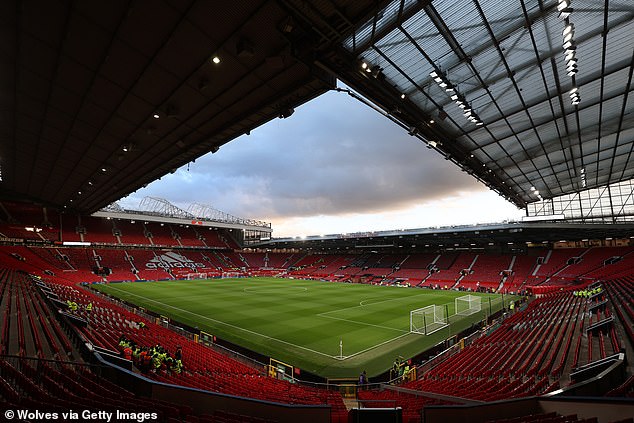 It would appear that performance issues at Manchester United have spread from the pitch to the kitchen.

Under new Covid restrictions, the club are providing packed lunches for players from both sides to eat after matches.

Boxes are placed on a table outside the changing rooms but have largely been left untouched.

Indeed, one United player told an opponent ‘Don’t eat them, they’re s***’, before a recent match at Old Trafford.

Former Liverpool player Jim Beglin was quick to semi-apologise when he referred to the Etihad Stadium as the ‘Emptyhad’ during Manchester City’s 1-0 win over Chelsea on Saturday.

Officials at the Premier League champions were thoroughly unimpressed and it is understood that they complained to in-house broadcaster Premier League Productions while the match was ongoing.

City have a long-held belief that they do not get fair representation in a media landscape short on ex-former players.

The term ‘Emptyhad’ is often used by rival fans to take a swipe at City. Beglin tweeted that he has ‘the greatest respect’ for City and ‘in no way was a verbal error intended to cause offence’. 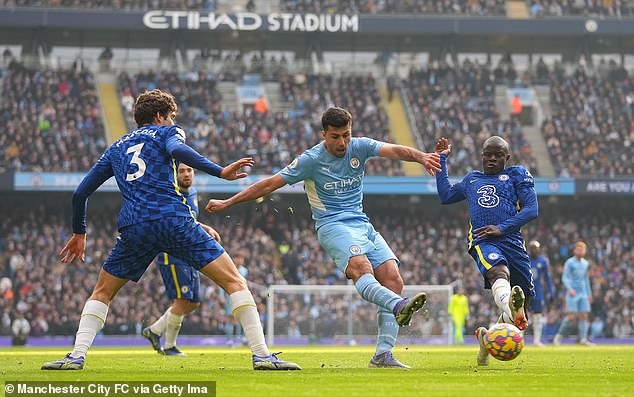 Many have wondered aloud how Jez Moxey retains a seat on the EFL board despite not having an executive role at Burton Albion.

Those who have pondered the non-exec’s position now believe he may be at the centre of a substantial conflict of interest given that the board will vote through a deal on a Derby County takeover.

Moxey is representing a consortium in the running to buy the stricken Championship club and is expected to become chief executive should it prevail.

The EFL point out that Moxey is currently not permitted to attend board meetings but regardless there are concerns about how much influence he exerts.

In what is not a happy camp, fellow board member and Middlesbrough chief executive Neil Bausor is also currently excluded from meetings given Boro’s ongoing attempt to sue the Rams over Financial Fair Play breaches they believe cost them a shot at promotion.

Last week, this column reported how a number of Premier League sides were planning trips to warm weather destinations for the forthcoming break.

Insiders have disclosed that refuseniks, who continue to insist on not having the jab, face the prospect of being left at home while their vaccinated pals jet off to sunnier climes.

Plans to switch Wales’s home Six Nations matches to England — first revealed by Sportsmail — were at an ‘advanced stage’, insiders have disclosed.

The prospect of playing on enemy turf, albeit stomached while the Millenium Stadium was being built, is believed to have helped persuade First Minister Mark Drakeford to relent on his Covid restrictions which included allowing only 50 people to attend open air events, although he insisted external pressures did not force his hand. 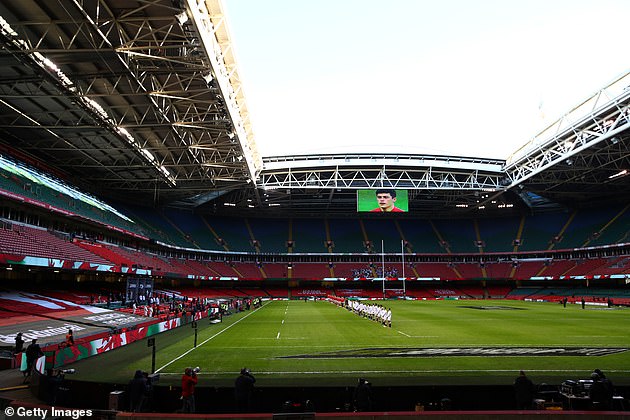 Wales are scheduled to face Scotland, France and Italy at the Principality Stadium in Cardiff

Should they have remained in place, the WRU would have missed out on around £5m.

Even now, they face a race against time to sell tickets for the games against Scotland, France and Italy.

Meanwhile, more than 1,100 Swansea City fans, starved of action, made the long journey to see their side draw 1-1 at Huddersfield Town on Saturday, albeit with entry reduced to £5.

Chisora slugs it out with Jordan

An illuminating meeting of the minds when heavyweight boxer Derek Chisora faced up to heavyweight broadcaster Simon Jordan at talkSPORT.

Former Crystal Palace owner Jordan, never short of an opinion, had previously questioned Chisora’s boxing credentials and his future in a telephone blast that went viral. 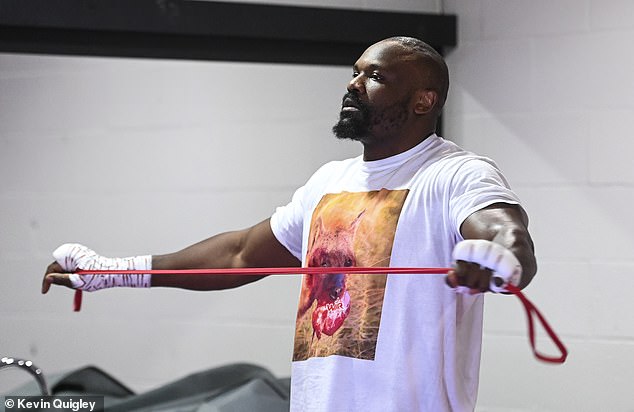 So the big man came looking for revenge.

Their Round Two verbal joust finished in a draw — although Chisora claimed the prize when he smuggled away an Arias (Audio and Industry Award) trophy and later boasted of his success on social media.

Brit reporters travelling to Beijing for the Games are facing tough Covid restrictions with two pre-departure PCR tests in one of only a handful of permitted UK clinics, limited access into Beijing on only a few recognised airlines, a battery of eye-watering, robust PCR tests and restrictions once in China and the constant threat of 21 days of enforced quarantine.

A miserable situation is even more stringent for the athletes, who will be subjected to no fewer than five PCR tests before they even depart.

In a move set to be announced imminently, Scammell will be reunited with former United colleague Jamie Reigle, with the pair having worked under the commercial team run by new Old Trafford chief executive Richard Arnold.

Reigle spent a decade at United overseeing its global commercial operations. The eighth season of Formula E starts on January 28 and the series will come to London’s ExCeL in July.

The absence of National Hockey League players from the ice hockey competition in the upcoming Beijing Winter Olympics may actually be a good sign for cricket’s Olympic hopes.

With the likelihood that only one more team sport will be added to the Games Programme for LA 2028, word is that it will be between cricket and baseball. Conventional wisdom says it should be baseball, a national sport in the US.

However, if Major League Baseball athletes follow the lead of their NHL peers and do not take part, there would be limited appetite for Americans to watch a lesser version and the financial lure of cricket would come into play. The decision to select the team sport for the Games will likely come ahead of MLB making their decision to allow athletes to participate.

Ironically, a key decision- maker for the Games programme will be Casey Wasserman, chairman and chief executive of LA 2028. No one will be better placed to know which way the MLB is leaning than Wasserman as he is also chairman of the Wasserman media group that manages several leading MLB athletes.

One might imagine that, following whistleblower Azeem Rafiq’s comments in this newspaper that he did not intend for David Lloyd to lose his job at Sky Sports as a result of his revelations, the broadcaster may have given its move a rethink.

‘I really hope his departure from Sky had nothing to do with me because it was not my intention for him to lose his job,’ said Rafiq.

‘That is not change. It just looks like someone throwing the book at them to make themselves look good. It’s not fair.’

Sky’s response when asked by Agenda if Bumble would be making a return? ‘No comment.’