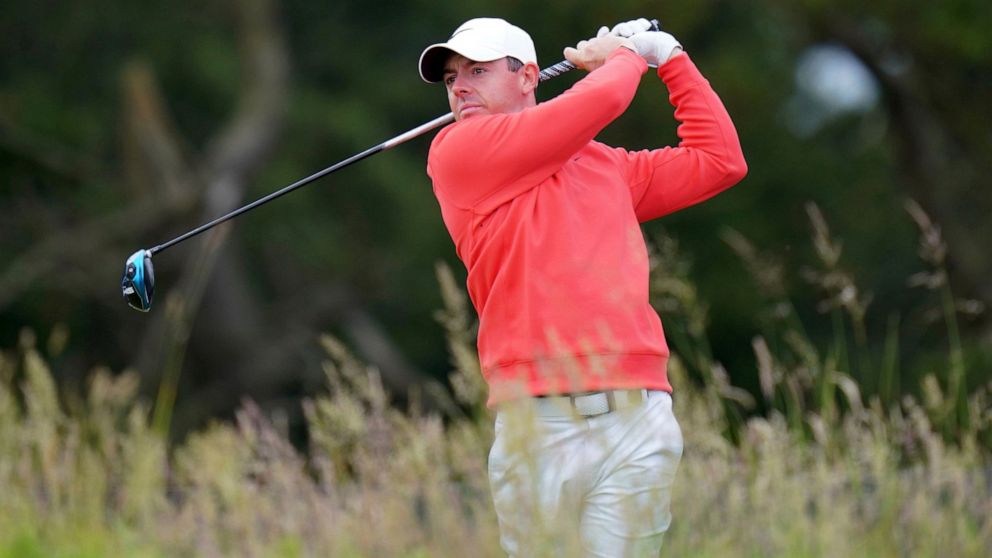 NORTH BERWICK, Scotland — A spectator was escorted from the course at the Scottish Open on Friday after taking a club from Rory McIlroy’s bag and taking a few swings with it.

The incident took place on the 10th tee, where McIlroy was waiting to get his second round underway at The Renaissance Club in North Berwick.

Widely spread footage on social media showed a man walk on to the tee, take the head cover off McIlroy’s driver and then grab an iron from the bag. McIlroy, a four-time major winner, was seen looking on in bemusement.

The man was eventually escorted off the tee by a security guard after handing the club to McIlroy’s caddie, Harry Diamond.

“At approximately 8am on Friday morning, a spectator entered the tenth tee area,” a statement from the European Tour read. “He was quickly escorted from the tee by security personnel and the matter is in the hands of Police Scotland.”

U.S. Open champion Jon Rahm and Justin Thomas, Nos. 1 and 3 in the world, respectively, were also on the tee as playing partners of McIlroy. No one was hurt in the incident.

David Wilson, a member of nearby club Kilspindie who posted the footage, said in The Scotsman newspaper: “The players laughed it off, saying they knew he wasn’t a golfer when they saw his grip.”