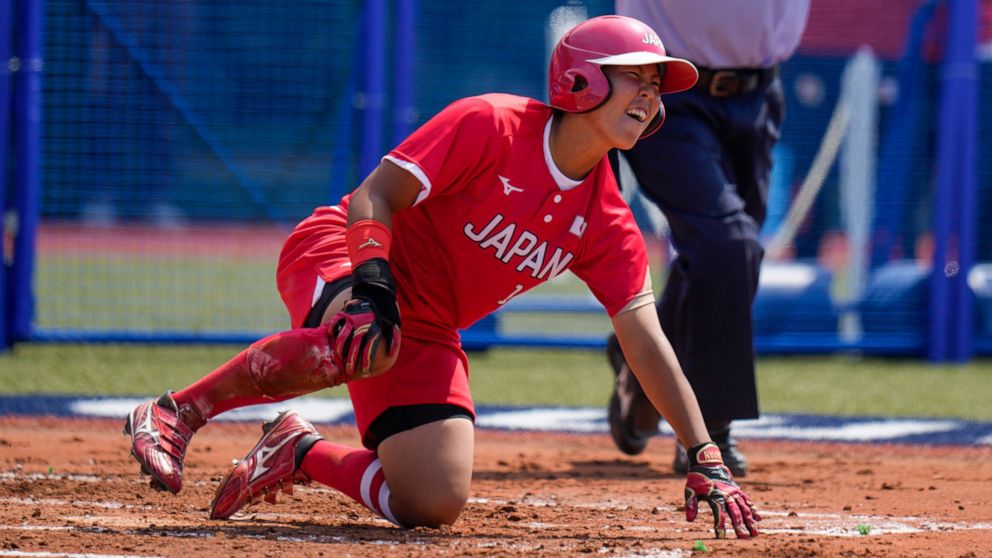 Playing about 150 miles from the main Olympics sites in Tokyo, the teams lined up for the national anthems in a stadium with a listed capacity of 30,000 that had about 50 spectators, presumably team and Olympic officials, plus media.

Australia took a 1-0 lead in the first when the 39-year-old Ueno, who pitched a six-hitter to beat the U.S. in the 2008 gold medal game, forced in a run by hitting Chelsea Forkin with a pitch, her second straight hit batter.

Fans were barred from the Olympics because of the coronavirus pandemic, which caused a one-year delay in the Tokyo Games. Many in Japan have questioned whether the Olympics should take place at all with low levels of vaccination in the nation.

The first two days of the softball tournament are being played about 40 miles from the site of a 2011 nuclear power plant disaster. The rest of the tournament will be in Yokohama, near Tokyo.

Most of the apprioximately 11,000 athletes are in the Tokyo area.

Japan is defending softball gold medalist after upsetting the U.S. in the 2008 final. Softball and baseball were dropped for 2012 and 2016 and restored for these Olympics. The already have been dropped for the 2024 Paris Games and are likely to be restored for 2028 in Los Angeles.

Because of the early morning start, the sun was in the eyes of left-handed batters.