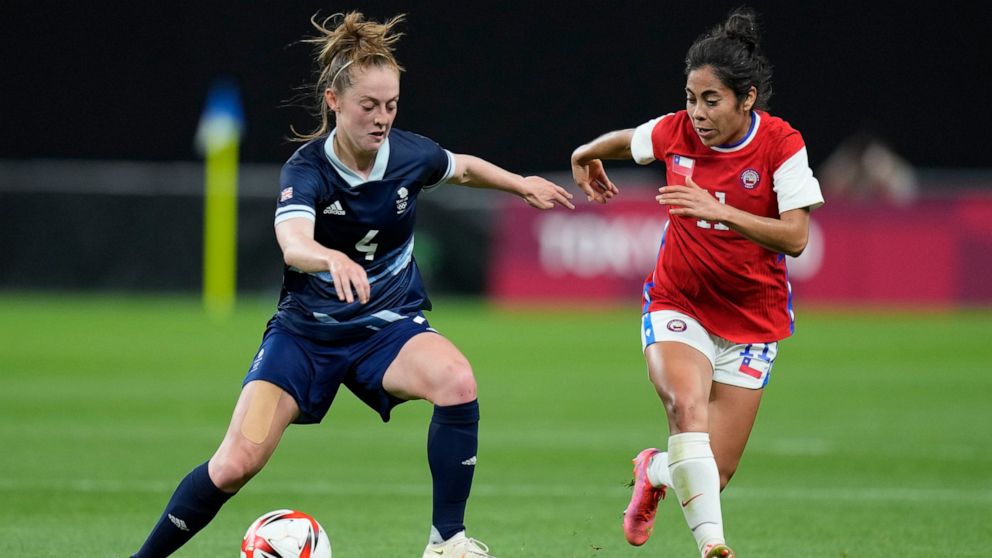 TOKYO — The referee’s whistle blew, the British players glanced at one another and they dropped to their knees. Their Chilean counterparts responded in kind, all taking a knee at the Sapporo Dome.

An hour later, it was the American and Swedish players in Tokyo taking part Wednesday in united, unprecedented gestures against racism by teams at an Olympics.

On the initial day of action at the Tokyo Games, the women’s soccer players were the first athletes to use the Olympic platform for a display of activism.

Long restricted by the International Olympic Committee, such protests within limited parameters are now permitted at the Games inside the field of play.

The British players decided at a team meeting before flying to Japan to perform the gesture that has been featured over the last year at club matches in the Women’s Super League in England.

Unlike in sports like the NFL, where players take a knee during the national anthem, in soccer it happens just before kickoff.

It was in 2016 that Colin Kaepernick first kneeled rather than stood during the anthem while playing for the San Francisco 49ers.

Soccer previously shunned any form of activism at matches. But FIFA relaxed its policy last year after players in Europe decided to use matches to protest racial injustice sparked by the death in Minneapolis of George Floyd, a Black man, at the hands of a white police officer.

FIFA also told referees to apply common sense and to allow players to display T-shirts with messages against racism that previously were banned in soccer.

The IOC allows gestures of activism — if permitted by that sport’s governing body — only before or after the official start of events at the Olympics.

Podium protests are still off-limits, prohibiting a repeat of the raised black-gloved fists of American sprinters Tommie Smith and John Carlos at the 1968 Mexico City Olympics.