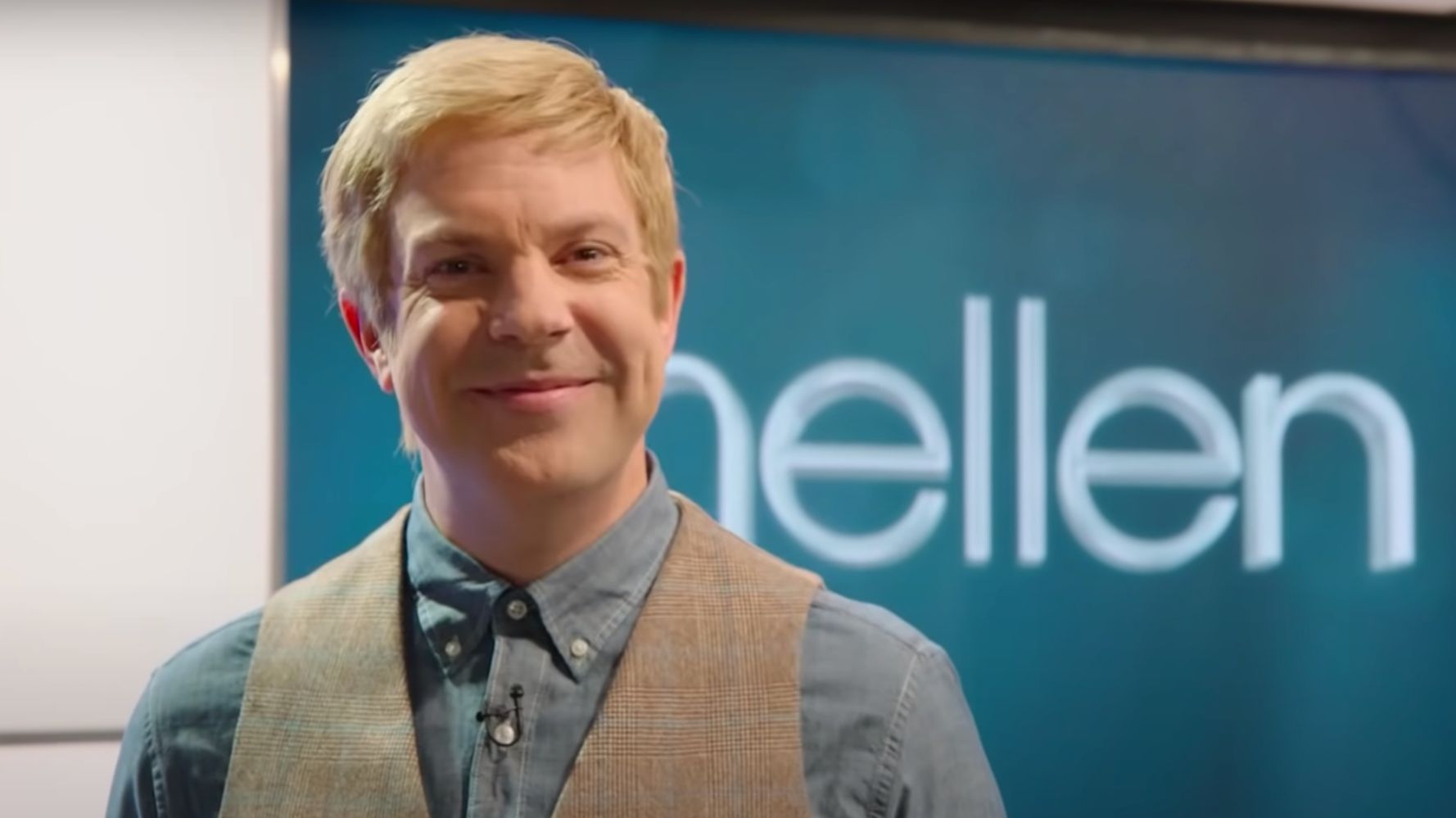 With the end of Ellen DeGeneres’ long-running talk show in sight, let’s all welcome the new daytime king of TV: Mellen ― or the “male Ellen.”

In case you’ve ever longed for a “no holds barred” version of “Ellen” with a “hard masculine edge,” “Saturday Night Live” has given you Jason Sudeikis in a blonde wig and with an impressive collection of fitted vests to satisfy your needs.

The “SNL” alumnus made his hosting debut on the late-night sketch show over the weekend and in perhaps his most unhinged sketch, the “Ted Lasso” star poked fun at DeGeneres in a spoof commercial for a. newly launched spinoff of the popular daytime talk series.

Doling out “nut taps” as frequently as high-fives and subjecting everybody to “awkward male dancing,” this version of Ellen is putting his own spin on classic pranks, including “sneak up surprises.”

But instead of having a scary clown jump out of a box or Dakota Johnson confront you over a birthday party invite, Mellen is giving the famously unvaccinated basketball star Kyrie Irving an injection without his consent.

“You just got vaxxed, Mellen-style,” Sudeikis says after the jab with a grin, as a disgruntled Irving, played by Chris Redd, responds, “I’m mad.”

And who is Mellen exactly? Well, he was just another “fan of Barstool Sports and a high-volume poster on 4chan” before agreeing to legally change his name, adopt a side-swept hairstyle, and enter the daytime arena.

Other guests on his show include Joe Rogan, Louis C.K., Jake Paul and “heroic psychopath” Connor McGregor, who predictably starts a fight with a member of the all-male audience.

Mellen’s sit-down with Paul (Pete Davidson) closes out the sketch with the social media star and boxer challenging sports legend Muhammad Ali to a fight beyond the grave.

“I’m coming for you in the ring, in the streets, in the graveyard. You can’t hide from me forever, Ali. It’s in the contract,” Davidson’s Paul threatens. “If I win, you have to change your name back to Cassius Clay.”

DeGeneres announced in May that her show would come to an end after 19 seasons, following allegations about being a toxic workplace and a steep ratings decline. Her coveted daytime slot will be taken over by Kelly Clarkson in fall 2022 ― that is unless Mellen throws his hat (a fedora, presumably) into the ring.

Check out the sketch below.