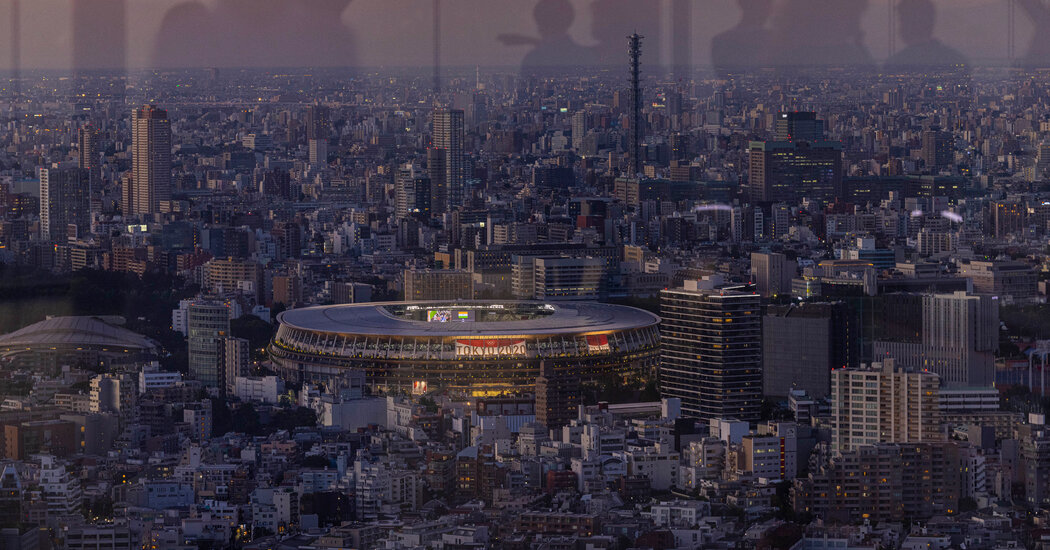 The Olympics have long been an almost ideal forum for companies promoting themselves, with plenty of opportunities to nestle ads among the pageantry and the feel-good stories about athletes overcoming adversity.

But now, as 11,000 competitors from more than 200 countries convene in Tokyo while the coronavirus pandemic lingers, Olympic advertisers are worried about the more than $1 billion they have spent to run ads on NBC and its Peacock streaming platform.

Calls to cancel the more than $15.4 billion extravaganza have intensified as more athletes test positive for Covid-19. The event is also deeply unpopular with Japanese citizens and many public health experts, who fear it will become a superspreader event.

“The Olympics are already damaged goods,” said Jules Boykoff, a former Olympic soccer player for the United States and an expert in sports politics at Pacific University in Oregon. “If this situation in Japan goes south fast, then we could see some whipsaw changes in the way that deals are cut and the willingness of multinational companies to get involved.”

Panasonic, a top sponsor, will not send its chief executive to the opening ceremony, which is scheduled for Friday. Neither will Toyota, one of Japan’s most influential companies, which also said it had abandoned its plans to run Olympics-themed commercials in Japan.

In the United States, marketing plans are mostly moving ahead.

For NBCUniversal, which has paid billions of dollars for the exclusive rights to broadcast the Olympics in the United States through 2032, the event is a crucial source of revenue. There are more than 140 sponsors for NBC’s coverage on television, on Peacock and online, an increase over the 100 that signed on for the 2016 Games in Rio de Janeiro.

“Not being there with an audience of this size and scale for some of our blue-chip advertisers is not an option,” said Jeremy Carey, the managing director of the sports marketing agency Optimum Sports.

Chris Brandt, the chief marketing officer of Chipotle, said that the situation was “not ideal” but that the company still planned to run a campaign featuring profiles of Olympic athletes.

Television has attracted the bulk of the ad spending, but the amount brought in by digital and streaming ads is expected to rise. Several forecasts predict that TV ratings for the Olympics will lag those for the Games in Rio and London, while the streaming audience will grow sharply.

Ad agency executives said companies were checking in for updates on the Covid outbreak in Japan and might fine-tune their marketing messages accordingly.

“Everyone is a little bit cautious,” said David Droga, the founder of the Droga5 ad agency, which worked on an Olympics campaign for Facebook that showcases skateboarders. “People are quite fragile at the moment. Advertisers don’t want to be too saccharine or too clever but are trying to find that right tone.”