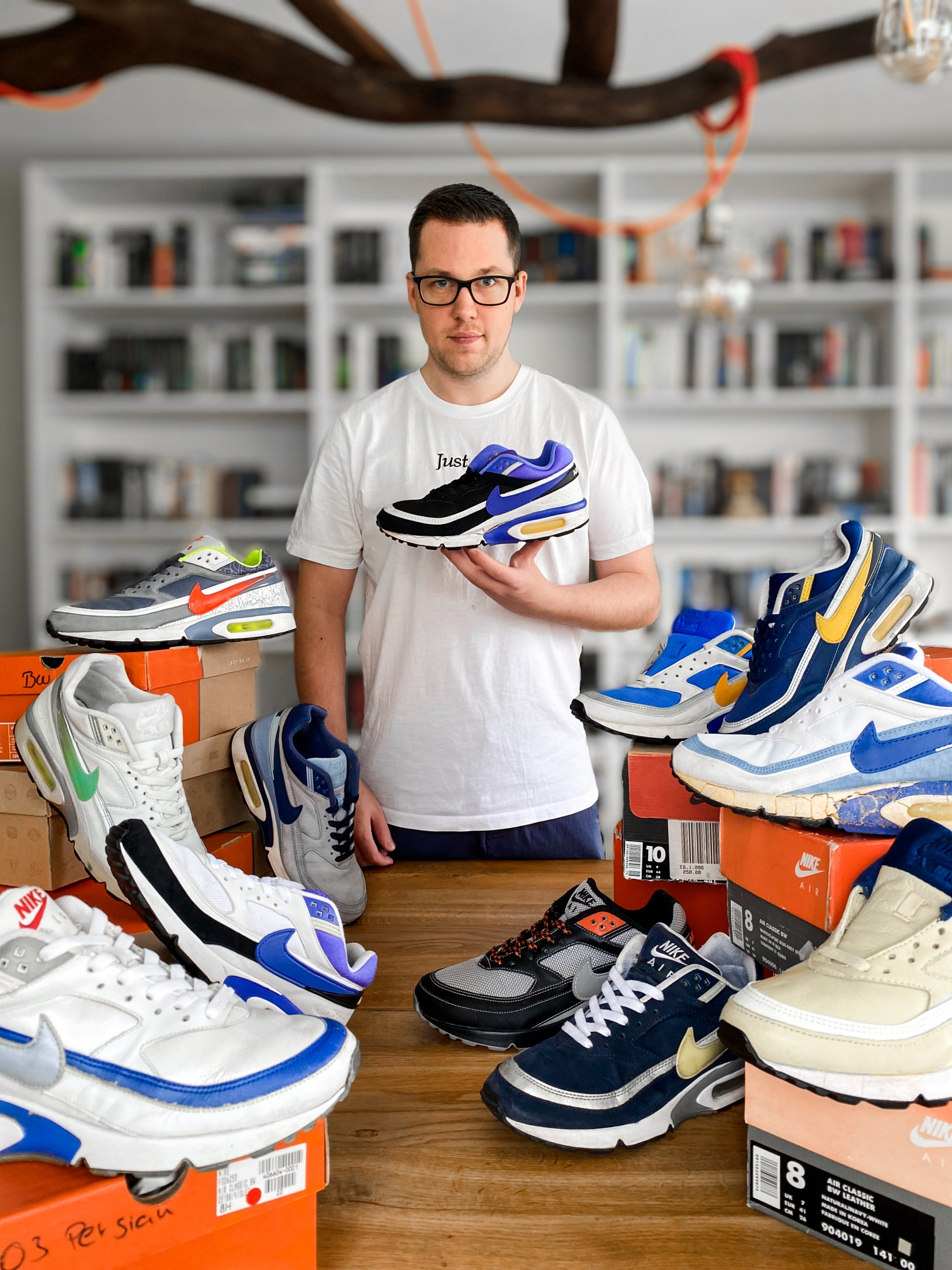 With the forthcoming release of the cult classic Nike Air Max BW, we thought it would be fitting to make this week’s size? collections all about this legendary silhouette. We had to find a collector first though, so we reached out to Yannik Schubéus to showcase his unbelievable collection. Ranging from OG pairs to Manchester size? Exclusives, this collection is full of grails that will leave Air Max connoisseurs amazed and nostalgic. So, what are you waiting for? Dig into the collection below and get in the mood for the Nike Air Max BW release on Friday…

“I got in contact with the Air Max BW through Gabber music and some people around me. After I got my first pair, I had to collect more from this amazing silhouette.”

“Currently my oldest and favourite Air Max BW. Next to the famous Persian Violet, this pair is the perfection of an Air Max BW. Mesh, textile and blue hues.”

“I got the Navy pair from a friend here in Germany. But instead of paying him an amount of money, he said: “just spend an amount to this children’s hospice, my company work for and I’m happy because the children need the money more than I need it”. This was the best way to get new shoes.”

“In 2005/2006, Nike joined forces with some retailers around the globe to be part of the Clerks Pack. Size? chose the Air Stab, Air Max 90 and this Air Max BW, which is called ‘Manchester’, with premium leather and thick mesh for a walk on a rainy day.”

“Jon Burgerman and Nike released some pairs back in 2007, the Pack included some Air Max 90s, LTDs, Shoxs, an Air Max 1 and two BWs. Every pair feature some of Jon Burgerman’s artwork.”

24 Best Undershirts for Men in 2021: The Perfect Layers to Keep You Dry and…