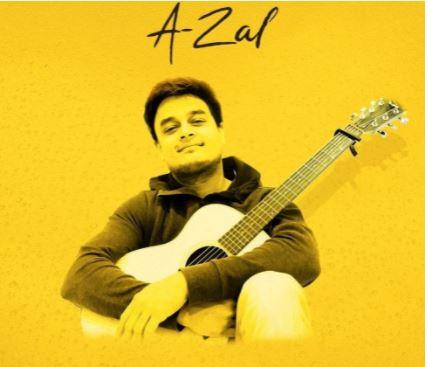 New York based singer-songwriter A-Zal (aka Atif Afzal) has stepped up his game by bagging a remarkable project each with Marvel Studios, Netflix and Amazon Prime in a single year.

Known for his work in the series’ NCIS: Los Angeles and The Twilight Zone, A-Zal’s track was featured in another American television series, Loki. Loki needs no introduction as the season 1, started airing in June 2021, was produced by Marvel Studios and is currently streaming on Disney+. Tom Hiddleston-starrer series is based on the Marvel comics featuring the character of the same name.

In addition to Loki, in his other project, he has sung and produced a song To Pu Dance for the Netflix motion picture film, Resort to Love. Starring Christina Milian with Jay Pharoah and Sinqua Walls, this pop song-filled rom-com is produced by Grammy winner Alicia Keys and will be released on July 29 this year.

Putting another feather in the cap is the release of his feature film, Black Bud, on Prime Video -Amazon. A-Zal has composed three songs and original score of this thriller-drama film released only in the USA and the UK.

Talking about his experience on three successive endeavors, A-Zal said, “As an artist, this is quite a bit of an achievement for me. I am exuberant my music is featured across feature films, television series, over-the-top content and streaming platforms leaving no stone unturned in my efforts to connect to the global audience. I have a dream to be loved by the world for my voice, and I am glad I am inching closer towards fulfilling that dream of mine.”

With this roaring success and the ceaseless passion for music, Atif is currently working on a solo pop album, 17&11 Nights. A single of the album – I’m Looking Through You – is slated to be released in September this year. This pop album would be Atif’s second album after his solo world music album Celebration! released by BMG, one of the popular record labels around the world, in March 2020.

To say that Atif has worked his magic in the East and the West would be an understatement. Using his versatility and immense knowledge of music styles, Atif has bowled over, both, veteran and independent filmmakers in Los Angeles, New York, Berlin and Australia.

“That’s just the first half of the story,” he concludes, “The best is yet to come.”