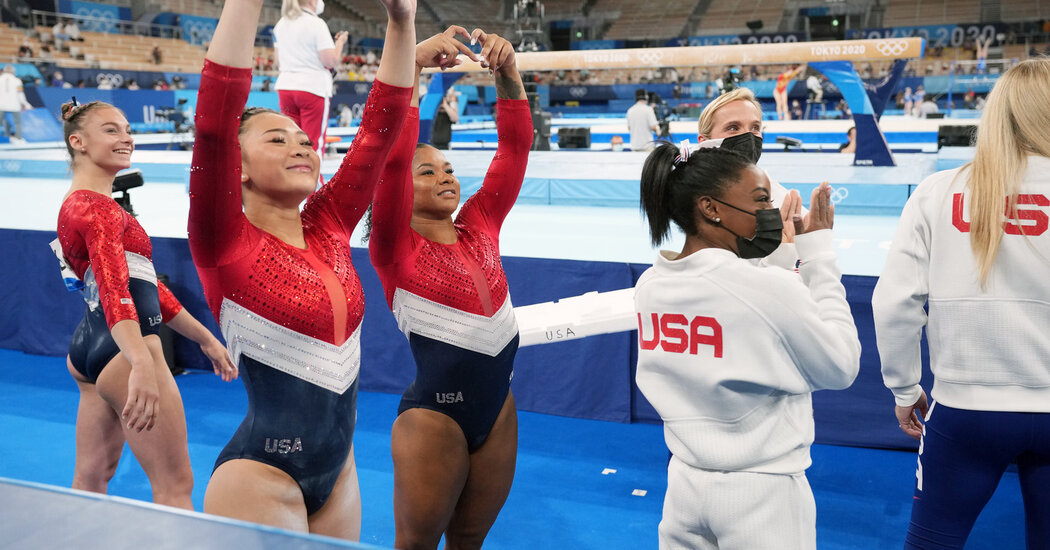 Simone Biles, the American gymnastics star, has pulled out of the team competition at the Tokyo Olympics, according to Carol Fabrizio, a U.S.A. Gymnastics spokeswoman. Fabrizio did not offer a reason for the withdrawal.

U.S.A. Gymnastics issued a statement that said: “Simone has withdrawn from the team final competition because of a medical issue. She will be assessed daily to determine medical clearance for future competitions.”

Biles, considered the greatest gymnast in history, said this week that she felt the “weight of the world on her shoulders.” She left the competition floor on Tuesday after performing on the first apparatus of the night, the vault. She had bailed out of the vault she had planned to do — a Yurchenko with two and a half twists, watering it down to one and a half twists and then stumbling on the landing. Her score of 13.766 points was extremely low for Biles, the best vaulter in the world who can land skills so difficult and daring that no other woman even trains to do them. Without Biles’s usual high score on the vault, the United States finished the first of four events already more than a point behind Russia.

Afterward, Biles left the competition floor with a team trainer, as her coach, Cecile Landi, gathered the three remaining gymnasts and walked them to the next apparatus. The team’s plan had been for Biles to compete on the uneven bars with teammates Grace McCallum and Sunisa Lee, but it had to improvise. Jordan Chiles took Biles’s place on the event.

Upon returning to the floor, Biles rejoined the team and hugged each of her teammates. Wearing a white Team U.S.A. sweatsuit, she watched them perform their routines from the sideline, cheering loudly.

The team continued the competition without her, still hoping to win the gold medal for the third consecutive Olympics. But even though each of the three American competitors put forth solid and, in one case, spectacular uneven bar routines, the U.S. team was 2.5 points behind Russia halfway through the event.