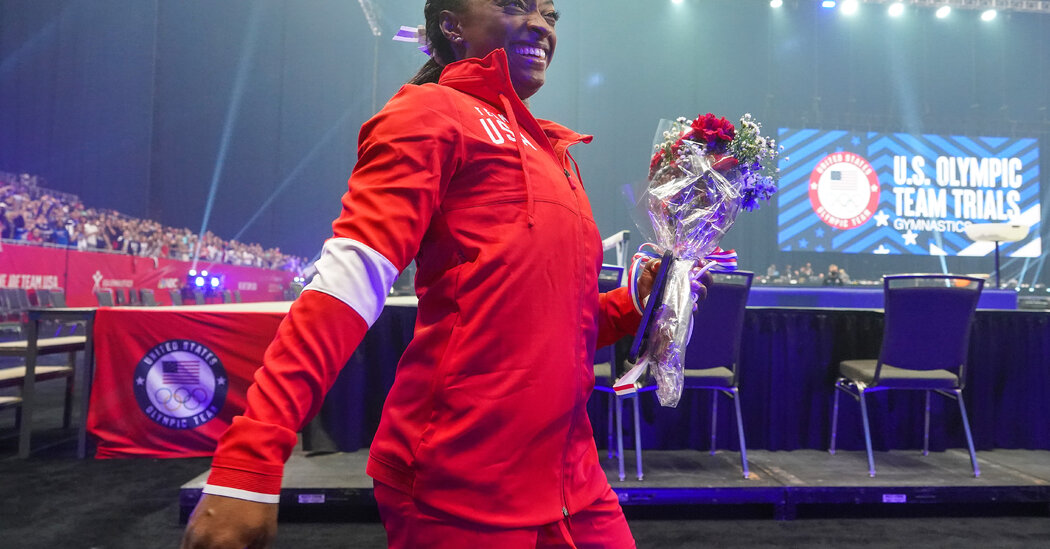 Simone Biles now has an emoji befitting her status.

Twitter hashtags of Biles’s full name or even just her first name will be accompanied by a leaping cartoon goat wearing a sparkling red gymnastics leotard with a gold medal draped around its neck. The social media platform’s sports account unveiled the emoji on Wednesday.

Biles, 24, the most decorated gymnast in history, has often worn leotards bedazzled with a goat, a nod to the designation “Greatest of All Time.” Biles has five Olympic medals and 25 world championship medals and has several moves named after her.

She headlines a United States squad that is looking to win the team gold medal for a third consecutive Games. The women’s gymnastics qualifying competition starts on Saturday at 9 p.m. Eastern time.