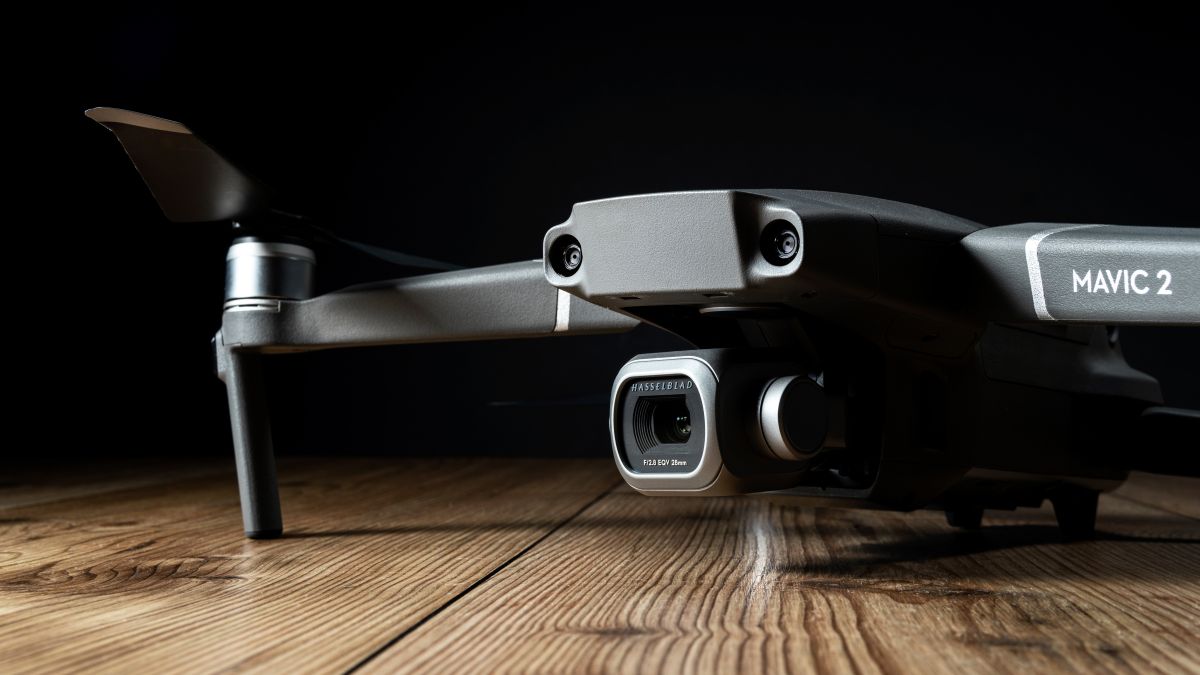 DJI has soared high above most other drone makers in the past few years, but there’s no doubt it’s hit some turbulence recently. With the pandemic keeping most of us indoors and the US adding the company to its ‘Entity List’ at the end of 2020, it’s been a challenging year for the drone king. So is it still a good time to buy a DJI drone?

There are a few things to consider before answering that question, and we’ve covered them all in our guide below. Beyond DJI’s political difficulties in the US, there are the added factors of increased competition from the likes of Autel and Skydio, plus recent changes to DJI’s own range in the form of new models.

This means that deciding whether or not to buy a DJI drone will very much depend on your budget and the type of images or video you’re looking to shoot. But whether you’re looking for your first drone or wondering whether it’s still worth considering more advanced models like the DJI Phantom 4 Pro V2.0, our guide will help you reach the right decision.

What happened with DJI drones in the US?

DJI recently faced resistance in the United States from the US Department of Commerce. On 18 December 2020, the company was included on the US ‘Entity List’ with other Chinese companies like Huawei, which was added to the list in 2019.

This trade blacklist doesn’t mean that DJI is banned from selling drones in the US. It simply means that DJI is currently restricted from accessing US technologies and components. While this could well impact product development and access to supply chains in the long term, right now the decision has no direct impact on US drone buyers. DJI products are still available to be bought, sold and used in the US.

So, why has DJI been included on the entity list? The US government didn’t specifically say why DJI had been included, but it did reveal why four companies (including DJI) had been blacklisted. These reasons included “facilitating the export of items by China that aid repressive regimes around the world”, and “enabling wide-scale human rights abuses within China through abusive genetic collection and analysis or high-technology surveillance”.

Of course, DJI refuted these allegations and there’s no evidence that DJI drones have either been involved in these activities or ever used malicious code. In June 2021, the Pentagon also cleared two DJI models for use, saying that they were “recommended for use by government entities and forces working with US services”.

As things stand, then, we’re still very happy to recommend DJI drones to our US-based readers. This could change in the future if the US government takes an even tougher stance against Chinese technology companies. But as the recent Pentagon report shows, this seems unlikely – and despite the incident, DJI remains by far most popular drone brand in the US with a relatively unchanged 76.1% market share, according to analysts Drone Industry Insights.

Is it a good time to buy a DJI drone?

Over the past year, DJI has released several drones that cater to the needs of most people – so while there are a few exceptions (which we’ll go into below), it is certainly a good time to buy a DJI drone. Whether you’re looking for a compact and lightweight model, a drone with a 1-inch sensor, or even the immersive experience of FPV (First Person View) drones, DJI’s most recent releases have generally continued its run of good form.

The DJI Air 2S (above) and DJI Mini 2 are, in particular, great drones in their own right, offering something for most types of drone flier. We’ll look at these in slightly more detail in the section below. But when it comes to the DJI Mavic 2 Pro and DJI Phantom 4 Pro V2.0, which are older models, you can find better alternatives within the DJI line-up or from competitors.

The Autel EVO II is available with three different interchangeable cameras, including one with a 1-inch sensor and up to 8K video, while the Skydio 2 (below, which is currently US-only) offers incredible subject-tracking modes. The older Parrot Anafi also offers built-in image stabilization, 4K video and weighs just 386g, so is still worth considering despite Parrot recently switching its focus to enterprise models like the Parrot Anafi AI.

While it’s unlikely that we’ll see major price reductions on recently-launched drones over the next few months, it could be worth waiting until the Black Friday sales if you’re looking at a slightly older model (for example, the DJI Mavic Mini or DJI Mavic Air 2) and aren’t in any major rush.

Which DJI drones are the best?

Choosing the right drone for you depends on several factors including price, features, size and weight. But whatever your needs and budget, our two favorite DJI drones – the DJI Mini 2 and DJI Air 2S – will almost certainly tick most boxes for you, whether you’re a beginner or an experienced drone pilot.

The DJI Mini 2 (above) is the smallest and most lightweight drone in its line-up at just 249g and small enough to fit in the palm of your hand when folded. With a 12MP 1/2.3-inch CMOS sensor and the ability to shoot in raw, JPEG and 4K video at up to 30fps, the Mini 2 is a great option for beginners and those who need an incredibly small drone.

Having been released in November 2020, it’s also unlikely to be replaced soon. If you don’t need 4K video, though, then it’s worth considering the DJI Mavic Mini, which also handily works with third-party apps like Litchi that bring extra features like subject-tracking.

If you have a bit more to spend and want an all-rounder that can capture professional-quality stills and video, then the the DJI Air 2S (above) is a near-perfect choice – it’s currently our pick for the title of best drone.

Outside of those top two drones, we’d also consider the DJI Mavic Air 2 (above), particularly if you see it discounted from its launch price of $799 / £769 / AU$1,499. This predecessor to the DJI Air 2S has a smaller 48MP 1/2-inch sensor, but is otherwise pretty comparable to its newer sibling, thanks to its excellent 4K/60p video quality and Ocusync 2.0 connectivity.

What about the DJI Mavic Pro 3?

Eagle-eyed readers will have noticed that we didn’t mention the DJI Mavic 2 Pro in the section above, despite it still being the flagship Mavic model with a 20MP 1-inch CMOS sensor, an adjustable aperture and the ability to shoot raw stills and 4K/30p video. But quite simply, it’s nearing the end of its product cycle and the announcement of the DJI Mavic 3 Pro is highly anticipated.

It’s still very early days for Mavic 3 Pro (or perhaps DJI Pro 3) rumors, but we’ve already put together a wishlist of features that include a video resolution boost and a new Smart Controller. While 8K video would appear to make sense for DJI’s next ‘Pro’ model, considering the Air 2S tops out at 5.4K, it’s unlikely to be possible on anything smaller than a Four Thirds sensor, which isn’t really compatible with a drone the size of the Mavic 2 Pro.

While this is all just speculation right now, there has been one leak that suggests that DJI has patented a new drone featuring two downward motors and two upward motors. If this patent is for the Mavic Pro 3, it would certainly set an interesting new direction for the design of its ‘Pro’ models in the future.

The leap that was made from the original Mavic Pro to the Pro 2 was significant, so expectations for a third iteration of the Mavic Pro line are high. You can read our full wishlist for the drone in our DJI Mavic 3 Pro: what we want to see guide.

While it’s been a tough year for DJI, the Chinese brand remains the most popular drone maker in the US and worldwide – and for good reason. Some welcome competition from the likes of Autel, Hubsan and Skydio has arrived and we’re looking forward to seeing that continue. However, the latter was recently forced to raise prices for its Skydio 2 drone due to the global chip shortage and is still only available in the US (despite long-held promises to expand internationally “soon”).

We remain happy to recommend DJI drones despite its political scuffles, and the two models that really stand out are the DJI Air 2S (for keen hobbyists and pros) and the DJI Mini 2 (for beginners). Those drones remain class-leading options, though that’s not the case for all DJI drones – the recent DJI FPV is fun but flawed, while the DJI Mavic 2 Pro has effectively been knocked out of contention by the DJI Air 2S (unless you really need a drone with variable aperture).

It’s certainly possible that further new DJI models, like the rumored DJI Mavic 3 Pro, will also see their release dates pushed back by the global chip shortage, so DJI’s plans for the rest of 2021 remain unclear. But if you’re in the market for a drone with a camera, particularly one in the entry-level or mid-range price brackets, then DJI’s current offerings should definitely be near the top of your list.