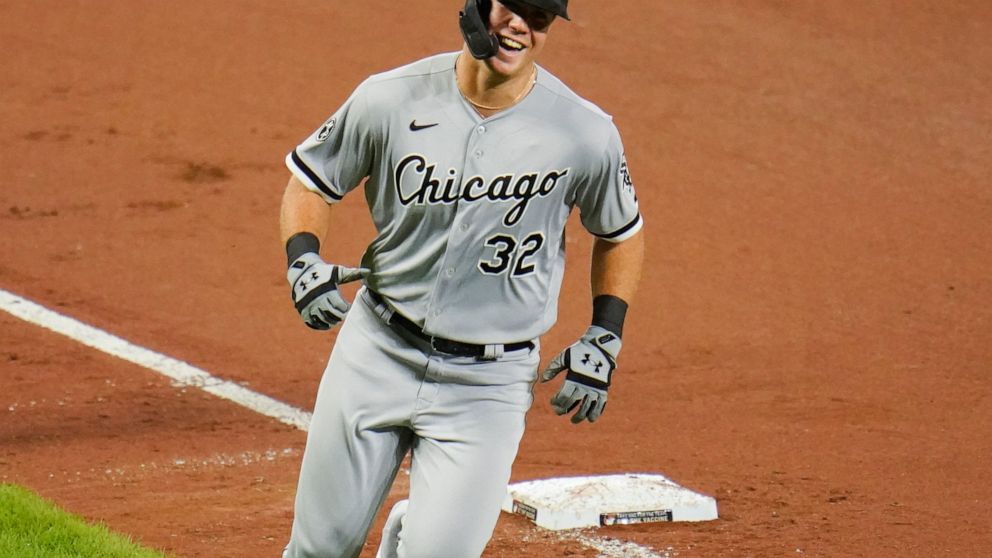 Sheets, whose father, Larry, played six seasons with the Orioles in the 1980s, said before the game it felt weird to arrive in Baltimore as a visitor earlier in the week. Whatever unease he had was long gone when he smashed a pitch from César Valdez to right-center in the seventh inning.

José Abreu reached base four times and drove in three runs and Tim Anderson had three hits for the White Sox, who have won three in a row and eight of their last 11.

Dallas Keuchel (7-3) scattered seven hits over seven innings, yielding one run to earn his first road victory since May 17. Keuchel improved to 4-0 with a 2.70 ERA in his last seven starts against the Orioles.

Baltimore has dropped four of five this month. It has lost six in a row to Chicago — a streak that dates back to 2019 — for the first time since a six-game skid in 1998.

Anderson, who extended his hitting streak to 10 games, scored on Brian Goodwin’s double in the third and Abreu’s single in the fifth. Both runs came against Baltimore starter Jorge López (2-12), who leads the majors in losses. Lopez gave up eight hits in four-plus innings.

Anderson’s two-run double was the only hit of the White Sox’s four-run burst in the sixth. Goodwin’s bases-loaded walk and Adam Engel’s ensuing sacrifice fly made it 6-1 as Chicago capitalized on five walks in the inning.

Sheets’ homer started a three-run seventh. His dad hit a career-high 31 home runs for the Orioles in 1987.

Abreu hit a two-run double later in the seventh. Engel added a three-run homer in the ninth.

Baltimore shortstop Ramón Urias led off the second with a homer to left. Anthony Santander nearly did the same in the fourth, but an umpire review ruled his shot to right-center was actually a double. Keuchel retired the next three batters to strand Santander at second.

White Sox: OF Eloy Jiménez will now begin a rehabilitation assignment Saturday after at Class A Winston-Salem’s game Friday was rained out. Jiménez underwent surgery March 30 after suffering a torn pectoral in spring training.

White Sox: RHP Lucas Giolito (6-6, 4.20 ERA) allowed one run and struck out a season-high 12 in seven innings on May 30 against Baltimore.

Orioles: RHP Thomas Eshelman (0-1, 7.16), who has never faced the White Sox, has not completed five innings in any of his four starts this season.