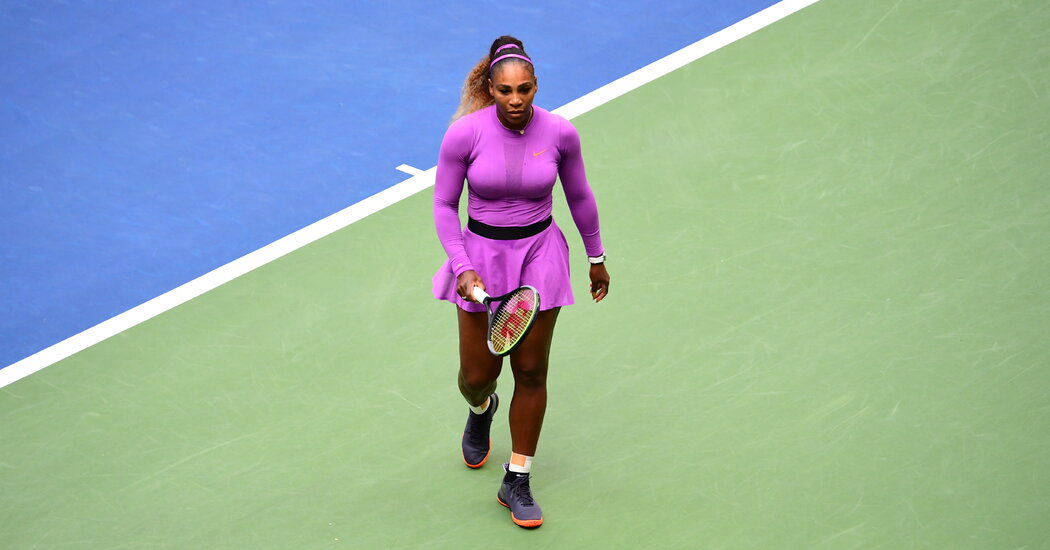 Serena Williams withdrew from the U.S. Open on Wednesday, pulling out of the major tournament and extending her latest break from the game that she once dominated.

“After careful consideration and following the advice of my doctors and medical team, I have decided to withdraw from the US Open to allow my body to heal completely from a torn hamstring,” Williams wrote on Instagram. “New York is one of the most exciting cities in the world and one of my favorite places to play — I’ll miss seeing the fans but will be cheering everyone on from afar. Thank you for your continued support and love. I’ll see you soon.”

Williams, who is ranked 22nd on the WTA Tour at age 39, has not played on tour since retiring in the first set of her first-round match at Wimbledon on June 29 because of an injured right hamstring. Williams was in tears as she shook the hand of her opponent, Aliaksandra Sasnovich, and she stumbled as she exited Centre Court, receiving assistance to reach the clubhouse.

She skipped last week’s Western and Southern Open in the Cincinnati suburbs to allow herself more time to recover, and said in a statement that she planned “to be back on the court very soon.”

But she could not recover in time to play at the U.S. Open, where she has won six singles titles, including her first Grand Slam singles title in 1999 as a teenager. The tournament begins Aug. 30 in New York.

She last missed the U.S. Open in 2017 during her break from the sport because of the birth of her daughter, Olympia. She returned to the tour in March 2018 and until now had participated in every Grand Slam tournament since her comeback.

She lost the 2018 U.S. Open final to Naomi Osaka of Japan and the 2019 U.S. Open final to Bianca Andreescu of Canada. Last year, when the tournament was held without spectators because of the pandemic, she fell in the semifinals to Victoria Azarenka of Belarus in three sets.

Williams’s announcement leaves the U.S. Open without three of the sport’s biggest stars. Roger Federer, 40, and Rafael Nadal, 35, have withdrawn and ended their 2021 seasons because of injuries. This is the first time since 1997 — nearly a quarter century ago — that the U.S. Open will be played without at least one of the three.

Williams, like Federer and Nadal, is one of the greatest champions in tennis history. She has often overpowered the opposition with her intimidating serve and returns. But her chances of winning a record-tying 24th Grand Slam singles title appear increasingly slim. She will turn 40 next month, and her ranking has slipped out of the top 20.

Her only tournament title in the last four and a half years came in a lower-tier event in Auckland, New Zealand, in January 2020.

Her future in the game remains unclear. She returned to the tour after childbirth with the goal of winning more major singles titles and surpassing Margaret Court’s longstanding record of 24. Williams last won a Grand Slam title in January 2017 at the Australian Open, defeating her sister, Venus Williams.