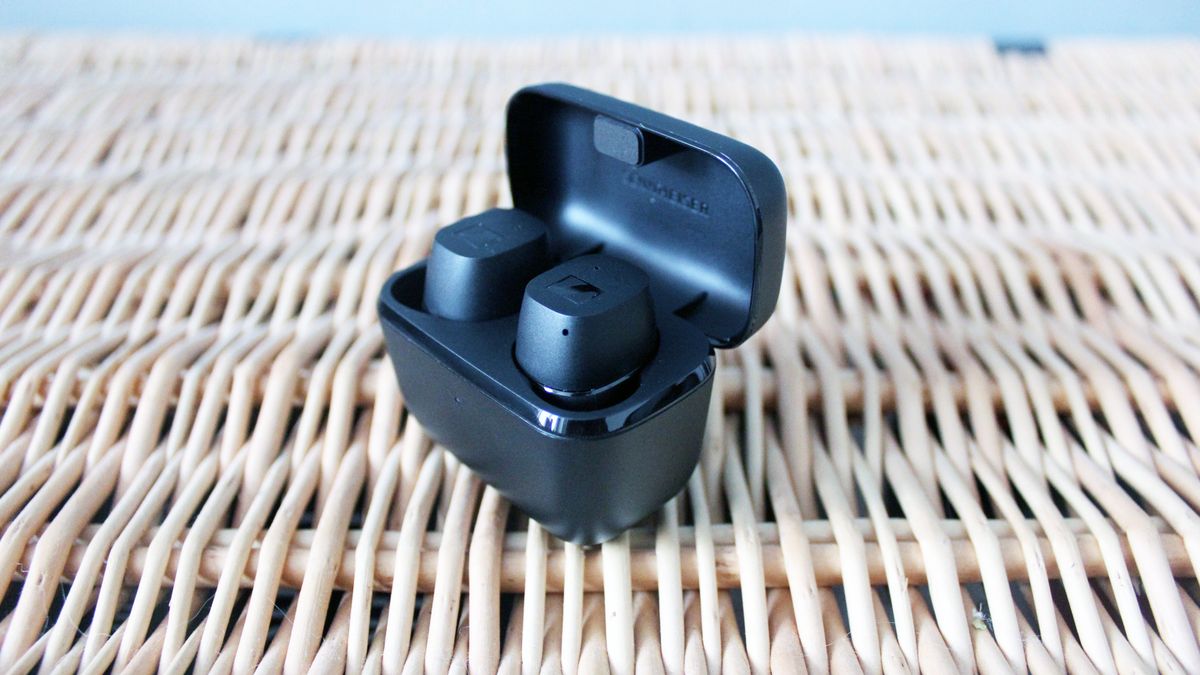 The Sennheiser CX True Wireless are the latest wireless earbuds from the German audio giant. Picking up where the CX 400BT left off, they’re cheaper than their predecessors, despite including a host of upgraded features that comprises a longer battery life and better connectivity.

The CX 400BT were already a very accomplished set of true wireless earbuds, offering an expansive sound and good touch controls – and the CX True Wireless improve on them in nearly every way.

Audio quality is exactly what you’d expect from Sennheiser, with a wide soundstage, clear mids, detailed trebles, and powerful bass frequencies. Nevertheless, we were still surprised by how good these earbuds sound for the price. Audiophiles may prefer a more neutral soundstage (the low end is quite pronounced), but there’s no denying that the Sennheiser CX delivering a very enjoyable listening experience.

The controls and accompanying app are very easy to use, and Bluetooth 5.2 connectivity ensures a stable connection with your device. Hi-res audio support is included, too, for those who want to eke out every last bit of detail from their music.

Our only real bugbear is the CX True Wireless’ design, which we found far too bulky for our ears – in fact, they became painful to wear at times. We’re hesitant to judge Sennheiser too harshly for this, since most users will probably be able to use them without issue. Just be aware that, if you have smaller ears, you may find the CX True Wireless uncomfortable.

Still, that isn’t enough for us to write off these earbuds. For the price, you get excellent audio performance, good battery life, easy controls, a helpful app, and great connectivity.

That makes them significantly cheaper than their predecessors; the Sennheiser CX 400BT cost $199 / £169 / AU$299 at launch in September 2020. They’re also less expensive than the Apple AirPods – unless you’re able to find a good deal on the popular wireless earbuds.

There are cheaper wireless earbuds available, although few come with the respect a name such as Sennheiser commands. Check out the Lypertek PurePlay Z3, if you’re on a strict budget.

The price of the new Sennheiser buds puts them in direct competition with the Cambridge Audio Melomania 1 Plus, to which we awarded five stars as a result of their excellent audio performance and easy controls.

The design of the Sennheiser CX True Wireless doesn’t deviate very far from the previous model, with a rather functional look that will appeal to minimalists – although it might not hold as much appeal to those who prefer their earbuds to make a statement.

Available in matte black or white, the earbuds sport large, square housings that are engraved with the Sennheiser logo. You’ll find a range of eartips in the box, making it relatively easy to find a decent fit – that is, if the bulky housings don’t get in the way.

Admittedly, our ears are on the smaller side, and as such found the housings incredibly uncomfortable. This won’t be the experience of everyone, but it’s worth bearing in mind if your ears are petite.

The CX True Wireless charging case hasn’t changed much compared to the previous model, either – it remains bulky, and hence a little tricky to slip into a pocket. The case is charged via a USB-C port; there’s no wireless charging here, but we wouldn’t necessarily expect it at this price.

On the outside of the charging case is an LED light that indicates its remaining battery life. It lights up green, yellow, or red, depending on the level of charge you have left in the case.

The housing of each earbud is touch-sensitive, allowing you to control your music playback, accept, end, and reject calls, and summon your device’s voice assistant by using a series of different tap combinations. We found the touch controls very responsive, with intuitive combinations that were easy to remember. We particularly welcomed the holding down of the left or right earbud to increase or decrease the volume, which is a feature you don’t always get with true wireless earbuds.

Thanks to a recent firmware update, you can now customize the touch controls via the Sennheiser Smart Control app, which is a handy feature that makes these buds feel a little more personal.

Inside each earbud is Sennheiser’s TrueResponse transducer, which the company claims will help the units to deliver “deep basses, natural mids, and clear, detailed treble”.

Based on the time we’ve spent with the CX True Wireless, the earbuds are certainly capable of meeting those claims. Listening to Al Green’s Let’s Stay Together, we were struck by the richness of the bass frequencies, which drove the track with control and vigor.

Vocals sound sublimely clear, with plenty of detail from the harmonized backing singers. Overall, the soundstage feels surprisingly wide, with decent separation between the different frequencies, and a good level of clarity across the board.

Moving on to Catatonia’s Mulder and Scully, overdriven guitars sound rich without overpowering the vocals, while the bass lines are powerful with an excellent level of control. In tracks with a very extended low end, such as The Cardigans’ My Favourite Game, the bass can become slightly overwhelming; some may prefer the more neutral soundstage offered by the CX 400BT as a result. Still, the latest Sennheiser buds offer an undeniably enjoyable listening experience that will get your toes tapping.

If you find the sound isn’t quite to your liking, you can adjust the EQ settings via the Sennheiser Smart Control app, either by manually altering the frequency sliders or by choosing from a variety of presets.

27-hour battery lifeBluetooth 5.2 with SBCC, AAC, and aptXEasy to pair

Compared to the CX 400BT, the new Sennheiser buds offer improved battery life, with 9 hours from the earbuds themselves, and a further 18 hours from the charging case – that’s an increase of 7 hours.

Still, it isn’t class-leading by any means – many wireless earbuds offer more than 40 hours of playback these days – and it’s a shame that the case doesn’t provide more charges when you consider its size.

Connectivity, too, has been improved, with Bluetooth 5.2 compatibility and SBC, AAC, and aptX codec support. As such, you shouldn’t experience any issues streaming hi-res audio tracks. Pairing the earbuds with our phone was a breeze, and we didn’t suffer any annoying dropouts through testing.

You can also use each earbud independently if you wish, while dual microphones inside each bud should deliver clear calls; and, a new Sidetone feature has been designed to make it easier to hear your own voice during calls. This is adjustable thanks to a slider in the app that lets you control how much of your own voice you can hear.

Should I buy the Sennheiser CX True Wireless?

You’re on a budgetThese aren’t the cheapest earbuds on the market, but they’re among the best value, and they’re less expensive than their predecessors.

You like simplicityThese earbuds come with simple touch controls and an easy-to-use app that lets you customize their sound.

You want a super-long battery lifeWhile 35 hours isn’t to be sniffed at, buds such as the Lypertek PurePlay Z3 and the Cambridge Audio Melomania 1 Plus offer longer battery life.