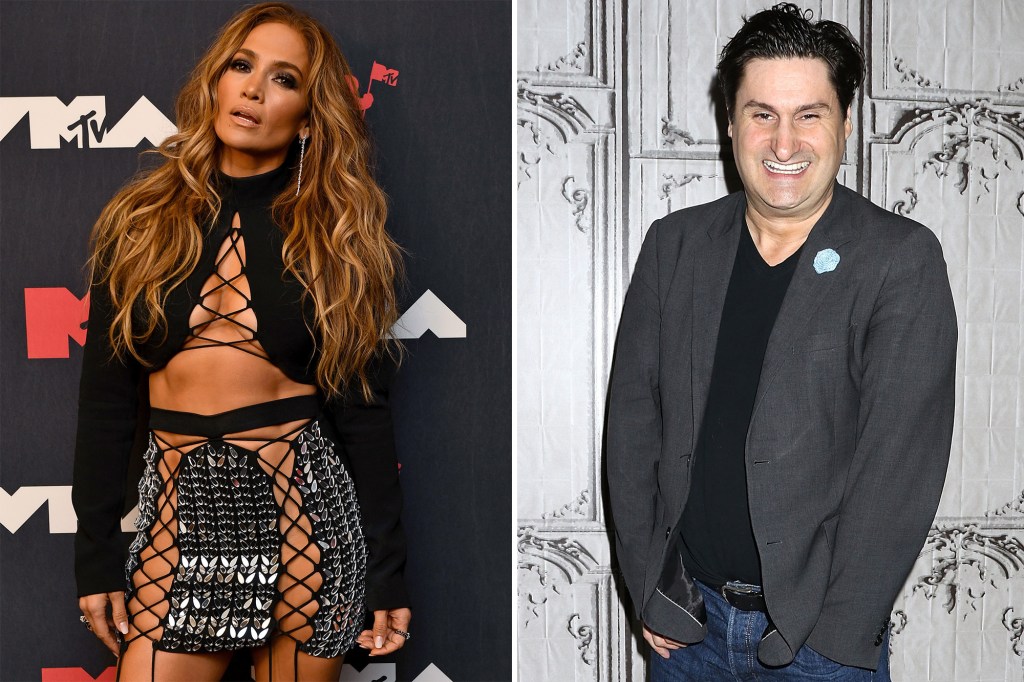 Shortly after Jennifer Lopez split from Ben Affleck — some 17 years before they spectacularly rekindled their romance this spring — the diva’s then publicist Rob Shuter accepted the advice of her management to smuggle her into the 2004 Golden Globes through a side door.

“Jennifer’s team wanted her to avoid awkward questions on the red carpet,” Shuter recalled to The Post. But the megastar was having none of it. “I’m not creeping in like a criminal,” she told Shuter on the way to the ceremony. “I’m walking in with my head held high.”

True to her word, the Bronx-born singer stole the limelight in a stunning orange gown. She refused to comment on the breakup, but her dazzling turn showed Affleck and the public what he was missing.

“She knows exactly who she is and gets back up when she stumbles,” Shuter said, explaining that J.Lo’s breathtaking appearance at the Golden Globes at a time of trouble was typical of her resilience. “She’s very driven and won’t shy away from a challenge.”

Inspiring stories about the ups and downs of A-list celebrities are chronicled in Shuter’s new self-help book “The Four Word Answer” (Post Hill Press). He hopes readers will learn to channel the self-belief and confidence adopted by his famous clientele to craft their public personas and transform their lives for the better.

The title reflects the tip the 48-year-old gave to each of his employers when they first took him on. He encouraged them to identify their “brand” in no more than four words. For example, his client, Diddy, homed in on: “Black, King, Important, Connected” and Jessica Simpson opted for “Smart, Funny, Loyal, Kind.” J.Lo, meanwhile, chose, “Sexy, Powerful, Kind, Shebang” — the latter referring to the total package of having it all together.

“After a while, those words became their mantra,” Shuter said. The boldface names would write the definitions down and keep them handy to remind them of their principles.

Diddy certainly embraced the idea of connecting with people.

Shuter, who has also represented Jon Bon Jovi and Ashlee Simpson, said: “He’d always want to know the names of the photographers who took his pictures and the journalists who interviewed him.

“He’d find something they had in common and make a connection.”

“We were shooting a ‘Vote or Die’ segment for ‘Good Morning America,’” he said, referencing Diddy’s 2004 crusade to persuade young adults, particularly black youth, to be more political. “The set was decorated with huge, blown-up posters of major stars modeling T-shirts for the campaign,” said the former flack. “But they were all white.

“Diddy said to the producers: ‘Why don’t any of them look like me?’”

He insisted on delaying his slot for an hour while posters were hastily created of 50 Cent, Naomi Campbell and Usher wearing the same slogan.

“At the time, Diddy was among very few people of color on television,” said Shuter, who later moved away from celebrity handling and became a gossip journalist. “He knew representation was important.”

As for Jessica Simpson, Shuter maintains the actress and singer is best summed up by the word “smart,” the first of the four attributes she selected for her brand.

“Contrary to her ditzy image, she is incredibly astute,” he recalled. “She recognized that part of her appeal was being the underdog – a star that people could really identify with.”

For instance, she elicited sympathy from fans during her 2006 divorce from Nick Lachey, who started dating his current wife, model Vanessa Minnillo, within months of their separation.

As heartbreaking as it was at the time, the episode helped Simpson play up her reputation as the gauche, slightly damaged girl next door.

“She’d deliberately put lipstick on her teeth before media interviews or walking the red carpet,” revealed Shuter. “Not looking perfect made her relatable and ultimately more successful.”