Sea of Thieves Season 3, A Pirate’s Life and updates 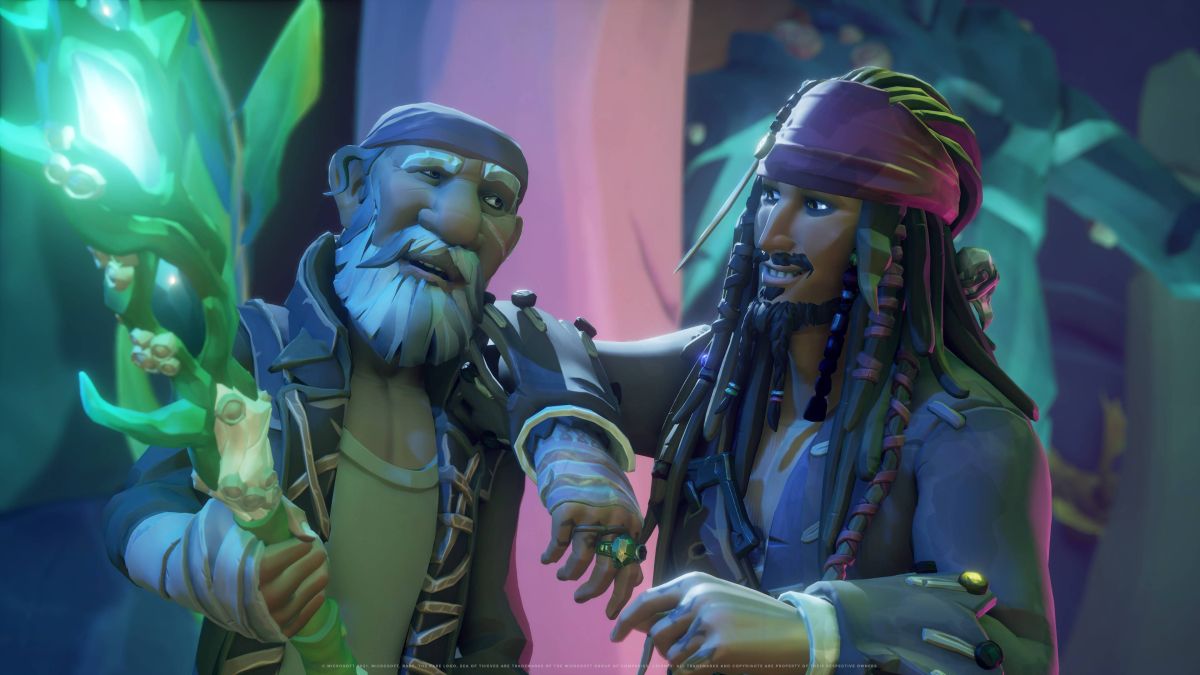 F.A.A. Says It Has Reached a Deal Over 5G Service at…

Rare’s sandbox multiplayer pirate adventure, Sea of Thieves, has come a long way. Since first hitting Xbox One and PC in March 2018, the developer has been working on a host of post-launch patches and free DLC – with more staff working on the title now than in the run-up to its original release.

The seafaring title continues to attract more players by offering continual improvements and additional content to the game’s community, such as the game’s recent Seasons that include 100 tiers of rewards for players to earn.

According to Rare, within the game’s first year, Sea of Thieves players collected and cashed in almost 750 million chests, skulls and items of cargo to amass a collective fortune of 642 billion gold. That number will have increased exponentially since, then, as the game has passed its third anniversary and has now amassed 20 million players since launch.

We’ve now reached Sea of Thieves’ third season but as an open-ended online service game, there’s plenty more to come. To help you keep on top of what’s new and what’s coming up, we’ve put together this handy page which will be updated with all the latest announcements.

Sea of Thieves has received a Pirates of the Caribbean crossover, which became available on June 22 for Xbox Series X, Xbox Series S, Xbox One and PC. The game is available to download for Xbox Game Pass subscribers.

The trailer, which you can watch below, shows that players will encounter new enemies and challenges, such as cursed crews and bloodthirsty mermaids.

You can also learn more about how Sea of Thieves: A Pirate’s Life came to be in this deep dive showcase video.

Sea of Thieves Season 3 began on June 22, and brought with it new trials, deeds, and Forts of Fortune for players to tackle. You’ll need to increase your Renown by successfully completing voyages, and you can pay for the Season 3 Plunder Pass for some extra cosmetics.

The higher your Renown level, the more rewards you can unlock, including gold, Doubloons and Ancient Coins. To get the higher levels quicker, don’t forget to complete as many deeds as you can.

You can check out the trailer below for everything you can expect when you’re sailing the seas.

Season 3 is now well underway and the latest update to the game, numbered 2.2.0.3, brings in some fixes and improvements based on feedback from the community. These fixes are detailed in full in the official Sea of Thieves change log, but they primarily revolve around “Captains of The Damned” Tall Tale, “to enhance comprehension and provide a smoother journey for crews early in the experience” alongside a plethora of bug fixes and improvements in the rest of the game.

The download sizes for this latest update are as follows:

If you have Amazon Prime, you can link your account to your Sea of Thieves account and take advantage of regular Prime drops which contain “pirate and ship cosmetics, emotes and in-game currency”.

There are twelve Prime drops planned in total, taking place every two weeks until October 4. What’s available will be different with each drop, so it’s worth consistently checking the Prime Gaming website to see what’s available. At the moment, a Ruby Splashtail Hull cosmetic pack is up for grabs.

Claiming Twitch drops is as simple as linking your Amazon Prime and Sea of Thieves accounts and heading to the Prime Gaming to claim your goodies which range from cosmetics to emotes to in-game currency. The items will then appear in-game.

How to play Sea of Thieves

Sea of Thieves is now available on Xbox Series X, Xbox Series S, Xbox One and PC. It’s possible to purchase the game outright, but you can also pick up an Xbox Game Pass subscription where the entire game is included.

If you’re not sure whether Sea of Thieves is for you, picking up a Game Pass trial for free and playing the game for a short time through it is a good way to find out.

The game is not a port for PC or Xbox, it works equally on both and supports cross-play and cross-progression. The game runs at 60fps on Xbox Series X and Xbox Series S, and Xbox Series X owners can also play at 120fps. Xbox One players will have to make do with 30fps, while the PC version’s are unlocked. Mouse, keyboard and controllers are all supported across console and PC, and you can cross-play across platforms.