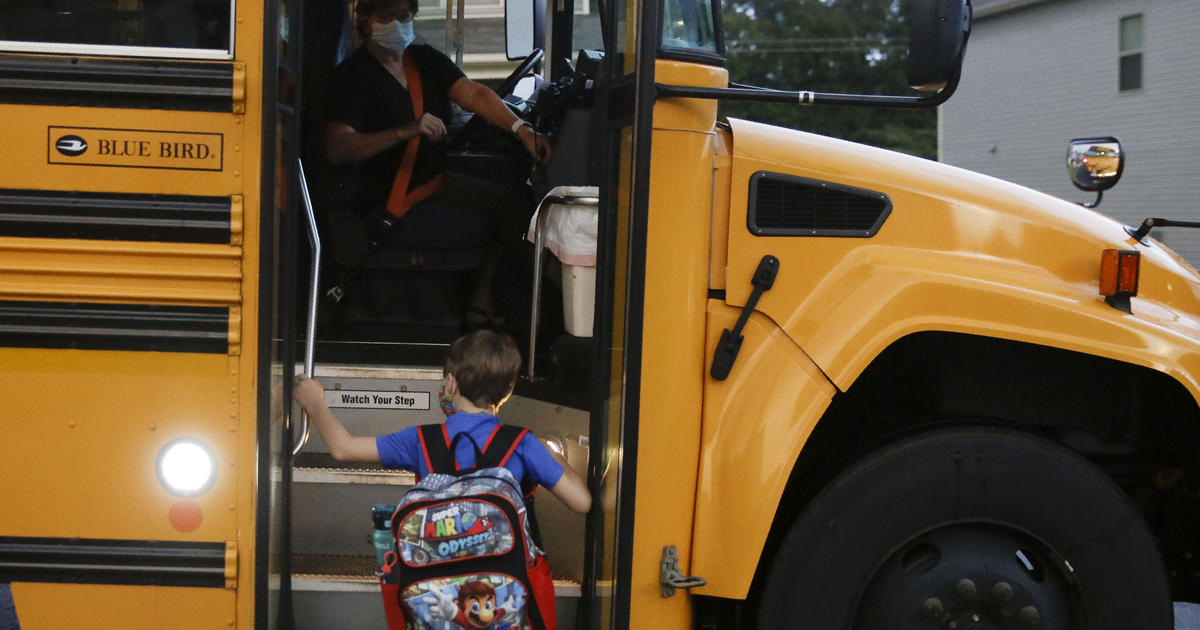 The dangers of reopening classrooms to in-person learning are being felt at the University of North Carolina at Chapel Hill. Just days after classes resumed, at least 10 students tested positive for the coronavirus, in clusters originating at two campus dormitories.

The school said in a statement Friday that the students in the clusters have been identified and are now isolating and being medically monitored. Chapel Hill is also working with the local health department “to identify additional potential exposures.”

It comes as the country saw more than 64,000 new cases Friday, the most in a single day in August so far, Michael George reports for “CBS This Morning: Saturday.” There have now been more than 5.3 million infections across the country, with more than 168,000 people dead in the U.S. due to the virus, according to a tally from Johns Hopkins University.

In New York, the nation’s largest school district, plans are underway to reopen in a month, but the teachers union is now calling for the plans to be delayed after schools reopening in other parts of the country have gotten off to a rocky start.

“I say, you want to open your schools? Get out of the red,” said Dr. Anthony Fauci, the nation’s top infectious disease expert. “Do what you need to do. Close the bars … wear your masks.”

Fauci’s visible frustration comes as the percentage positive test results in 34 states is higher than the recommended level for reopening, according to Johns Hopkins researchers.

In some COVID-hotspot states the experiment to put kids in classrooms — and then see what happens — has already backfired. Fourteen students at Seawind Elementary in Florida are now in quarantine two days after school started.

“We couldn’t prepare for this situation,” said Jennifer Deshazo of the Martin County School District. “Like this superintendent said the other day, there’s no playbook on this.”

At Woodstock High School in Georgia, nearly 300 students and teachers are in quarantine while nine students and staff members tested positive for the coronavirus at another high school in the district, forcing both schools to temporarily close.

“It’s unfortunate for the kids,” one mom said.

California, which now has the most cases in a single state — 600,000 — is playing it safe. Nearly all of the 10,000 schools there will not open, forcing six million students to learn online.

Some teachers are stepping up to fill in the gaps. Teachers in Carrollton, Texas, are handing out computers and internet access cards needed for online learning.

“I don’t have internet at home,” said Bryan de la Cruze, who is among the estimated 15% of students in U.S. households without high-speed internet.

“I just rather do it online because it’s safer, and I feel like I can finish at my own pace as fast as I can,” he said.

School sports in Florida remain a political football. The state’s High School Athletic Association decided on Friday that the game can go on. It voted to allow member schools to start their seasons on August 24.

The announcement comes as the Centers for Disease Control and Prevention reported 30,000 more people could die before Labor Day. Already, the death toll in Florida is approaching 10,000.

In Georgia, the White House coronavirus task force has warned that efforts to stop the spread of the virus are not working. A White House report that has not been made public “strongly” recommends a statewide mask mandate in Georgia, as Governor Brian Kemp renews his efforts to keep localities from issuing mask mandates.

A White House report dated August 9 informed Georgia that it is in the “red zone” for both cases and rate of positive tests. “Red” indicates there are more than 100 new COVID-19 cases per 100,000 people, and 10% of cases come back positive.

Fauci said this week: “Bottom line is, I’m not pleased with how things are going.”

Correction: This story has been updated to reflect that there was not a county-wide stop to in-person learning in a Georgia school district. Only two schools were affected.