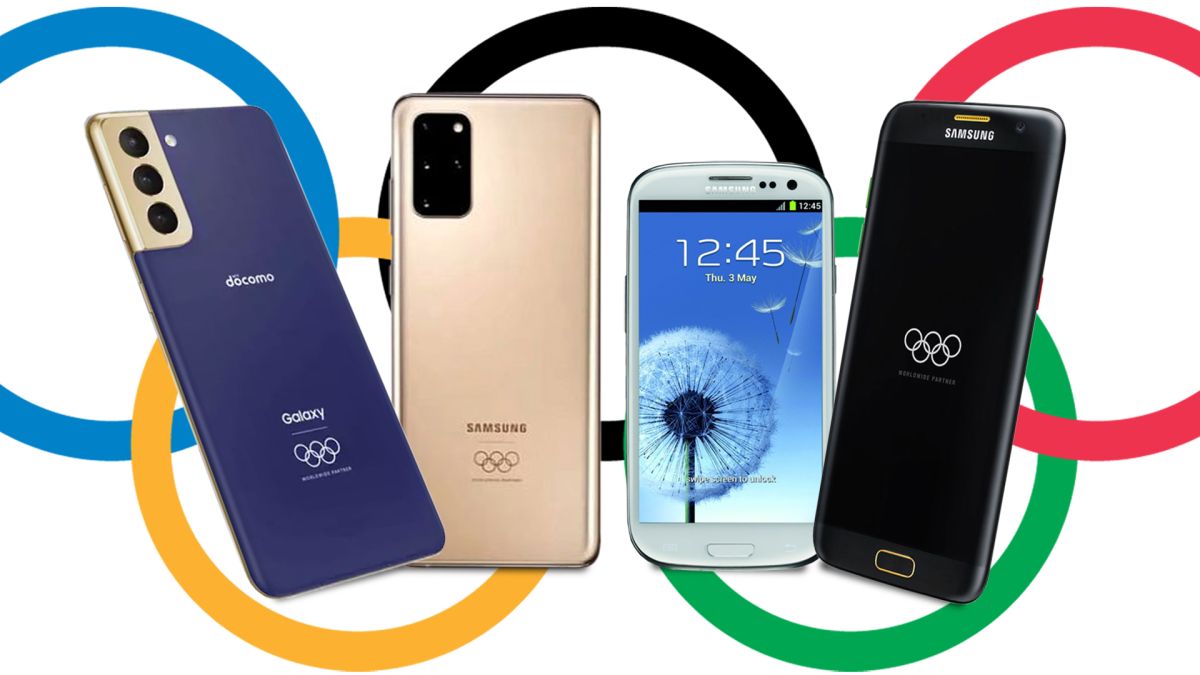 The Tokyo Olympic Games is finally here, a year after it was expected (and after a busy summer of sporting events, depending on where you live). If you’re a fan of Android handsets or Samsung smartphones, we’ve got something for you, because the celebration of top-tier athletic prowess doesn’t just affect the sporting world.

Since 2000 – coincidentally the same year mobile phone throwing was created as a sport – Samsung officially started sponsoring the Olympic games, and as a result, started to release phones with the five-ring branding emblazoned on them.

Samsung phones have changed a lot over the past 20 years (well, 21, but with the Tokyo Olympics technically a 2020 event, and 20 being a nice round number, we’re sticking with that). Smartphones were only willed into existence relatively recently, and lots of the older Samsung Olympic phones are real blasts from the past.

So to reminisce on two decades of sports and smartphones, we’ve dug up all the old Olympic-themed phones, both feature and smart, to take you on a trip down memory lane. Just to be clear, Winter Olympics versions aren’t listed here – look forward to that article in early 2022.

The 1999-released Samsung SGH-600 feature phone belongs in a museum, but to commemorate the Sydney Olympics, Samsung put out a version with a little Olympic logo on the flip-down shell.

This phone had a 65-hour battery life, a 96 x 32 resolution screen and all your basic feature phone functions. The keys were hidden by a flip-down shell, in the way some early feature phones were wont to do.

While Samsung states three million SGH-600 units were sold, it’s not clear how many Olympic-themed versions were made. It seems, though, that the handset was made to add prestige to Samsung’s name, more than to sell special versions of the device.

Flipping forward four years (you can see what we did there), the Greek Olympics in 2004 had the SGH-i530 as the sponsored phone. As evidenced by the name, this is part of the same series as the SGH-600, but it’s a true-blooded flip phone.

The phone had a 176 x 162 main screen with a 128 x 96 outer display when folded shut, and the phone had 32MB of RAM and a 96-hour battery life. Running Samsung’s PalmOS, the handset was exactly what you expect from a flip phone – except that the main display was actually a touchscreen too.

It’s not apparent if the Olympics-branded version of the i530 was ever put on sale, though reportedly a good few thousand were handed out at the games to officials and athletes. But with a subtle Olympic ring logo on the front cover, the device flew its sporting flags less noticeably than other handsets on this list.

Samsung’s Olympic Games phones can be seen as benchmarks of changes in the mobile industry, and the SGH-i688 exemplifies this, as it’s the first device in this list that doesn’t have a keyboard. It’s a full-blooded touchscreen mobile.

With a 320 x 240 screen, a 3MP rear and 0.3MP front camera, 128MB of storage and a 230-hour battery life, this was a veritable powerhouse compared to what came before – though it perhaps doesn’t stack against your modern-day mobile.

This was also the first Samsung Olympic phone to move the five-ring branding to the back of the device, placing it next to the Samsung logo on the removable rear of the handset.

While this was the flagship Olympic device, Samsung also launched the sliding E848, feature P318 and touchscreen U308 which it reportedly used at the games as well as the i688.

When the Samsung Galaxy S range launched in 2010, it was only a matter of time before we saw Olympic versions of its members, and in 2012 the Galaxy SIII (or S3, as Samsung alternates between both) was employed.

This Android phone had a 4.8-inch HD screen, 2GB of RAM and up to 64GB of storage, an 8MP rear and 1.9MP front-facing camera, and a 2,100mAh battery. There was also a physical home button, a feature which seems old-school nowadays.

Famously Rowan Atkinson (you may know him as Mr Bean) was seen using this phone in the opening ceremony of the Olympics, and Samsung also pushed how it could be used for contactless payments during the ceremony.

The Brazilian Olympic games had a tie-in with the Samsung Galaxy S7 Edge, the famous curved-edge-screen phone, and a dark-blue version of the handset actually went on sale in a few regions.

This phone had a 5.5-inch FHD+ screen, 12MP rear and 5MP front-facing cameras, a 3,600mAh battery and ran Android 6 software. It wasn’t the first Samsung phone with a display that tapered at the edges, as the S6 Edge started that trend.

The Olympic S7 Edge is quite a rarity in this list, in that it actually went on sale for people to buy, although like the others it was handed out to athletes too. With the dark blue color, light blue trim and small Olympic rings, it’s probably the classiest entry on this list too.

Back when the Olympics were still meant to happen in 2020, a golden version of the Samsung Galaxy S20 Plus was unveiled to tie into the games.

We say ‘meant to’ because, once the Olympics were postponed, the handset was reportedly canceled – it was only going to go on sale in Japan anyway, though.

In the end, it was the Samsung Galaxy S21 that got the ‘official’ Olympics version, and we’re glad it gave Samsung the opportunity to re-think that garish all-over gold. This is a more refined purple model, with admittedly a gold camera bump, and it has a small white rings logo on the rear.

This actually went on sale, though exclusively through Japan’s Docomo network – so you can’t buy it outside the country. Sorry, Olympics fans.