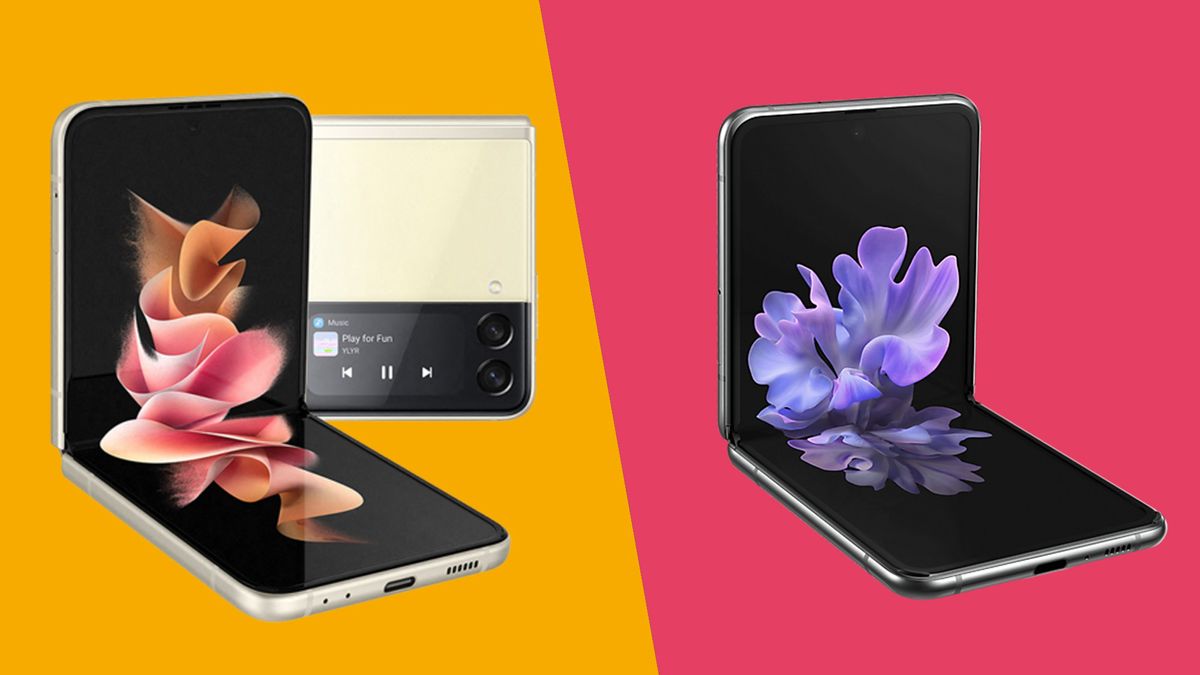 Samsung has announced its latest flip phone, the Samsung Galaxy Z Flip 3. You may be wondering how you missed the release of the Galaxy Z Flip 2 – but don’t worry, you haven’t experienced a bout of lockdown-induced amnesia.

Although it might be playing fast and loose with naming conventions, this is indeed the third flip-format smartphone Samsung has released. It’s just that the second, the Samsung Galaxy Z Flip 5G, was an iterative update on the original Galaxy Z Flip that launched six months prior.

Nomenclature tricksiness aside, how exactly do Samsung’s two most recent flip phones compare? We haven’t given the Flip 3 a full going over just yet, but here are some early thoughts.

It’s a major price cut for the Flip family, which could finally bring Samsung’s slick foldable formula to the masses. That’s perhaps the most exciting difference between these two phones, and we mean that largely as a positive.

We’ve gone hands-on with the new device, and it feels like a small but notable evolution in design. Despite a new ‘Glasstic’ back and glass camera module surround, it somehow feels sturdier than its predecessor’s all-glass rear.

Based on our initial time with the device, the Flip 3’s hinge mechanism feels less wobbly and more secure than its predecessor, and it seems better built all-round. That feeling is backed up by an IPX8 rating, which means it’s water-resistant in a way the Flip 5G simply isn’t.

Both phones have a side-mounted fingerprint sensor, which is a little awkward to access when open. We’re pleased to note that the fold seems a little less obvious on the Flip 3, though.

Both of these phones come with a foldable 6.7-inch AMOLED display, complete with an unusually tall aspect ratio.

What will make a difference is the Samsung Galaxy Z Flip 3’s faster refresh rate. At 120Hz, it’s literally twice as fluid as the Galaxy Z Flip 5G’s display, correcting one of our biggest complaints about the older foldable.

Another issue that’s been addressed is the Galaxy Z Flip 5G’s secondary display, which was a hopelessly small 1.1-inch Super AMOLED panel positioned on the outside of the device.

It’s still located in the same place on the Galaxy Z Flip 3, but at 1.9 inches, it’s far more usable. You can actually read notifications comfortably now, and it seems better integrated than before.

Arguably the Galaxy Z Flip 5G’s biggest weakness was its camera offering. Its two modest 12-megapixel sensors were essentially based on the same tech as the 2019 Samsung Galaxy S10e.

We’ll have to wait and see how they pan out, but the Galaxy Z Flip 3’s camera system isn’t looking massively promising. In fact, it looks to be exactly the same as its predecessor.

You’re looking at the same twin 12-megapixel sensor setup. The main one is again a piddling 1/2.55in, and the other is a 12-megapixel ultrawide.

Such a provision is arguably more forgivable in a sub-$1,000 / £1,000 phone. But let’s not beat around the bush here, neither of these phones gets anywhere near the camera quality of the Galaxy S21 range.

We’re looking at the same 10-megapixel f/2.4 selfie cam for both foldables, too, which is unlikely to set any pulses racing.

Yes, there’s now the Snapdragon 888 Plus chip now, but the market is hardly swimming with these latest Qualcomm chips at the time of writing.

This provision is plenty fast enough in both cases, since there are few apps or tasks that will seriously stretch even last year’s top processor. Still, the Galaxy Z Flip 3 has a clear advantage here, especially when it comes to future-proofing.

Both phones back that power with 8GB of RAM, which isn’t the bounty that you get with Samsung’s very top phones, including the Galaxy Z Fold 3. Still, it should prove ample for most tasks.

You get 256GB of internal storage with both, although that’s only an option with the Galaxy Z Flip 3. Interestingly, the newer device also gives you a lower 128GB option. Expansion via microSD isn’t an option with either device.

Both flips include 3300mAh batteries, which really isn’t too capacious by modern smartphone standards.

In the Galaxy Z Flip 5G, this was partially excusable as a result of the slow 60Hz display; but the Galazy Z Flip 3 doesn’t have the same mitigating circumstances. Color us worried.

Especially given the fact that we weren’t exactly wowed by the Flip 5G’s battery performance. It will get you through a full day of light to moderate use, in our experience, but more intensive usage will tend to drain it before bedtime.

One notable upgrade with the Flip 3 is support for faster charging. While the Galaxy Z Flip 5G only went as far as 15W wired and 9W wireless, the newer phone cranks things up to a more respectable 25W wired and 11W wireless.

This still isn’t what we consider blazingly-fast given the cost of the device, but it’s competitive with the Galaxy S21 range. As is support for 4.5W reverse wireless charging, which the Galaxy Z 5G lacks.

However, there are meaningful improvements to both displays, and it’s a fair bit faster. Perhaps most importantly of all, the Galaxy Z Flip 3 is set to retail at a much lower price than its predecessor.

This alone makes Samsung’s entry-level foldable series a much more tempting proposition to your average user shopping for a new flagship phone. It’s no longer quite the expensive niche oddity that it was before.