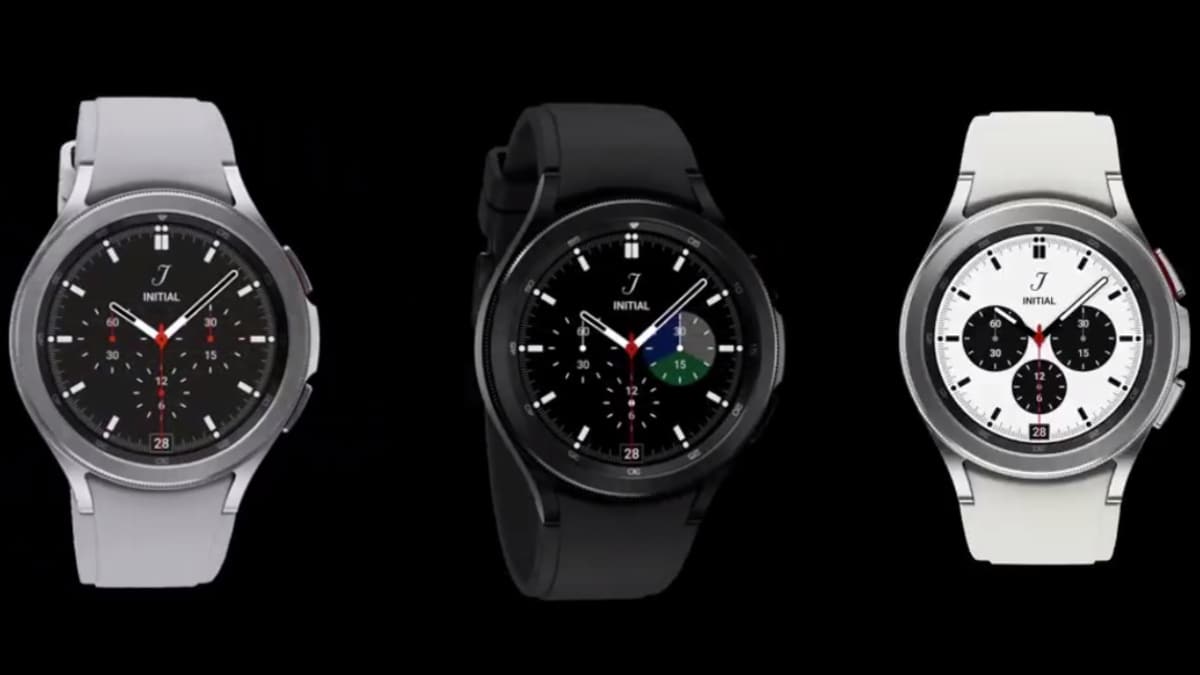 Samsung Galaxy Watch 4 Classic alleged renders have been leaked, and they reveal the design as well as the colour options of the smartwatch. The renders shared by a tipster are in line with the images of the smartwatch that were leaked earlier this month. Recently, a report highlighted the price and colours of the upcoming Samsung wearable. The colours shown in the latest renders, too, are similar to what were revealed earlier. The references to the Samsung Galaxy Watch 4 Classic moniker were also spotted in Thailand’s NBTC website listings.

The latest set of renders have been shared by tipster Evan Blass (@evleaks). It shows the smartwatch in three colours — Black, Grey, and Silver/ White. Samsung Galaxy Watch 4 Classic is said to be one of the multiple smartwatches that Samsung is expected to launch in August.

Sourabh Kulesh is a Chief Sub Editor at Gadgets 360. He has worked in a national daily newspaper, a news agency, a magazine and now writing technology news online. He has knowledge on a wide gamut of topics related to cybersecurity, enterprise and consumer technology. Write to sourabhk@ndtv.com or get in touch on Twitter through his handle @KuleshSourabh.
More