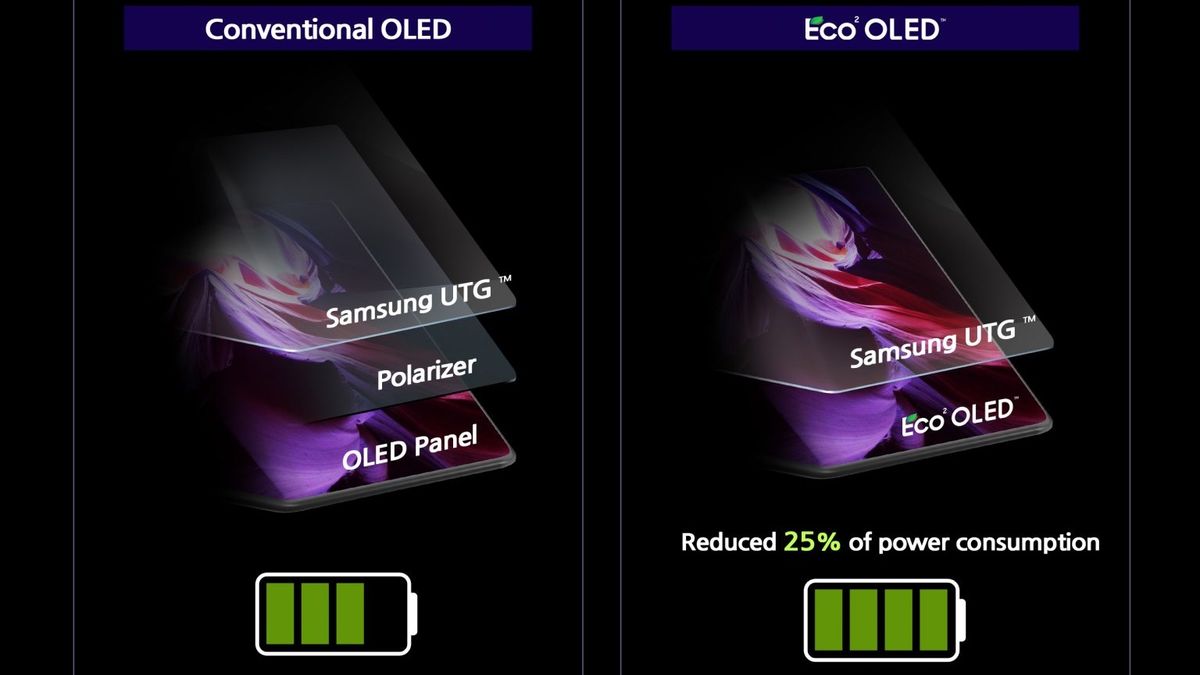 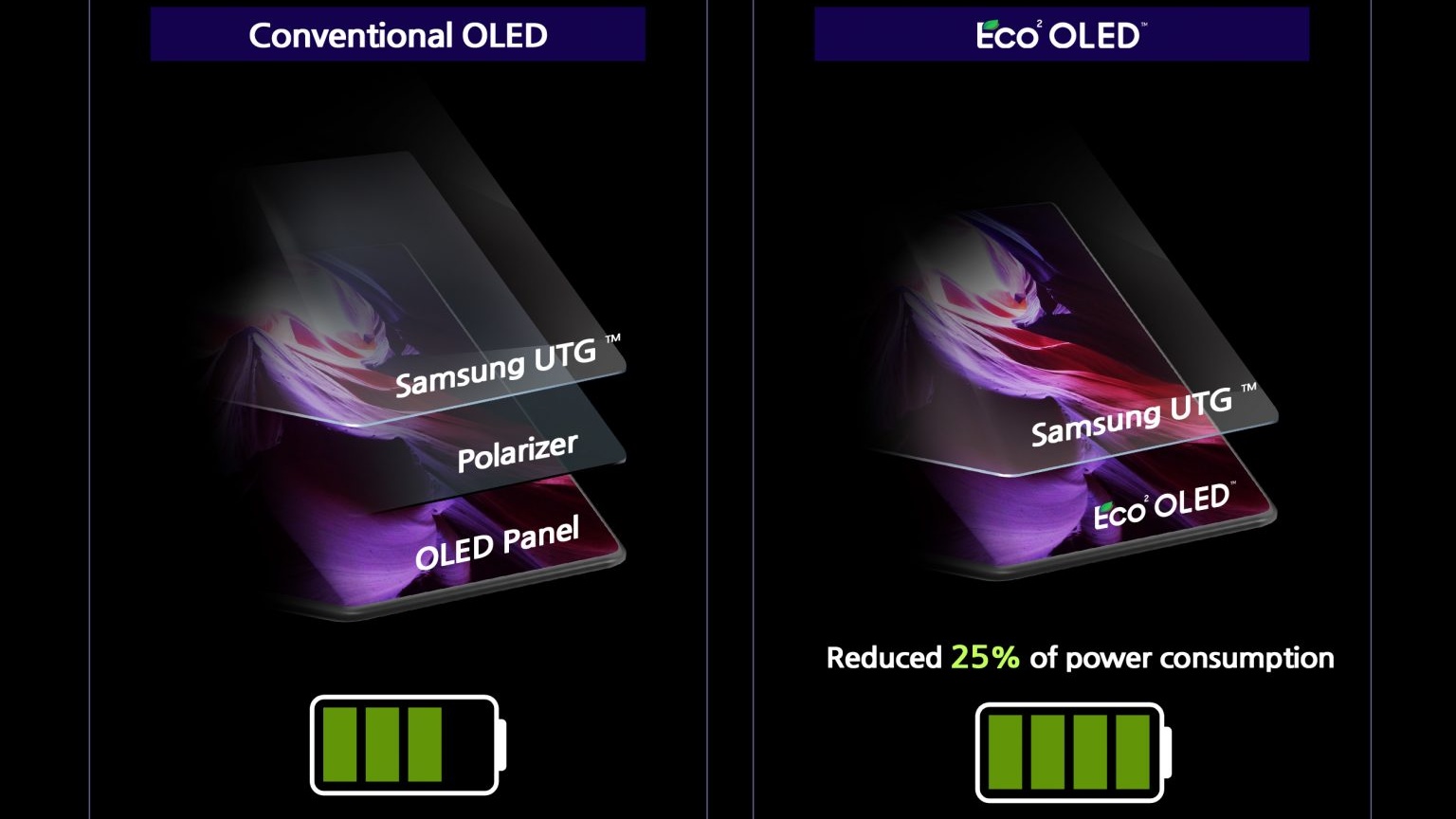 Even as Samsung’s position as the global leader in the smartphone shipments is under threat from Xiaomi, the South Korean electronics major is putting renewed thrust in the foldables segment where its suzerainty is unquestioned. In this context, Samsung Display — a subsidiary of the Korean giant — has unveiled its new Eco² OLED technology, which it claims reduces power consumption and offers an improved Under-Panel Camera (UPC) and eco-friendly design. More importantly, it has already found its way into its latest foldable, Samsung Galaxy Z Fold 3.

As power-guzzling 5G phones become more dominant in the market, the new Eco² OLED tech, which is said to be less energy-drinker, may also just be what the doctor ordered for regular smartphones, too.

In a press statement, Samsung Display said Eco² OLED has integrated polarizer that eliminates the need for an additional polarizer layer, which is an opaque plastic sheet typically attached to displays to prevent the panel from reflecting external light, while increasing contrast and improving visibility. What Eco² OLED does is to cut down the reflection by leveraging its pixel structure.

In simple terms, the new OLED is said to ensure brighter screen that drains less battery.

“Since a traditional polarizer adds a dark layer of film on top of the panel, your device requires more light – and power – to effectively display, with the transmittance rate reduced by over 50 percent,” the company said.

Samsung Display’s internal test is said to have shown that the Eco² OLED improved transmittance rate by 33%, while consuming up to 25% less power in comparison to the existing polarizer.

The Eco² OLED has also cut down on plastic to make it more eco-friendly.

But how does it help under panel camera?

The under panel camera set up, as many of you know may know, is basically a front-facing camera for mobile devices that is housed underneath the display panel to achieve a real full-screen experience without distracting notches. Samsung has put the UPC for the first time in a foldable in Samsung Galaxy Z Fold 3.

Samsung says that the Eco² OLED design will allow for an upgraded UPC with a seamless display that eliminates the need for intrusive camera notches and bezels.

“The Eco² OLED panel not only optimizes the pixel density, but with the added benefit of eliminating the polarizer, more light is exposed to the UPC, thereby increasing transmittance on the camera module. And with minimal pixels applied on top of the camera hole, the Eco² OLED provides a true full-screen design and increases viewable area so users have an unbroken canvas to access their favourite apps, entertainment, and games,” the company’s press release said.

Samsung has patented Eco² OLED in seven markets, including the US, Korea, United Kingdom, China and Japan.