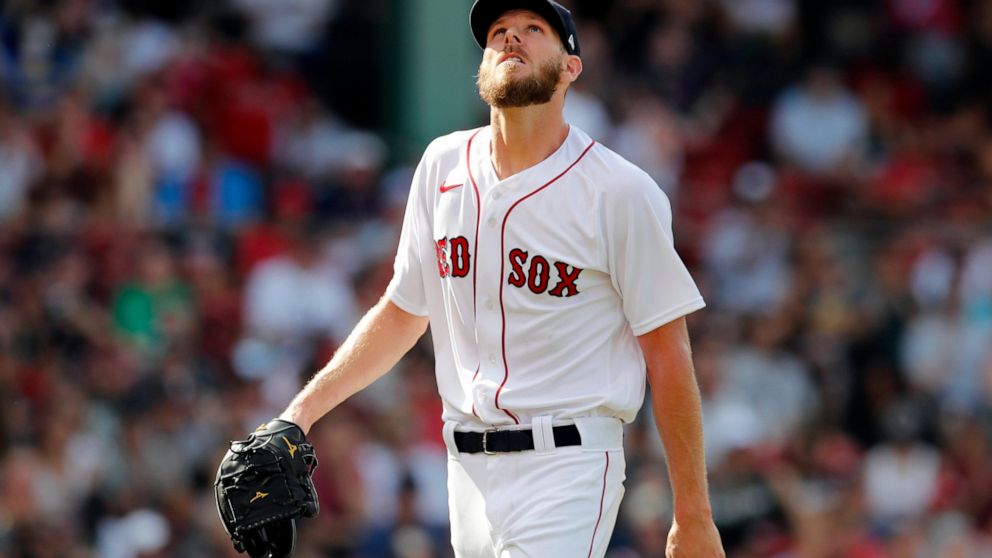 The 32-year-old Sale completed his return from Tommy John surgery by pitching five innings, giving up two runs on consecutive homers by Austin Hays and Trey Mancini in the third. Relying mostly on his sharp slider, the lanky left-hander struck out eight and walked none.

Rafael Devers got Boston off to a fast start with a three-run homer in the first against Jorge López (3-13). J.D. Martinez hit a three-run homer and Bobby Dalbec added a solo shot during a seven-run fifth inning — right after Sale left to a loud ovation.

Dalbec hit his second solo homer an inning later, and Hunter Renfroe connected in the eighth.

When Sale finished the fifth, he was greeted with a handshake, then a hug from manager Alex Cora.

Sale’s return created an electric atmosphere on a steamy afternoon. Many of the fans were on their feet when Hays foul-tipped Sale’s 94.2 mph first pitch.

When Sale walked to the bullpen to warm up, he was greeted with cheers. Many fans clamored for a good look, trying to get near the bullpen, and were taking cell-phone photos and videos, cheering nearly every pitch. When he was done, he gave catcher Christian Vázquez a big hug before pumping fists with the rest of the members of the team out there and walking to the dugout to a big ovation.

Boston’s first four hitters started the game 11 for 11 with seven RBIs and eight runs before they made an out.

Boston’s Xander Bogaerts made his 1,000th start at shortstop. He went 3 for 3, scored twice and drove in two runs.

Boston captured its first series since taking three of four from the Yankees from July 22-25.

Orioles: OF Cedric Mullins, who has a 20-game hitting streak, got the day off. … Manager Brandon Hyde said LHP Bruce Zimmermann had a “training room accident,” explaining he sprained his ankle doing exercises.

Red Sox: Cora gave OF/DH Kyle Schwarber the day off after he made his debut a night earlier. “We’ve got to take care of him,” Cora said. Schwarber was out with a strained right hamstring since July 2 and missed two weeks after he was acquired from Washington. Cora said he’ll be in the lineup Sunday and, after the club is off Monday, play in one or two games of a doubleheader at Yankee Stadium. … Vázquez was reinstated from the bereavement list and was behind the plate. … Sale was activated from the 60-day injured list before the game with C Connor Wong and RHP Yacksel Rios both optioned to Triple-A. … Martinez was back in after a day off.