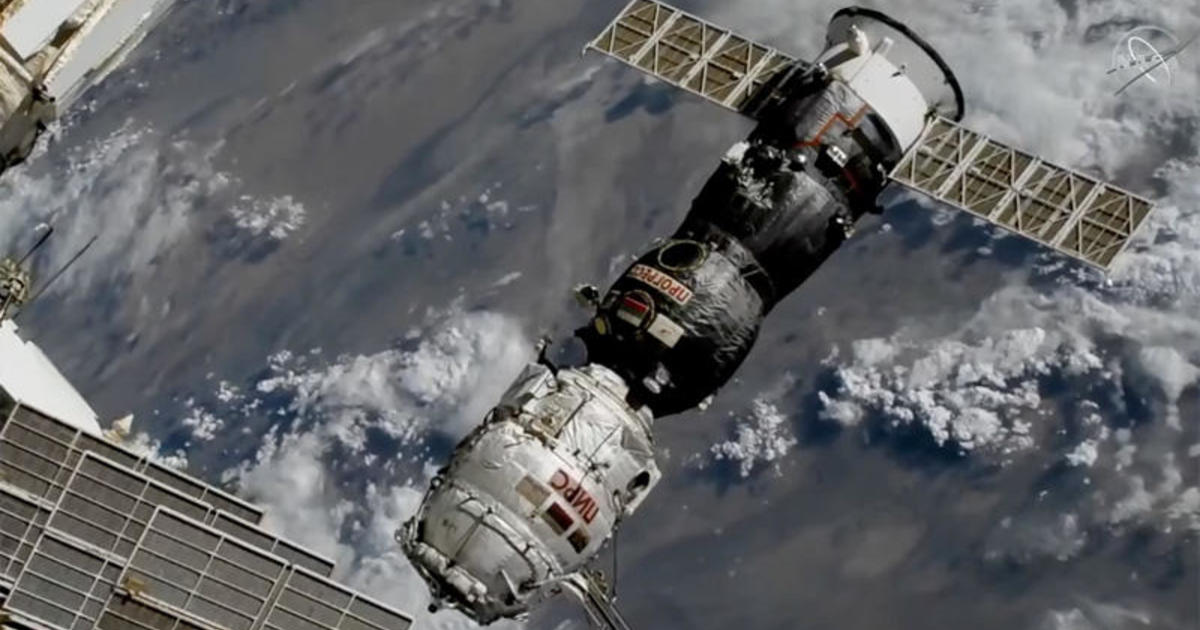 Congress is spending billions on carbon capture. Is it a…

With the Progress MS-16/77P supply ship firmly locked to Pirs, hooks and latches holding the docking compartment to the Zvezda service module’s Earth-facing port were commanded open, and the Progress backed away at 6:55 a.m. EDT.

The flight plan called for the Progress to fire its thrusters at 10:01 a.m., setting up a destructive plunge into the atmosphere 41 minutes later. The braking burn was planned to make sure any debris that might survive reentry heating would fall harmlessly into the southern Pacific Ocean.

Undocking originally was planned for last Friday, two days after Nauka’s launch from the Baikonur Cosmodrome in Kazakhstan, but problems with the lab’s navigation and propulsion systems prompted Russian flight controllers to delay Pirs’ departure.

Finally, after several anxious days of troubleshooting, Nauka’s propulsion system was restored to normal operation, and two successful tests of its KURS navigation and rendezvous system were carried out. While few details were provided, Russian mission managers then cleared Pirs and Progress for departure.

Pirs was launched on September 14, 2001, three days after the 9/11 attacks. It served as a docking port for visiting Soyuz crew ships and Progress freighters for nearly 20 years and as an airlock for Russian spacewalks.

With the departure of Pirs, NASA flight controllers planned to reposition the station’s Canadian-built robot arm on the Russian Zarya module so it could carry out a seven-hour inspection of the Zvezda module’s now-vacant Earth-facing port. Russian engineers want to make sure no debris or other issues are present that might prevent the docking mechanism from working properly when Nauka arrives.

Assuming no problems are found, the lab module will complete its rendezvous with the space station Thursday, moving in for docking at Zvezda’s Earth-facing port at 9:24 a.m. It will take up to 11 Russian spacewalks over about seven months to electrically connect and outfit the new lab module.

Nauka’s docking will come the day before a United Launch Alliance Atlas 5 rocket launches a Boeing CST-100 Starliner crew capsule to the station for an unpiloted test flight. The Atlas 5 rollout to pad 41 at the Cape Canaveral Space Force Station is expected Wednesday, setting up a launch at 2:53 p.m. Friday.

The Starliner, like SpaceX’s already operational Crew Dragon spacecraft, is designed to carry U.S. and partner-agency astronauts to and from the space station on a commercial basis, helping end NASA’s post-shuttle reliance on Russian Soyuz spacecraft for crew transportation.

An initial Starliner test flight in December 2019 had major software problems, prompting Boeing to launch a second unpiloted test flight before the ship’s first planned launch with a crew on board late this year or early next year.

For the test flight, the Starliner will dock at the front end of the station’s forward Harmony module, returning to a White Sands, New Mexico, landing on August 5.