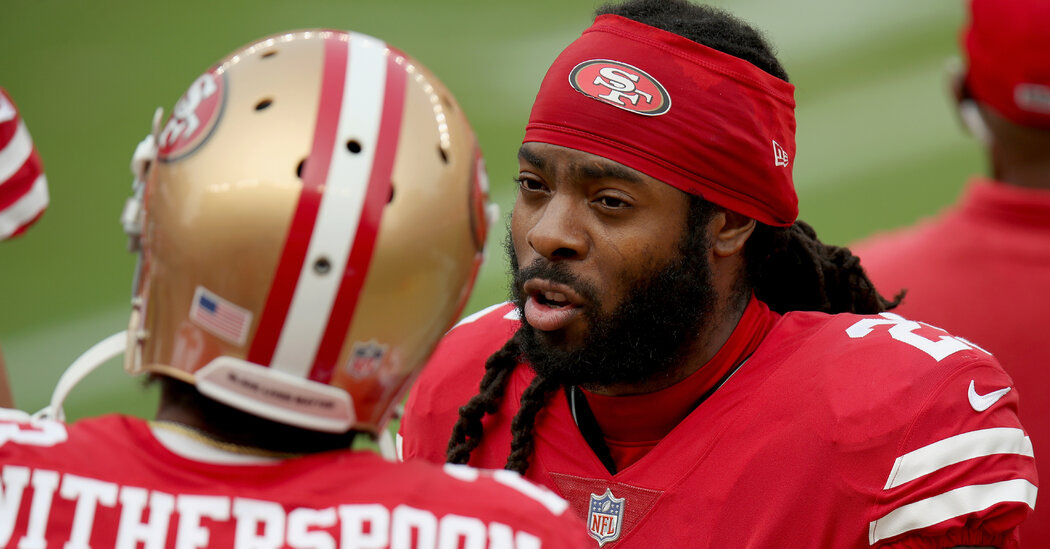 The free-agent N.F.L. cornerback Richard Sherman was charged with five misdemeanors in King County (Wash.) District Court on Friday. Sherman was arrested early Wednesday morning after, the police said, he drunkenly crashed his car in a construction zone and tried to break through the door to the home of his in-laws in Redmond, Wash., a suburb east of Seattle.

Across three hours on Tuesday night and Wednesday morning, Sherman argued with his wife, drank multiple bottles of alcohol, threatened to kill himself, drove while drunk to his in-laws’ house and tried to break down the door in search of his children, according to police statements and 9-1-1 calls. Multiple police officers and a police dog eventually subdued him, and the police arrested Sherman a little after 2 a.m. Wednesday.

“I am deeply remorseful for my actions on Tuesday night,” Sherman said in a statement Friday. He added that he has been “dealing with some personal challenges over the last several months, but that is not an excuse for how I acted.”

According to the NFL Network, friends of Sherman’s have been aware of his struggles and visited him during the off-season. In a 9-1-1 call Tuesday evening, Sherman’s wife, Ashley, told the dispatcher that he had sent text messages to multiple friends saying he would kill himself.

In February, according to court records, the King County Sheriff’s Office obtained an “extreme risk protection order” against Sherman, which prohibited him from possessing firearms. The petition is sealed, so it is not clear what prompted it. A court commissioner, when sealing the protection order, wrote that Sherman’s mental health was “currently in crisis,” according to The Seattle Times.

In a hearing on Thursday, prosecutors asked for Sherman’s bail to be set at $10,000, but Judge Fa’amomoi Masaniai released Sherman on a promise to return for future court hearings, noting that he was a first-time offender. The judge also ordered Sherman to have no contact with Raymond Moss, his father-in-law.

According to a statement Moss gave police, he retrieved his gun and sprayed pepper spray at Sherman as his son-in-law was attempting to break down the door.

Sherman, a 10-year N.F.L. veteran, played his first seven seasons with the Seattle Seahawks and kept a home in Maple Valley, Wash., even after he joined the San Francisco 49ers in 2018. He spent much of past season on the injured reserve list.