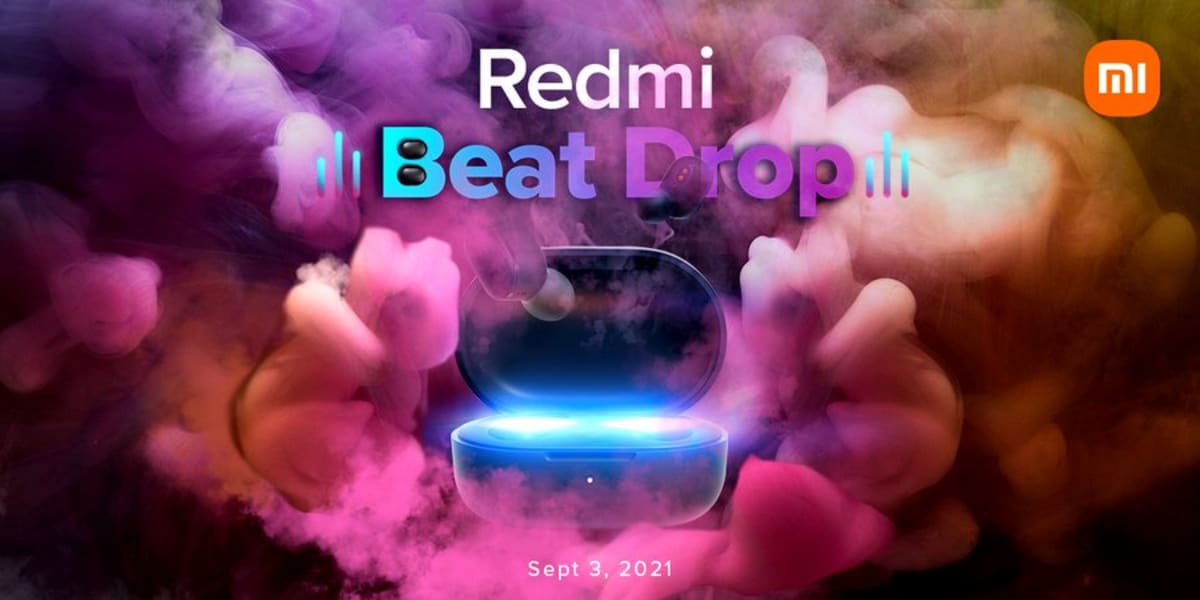 Redmi truly wireless earbuds will be launching alongside the Redmi 10 Prime in India on September 3. The company has confirmed key features of these upcoming earbuds, but its official marketing name has not revealed yet. The teaser poster shared suggests an egg-shaped charging case and the earbuds are likely to have an in-ear design and an aesthetic similar to that of the Samsung Galaxy Buds. Going by the teaser poster, these are likely to be the Redmi AirDots 3 that were launched in China earlier this year. These are likely to launch in India as the Redmi Buds 3, if the Redmi AirDots 3 Pro rebrand to Redmi Buds 3 Pro globally was any indication.

The company sent out teaser posters confirming the arrival of new Redmi earbuds in India. These earbuds will launch on September 3 at 12pm (noon), alongside the Redmi 10 Prime. Xiaomi has also published a dedicated teaser page for these earbuds teasing key specifications and features ahead of launch. The page reveals that the earbuds will be powered by a Qualcomm chipset and support aptX Adaptive codec for improved sound and low latency while playing games. It is also teased to come with dual drivers for better audio output and support Bluetooth v5.2 connectivity.

Redmi earbuds, likely to be a rebadge of the Redmi AirDots 3, are also teased to come with 30 hours of battery life. This is likely to be the total battery life with the charging case and not the battery life offered by the earbuds alone. The upcoming Redmi earbuds are all set to be splash and sweat proof and come with built-in sensor to offer touch controls. These controls should be useful to pause and play music, end or pick up calls, activate the voice assistant and a lot more. It is also teased to support Quick Pair to offer seamless connectivity as soon as the earbuds are out of the case.

The Redmi AirDots 3 Pro that debuted in May this year in China was launched in global markets as the Redmi Buds 3 Pro. The teasers point towards these upcoming earbuds being a rebadge of the Redmi AirDots 3, and it could be presumed that they may be called the Redmi Buds 3. The company is yet to reveal the official marketing name, so all of this is conjecture for now. If these really turn out to be a rebadge, then they will also likely support USB Type-C port for charging.