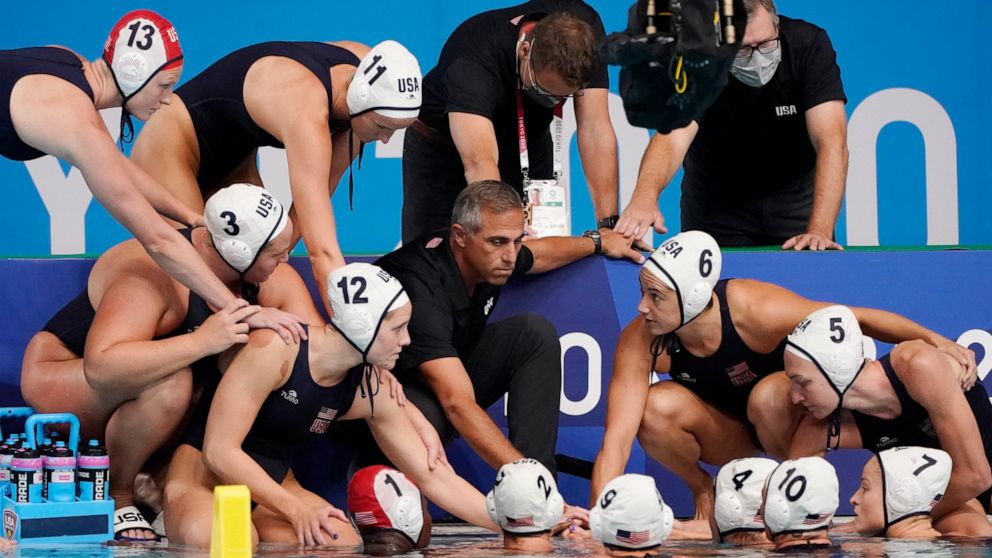 TOKYO — Moments after the U.S. closed out a grueling victory over China at the Tokyo Olympics, Rachel Fattal and her teammates got right back to work in the warm-down pool at the Tatsumi Water Polo Centre.

Fattal and company have a saying, and it comes up so often in conversation and on social media that its importance to the reigning Olympic champions is clear.

“Recovery never stops,” a smiling Fattal said after the United States’ 12-7 victory Monday. “That’s like the motto of our team.”

It’s one of the biggest keys for all the teams in Tokyo, playing a taxing sport pretty much every other day for the bulk of their stay at the Olympics. Each game is 32 minutes long, and it features constant swimming, treading and wrestling for position with another one of the best players in the world.

It’s a grind, and finding a way back to 100% before the next game can make a difference when it comes to securing a medal — or going home empty-handed.

“I think the recovery is the most important thing during the training period,” Italy men’s captain Matteo Aicardi said, “because you have to load and unload, and the unload period sometimes is forgotten.”

The recovery routine depends on the player and what they had to do in the previous match. The player’s position also affects their plans.

“I have to do a lot of stretching after the games and between the trainings,” Greece men’s goaltender Emmanouil Zerdevas said. “But I think the most important is a bit of massage and ice.”

Cupping, a type of muscular decompression using glass or plastic cups on an area of discomfort, is popular. Bulky black Normatec sleeves — like a blood pressure cuff — help with circulation in the players’ legs. They also use Game Ready systems on their shoulders and hips.

“It’s like an attachment, like a shoulder attachment that they put the sleeve on,” Boquiren said. “And then a unit, the Game Ready unit, pumps cold water in it, and it’ll be on for about 20, 30 minutes. … Especially if we’re staying to watch a game, we’ll bring that stuff with us and kind of really just maximize our time.”

Selling players on the importance of recovery can take some time when they first join their national teams. When they’re young, they feel as if they can swim forever with no effect on their play.

“So along the way it’s a lot of education and also kind of what works for them?” Boquiren said. “Like not everyone is really a cold plunger, like going in the cold tub. Well, if you’re not into the cold tub, what type of recovery is going to work for you?”

Culture also plays a role. With the U.S. women, the importance of recovery has been handed down for years, so when players come into the program and see the preparation of players like Fattal or captain Maggie Steffens, it makes an impression.

“When you come on this team, the older girls kind of just show you along,” said Aria Fischer, a 22-year-old center. “Like this is what we do, this is our culture, this is what we do before a game, during a game, after a game. So you get used to it pretty easily.”

Fattal and Fischer helped the U.S. rally for its 12th straight win in the Olympics, surviving a physical test against China. Steffens was forced out in the second half when she started bleeding from her nose, but coach Adam Krikorian said he thought she would be OK.

Fattal scored twice while playing almost 30 minutes, and Fischer’s goal with 1:00 left in the third lifted the United States to an 8-6 lead. Fattal also won the opening sprint at the start of each quarter, gaining valuable possessions for her team.

Hungary played to a 10-10 tie against Ekaterina Prokofyeva and the ROC in the second game of the day. Prokofyeva had a game-high four goals.