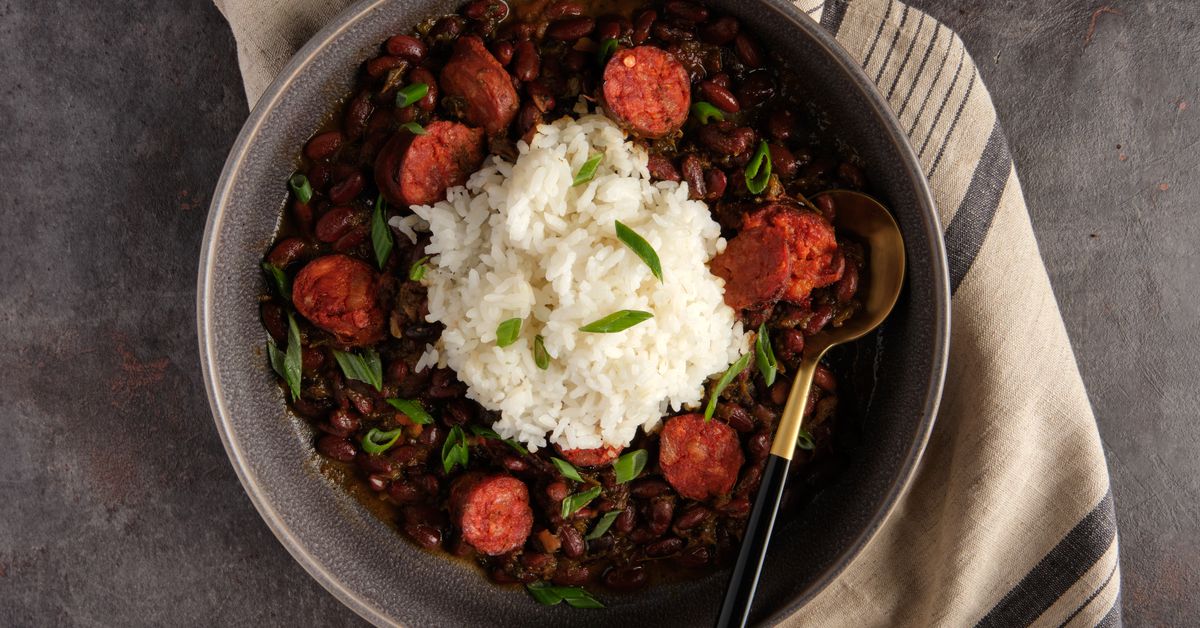 Use a Pumice Stone to Clean an Oven – Before &…

Never Heard of Postbiotics? Well, You’re Going to in 2022…

Growing up in Los Angeles, so much of what I ate for dinner was a hodgepodge of different cultures. On Tuesday nights, gringo-styled tacos with cumin-scented ground beef and chunky stripes of sharp cheddar cheese graced our tables. Friday nights? Well, those reliably meant that some sort of fried fish was on the menu. Sunday nights always belonged to soulful Southern classics like smothered pork chops, cider-braised collard greens, and gooey macaroni and cheese.

Those Southern dishes reached back to Ringgold, Louisiana, the small town where my great-grandparents lived with their children. In the early 1940s they fled the state as a part of the Great Migration, which saw an estimated 6 million African Americans leave the South seeking refuge from racial terror. After they reached Los Angeles, my family settled in what was then farmland in Compton.

As a child, it wasn’t unusual for me to visit my great-grandparents for a feast and have enchiladas served with a steaming plate of gumbo, or chili-laden enchiladas alongside a heaping platter of crispy fried chicken. The memory of those feasts followed me when I left the West Coast to move down South: So much of the food that I created in my own kitchen was a deep reflection of everything I grew up eating. Today, I still can’t help but cook dishes that incorporate both the Southern cuisine that is the bedrock of my palate and the Mexican flavors I grew up delighting in.

Inspired by those Mexican flavors, this recipe for red beans and rice marries two of my favorite childhood food experiences. Instead of the customary andouille sausage, I chose to incorporate Mexican chorizo. Unlike the Cajun meat, chorizo is a fresh sausage that gets its smoked flavor from the addition of brick-colored paprika. I also subbed poblano peppers for green bell pepper, which is a sacred part of the Holy Trinity. Here the poblanos help to bolster the already smoky flavor of the chorizo and add a bit of a spicy kick that truly rounds out the flavors.

I love to eat this simply, as a few ladles of beans served over long-grain rice with a few dashes of hot sauce. Every spoonful reminds me of home, and how lucky I was to grow up experiencing the flavors of two rich culinary cultures.

Step 1: In a large Dutch oven or stock pot, heat water until boiling. Turn off the heat, add the beans, and soak for 2 to 4 hours. Drain and rinse.

Step 2: Return the beans to the pot. Add the ham hock, fresh thyme, and bay leaves, and cover with the chicken stock. Let simmer over medium heat for about 1½ hours.

Step 3: In a large skillet over medium-high heat, render the chorizo with a little water. Let the water evaporate as you turn the sausages occasionally. When they’re done cooking, remove the sausages and set them aside for slicing later; leave the rendered fat in the skillet.

Step 4: Using the same skillet, add the onion, poblano pepper, celery, and garlic. Cook until the vegetables have begun to brown, about 7 minutes. Season with the spices, salt, and pepper.

Step 5: Remove the ham hock from the pot and add the cooked vegetables to the beans. Cover and cook over medium-low heat, making sure to stir every 20 minutes or so until the beans are tender, approximately 1½ to 2 hours.

Step 6: Remove the bay leaves and thyme stems from the pot. Season to taste with a few dashes of hot sauce and more salt and pepper if necessary.

Step 7: To serve, ladle the red beans over steamed white rice. Slice the chorizo into rounds and place them on top.

The freshest news from the food world every day

Use a Pumice Stone to Clean an Oven – Before & After Photos

Never Heard of Postbiotics? Well, You’re Going to in 2022 (Plus 4 More Food Trends)!