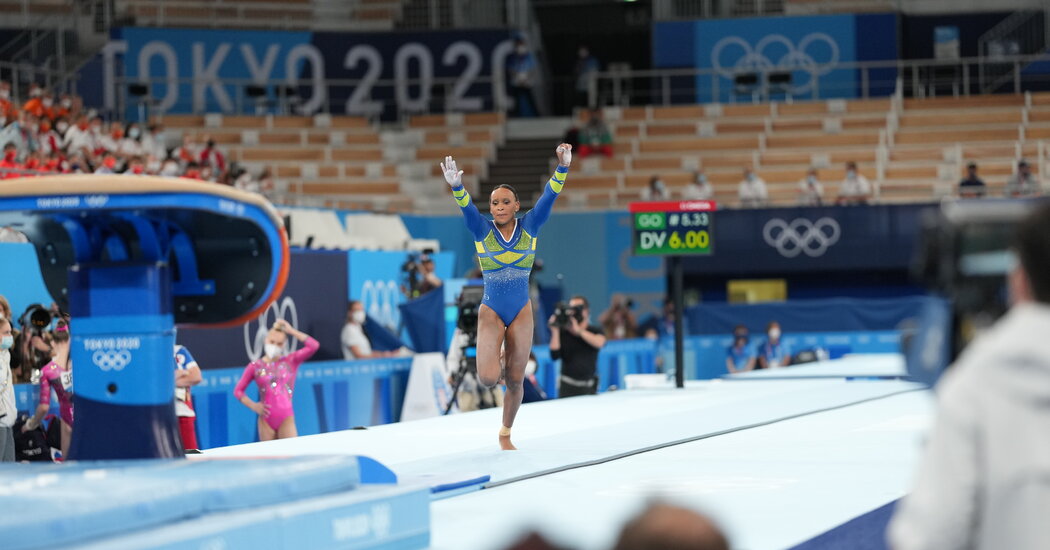 At the beginning of June, Rebeca Andrade did not know if she would even qualify for the Olympic Games. On Thursday, the 22-year-old gymnast won the silver medal in the all-around, making her the first Brazilian to win any Olympic medal in women’s gymnastics and also the first woman to win an all-around medal for a country that did not qualify a full team for the Games. And she did so after tearing a ligament in her knee twice in five years.

Because of the coronavirus pandemic, Andrade got another chance to make the Olympics at the Pan American Championships in June, where the top two eligible finishers would earn spots in Tokyo. She won.

Andrade’s Olympic medal was the culmination of an effort that began at the Rio de Janeiro Olympics in 2016, when she did well in qualifying but ended up finishing in 11th place. This time, she qualified in second place behind Simone Biles of the United States, and was nearly able to replicate the performance in the final. Her total score on Thursday was only a tenth of a point lower than her score in qualifications.

She started with a showstopper of a vault, sticking a Cheng, which is a roundoff onto the springboard, a half twist onto the vault, and a front layout with one and a half twists. She hit her bars routine and stuck her dismount. Her only real errors came on the floor, where she stepped out of bounds twice. She finished just 0.135 behind Sunisa Lee.

After all she had been through, silver was as good as gold.