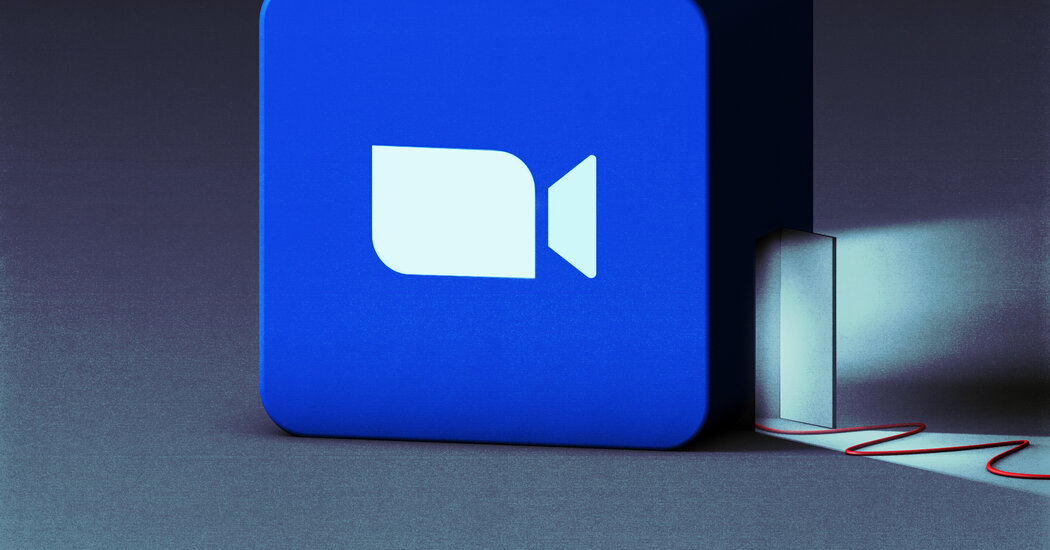 On Tech is back from a summer vacation. Did you miss us? We missed you.

No one can truly predict what will happen to our collective behavior and the economy if and when we beat back the latest wave of coronavirus infections. But I find it helpful to look for clues in how companies that have been altered by the virus are spending their money.

For example: Zoom Video, the company whose video conferencing service has become a verb in the past 18 months, said on Sunday that it would spend roughly $15 billion to buy a company called Five9 that makes software for businesses’ customer service call centers. As my DealBook newsletter colleagues put it, Zoom is making a $15 billion bet on phone calls.

There are two ways of interpreting Zoom’s splurge. The first is that the company is operating from a position of strength. More than a year of people hooked on Zooming (or Microsoft Team’ing, or Google Meet’ing) has given the company the financial firepower to make bets on a new area of growth. This read is basically that Zoom doesn’t need to hold back and plan for a situation in which people stop relying completely on online video for work, school, doctor visits and family get-togethers.

Another interpretation is that Zoom believes our Covid-era behavioral changes are fleeting and the company needs to play defense. If Zoom is worried that people will gravitate away from screens, it needs to hedge its bets by stretching into different fields like customer service.

(A silly aside: Writing this newsletter spurred me to listen to Aretha Franklin’s 1980s song “Who’s Zoomin’ Who?” It’s not the greatest Aretha song. Sorry.)

The reality is that both of those reads on this acquisition are probably true. Zoom believes that some of our online video habits are durable, but also that we won’t stay as glued to our gadgets as we were in 2020. If we drift back haltingly to hugging friends and hunching over computers at our work desks — and as Zoom’s competition heats up — the company needs to branch into different services to keep growing.

I also don’t want to read too much into one corporate acquisition. But I don’t want to ignore its deeper meaning. Zoom is just an app, yes, but its corporate decisions reflect a mood and beliefs about what might happen to all of us.

For many months, people who care about corporate finance have stressed over how the habits and attitudes we adopted during the pandemic might stick around. They’re trying to predict profit margins and stock prices for companies like Zoom, Uber and Amazon, but it’s also more than that.

Assessing what might happen to those companies is really about trying to gauge how much we have changed because of the pandemic and the ripple effects of even small behavioral alterations on our hometowns, schools, where we choose to live, transportation planning, the role of women in families and our relationships.

Corporations like Zoom function as canaries in the coal mine of what post-Covid life might look like. Maybe the chief executive of the salad company Sweetgreen can’t really know how much downtown offices will return to a pre-Covid staffing levels, but how the company spends its money is a bet that office life will return more or less to what it was in 2019.

We have profoundly been changed by the coronavirus in a million big and small ways. But we don’t yet know exactly what that means. All that companies like Zoom and the rest of us can do is make educated guesses about the future, and prepare to be proved at least a little bit wrong.

If you don’t already get this newsletter in your inbox, please sign up here.

White House vs. Facebook: President Biden and other U.S. officials spent the past few days blaming Facebook for amplifying misleading information about Covid-19 vaccines, my colleague Cecilia Kang reported. Facebook said that it was being scapegoated. Renée DiResta, who researches misinformation, wrote a nuanced Twitter thread about the role of social media companies, people with large followings and all of us in spreading bogus vaccine information.

What does China want from its corporations? Obedience, the Times columnist Li Yuan writes. China is moving more swiftly than the authorities in the United States or Europe in cracking down on abuses by technology titans, but the “efficiency comes at the cost of law and due process,” she writes.

Governments that watch their critics’ every move: Governments used smartphone surveillance software intended to fight criminals and terrorists to spy on journalists, human rights activists, political figures and others, according to reporting by an international alliance of news outlets. My colleagues have previously reported on this software from Israel’s NSO Group that monitors every detail of a person’s cellular life and has been used by governments to target their critics.

Here are cats watching “Cats” the musical. It’s wonderful. (I spotted this video in a recent edition of the Brass Ring newsletter.)