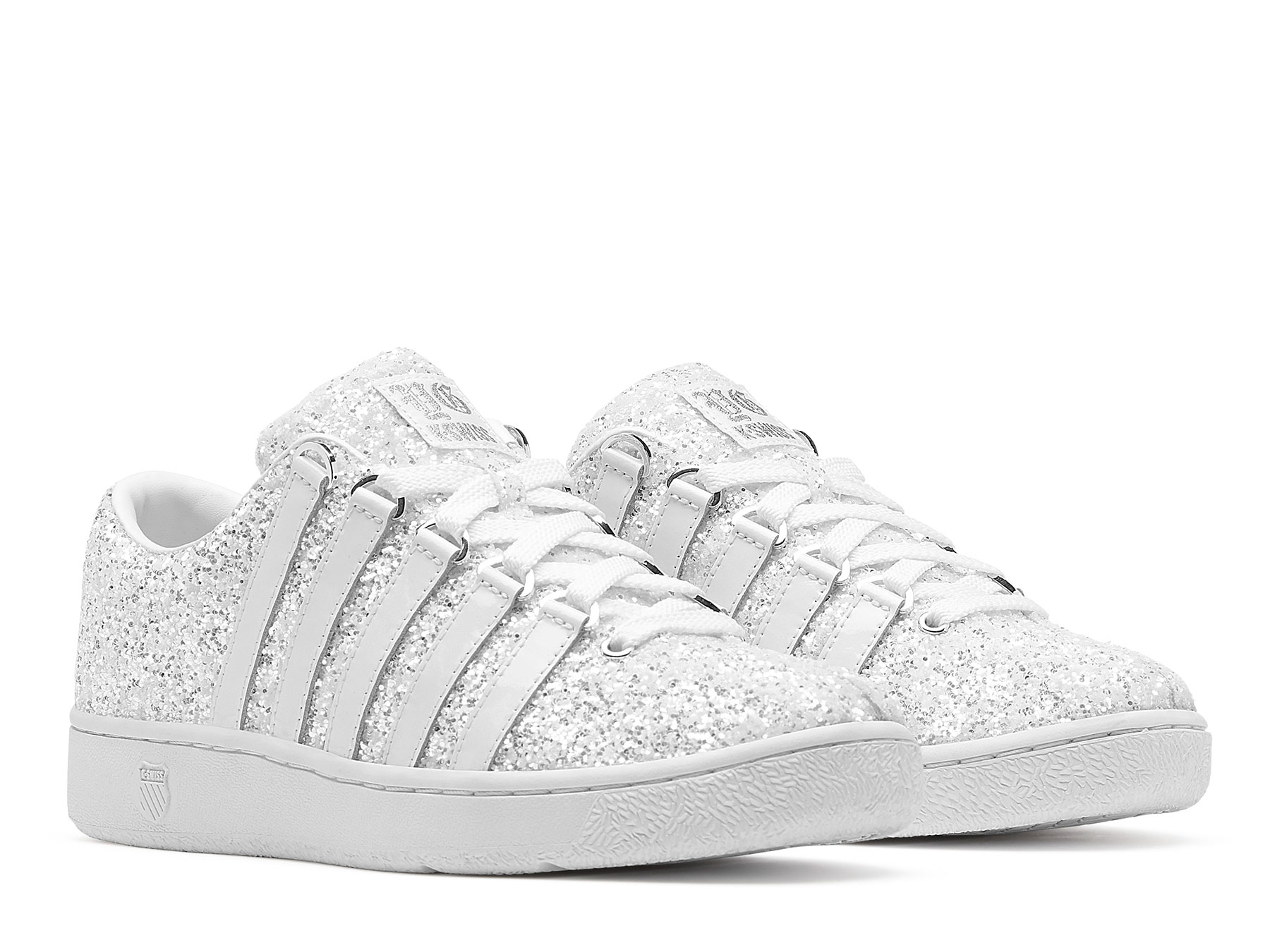 YG has spent the better part of his career solidifying himself as a tough, but laid-back West Coast rapper and entrepreneur. That’s why his collaboration with K-Swiss, known for its low-profile comfortable tennis shoes, makes so much sense. Today, the first of their collaborations dubbed Disco retails for $120 and is available exclusively on Footlocker.com.

Disco is a glittering version of the LX, K-Swiss’ classic leather tennis shoe that features its signature 5-stripe, 3-piece toe design. Metal D-rings that act as eyestays have been added, while a co-branded YG x K-Swiss hit is on the insole and shoebox.

Though the Disco shoe sounds simple in context, its vibrant design is not. That’s something YG himself picks up on when talking about how you should wear them. “You gotta have confidence to wear ‘em how I wear ‘em… You gotta have swag… you gotta have sauce,” YG said in a statement.

The Disco is the first in a series of sneakers that YG will be doing with K-Swiss, for which he will act as the creative director. The goal of the series will be to make a collection of reimagined LX sneakers.

This is not YG’s first foray into the sneaker game. This spring he released his “Block Runner” shoe, which featured a red and white color pattern with a loud “The Flame” logo stretched on top.