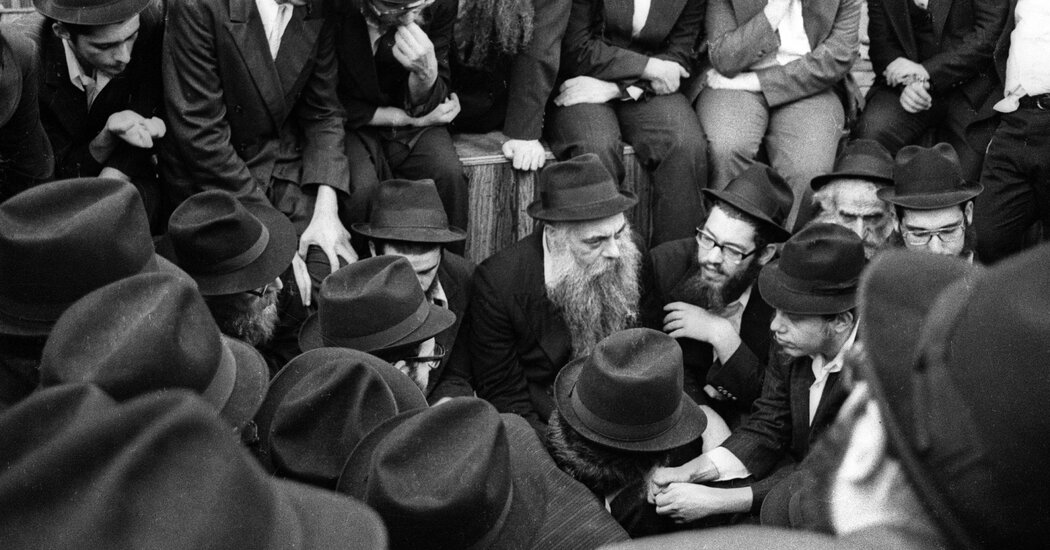 “He had immense knowledge, so he knew what the Rebbe was saying,” said Mr. Loewenthal, a member of Lubavitch.

That missionary movement, second in size to Satmar among Hasidic groups, has about 100,000 adherents. Tens of thousands more Jews visit its synagogues, collegiate centers and homes of emissaries scattered across the globe. Rabbi Schneerson was so venerated that many of those followers believe him still to be the Messiah.

Rabbi Kahn’s skill was no parlor trick. What chiefly distinguishes the Chabad-Lubavitch movement from other Hasidic and Orthodox groups is its devotion to reaching out to secularized or assimilated Jews. It offers college students chicken soup on Friday evenings, publishes ads reminding women to light candles to welcome the Sabbath, and buttonholes Jewish men on Manhattan sidewalks, urging them to enter what the Lubavitch calls “mitzvah tanks,” where they say morning prayers while strapped with tefillin — sets of boxes concealing Torah passages. Rabbi Kahn’s collections of Rabbi Schneerson’s teachings buttressed the movement’s outreach with intellectual heft and an aura of mysticism.

Such retention of a rabbi’s words accords with a Jewish tradition of passing on legends, moral parables and particulars of Jewish law orally. While the Torah was written on parchment scrolls, much of the Talmud is a compilation of rabbinic analyses and arguments that were passed along orally for generations before they were set disown in written form.

Yoel Kahn was born on Feb. 14, 1930, in Moscow, the youngest of four children of Refoel Nachman and Rivkah (Davidson) Kahn. His parents belonged to an underground network of Hasidim and found ways of practicing their faith even as the atheistic Stalin government tried to stamp out religious observance in the Soviet Union. The elder Kahn had studied at a yeshiva in the White Russian town of Lubavitch, which was the seat of the Hasidic dynasty until it was abandoned with the onset of World War I. He was held in prison for the first three years of Yoel’s life.

By 1935 the family had escaped the Soviet Union and began making their way to British Mandate Palestine. During a sojourn in Austria, they met the sixth Lubavitch rebbe, Yosef Schneersohn, and his son-in-law and distant cousin Rabbi Schneerson, who lavished chocolates on Yoel and his siblings in farewells at a Vienna train station. Once in Palestine, Yoel was enrolled in a Lubavitch yeshiva and proved to be an exceptionally gifted student.

By the time he was a teenager, Rabbi Kahn decided to study with Rabbi Yosef Schneersohn in New York, but when he arrived, in 1950, he learned that the grand rabbi had died a few days earlier. A year later, Rabbi Schneerson was named head of the movement. Yoel, according to a statement by Chabad-Lubavitch, recognized that the new rebbe was too busy giving his advice to followers to write out his discourses. In a private audience, Rabbi Kahn agreed to become his chozer and embraced what became a lifelong assignment.