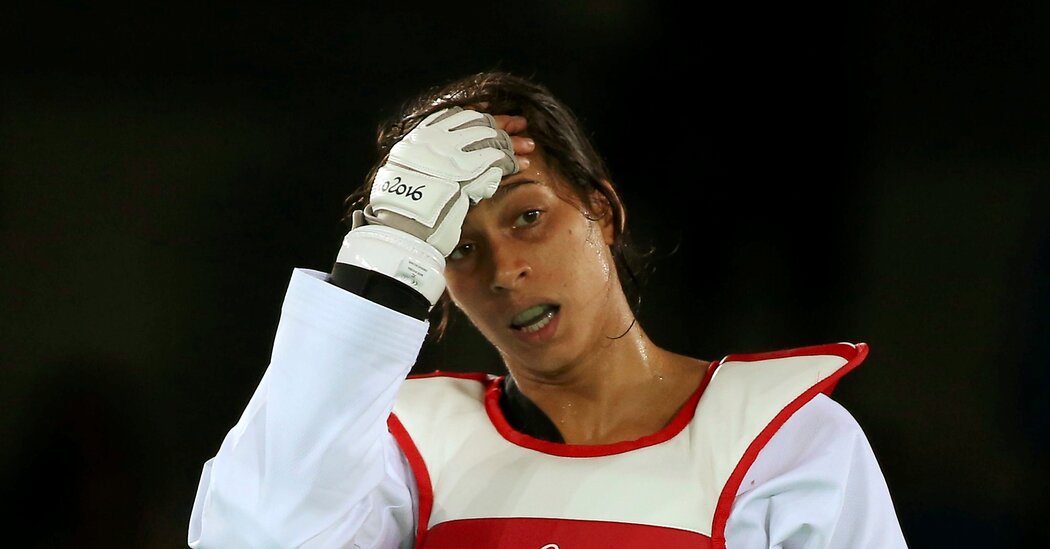 The quarantine measures at the Tokyo Games have come under scrutiny in recent days, with members of the Dutch delegation criticizing the restrictions for those who have tested positive for the coronavirus, including not being allowed to go outside.

On Tuesday, Candy Jacobs, a Dutch Olympic skateboarder who tested positive for the virus and is under quarantine, protested with members of the Dutch delegation in the lobby of the hotel where they are isolating. “Not having any outside air is so inhuman,” the 31-year-old Jacobs said in a now-deleted video message on Instagram. “It’s mentally super draining. Definitely more than a lot of humans can handle.”

The athletes remained in the lobby until they reached “a solution about getting fresh air,” Reshmie Oogink, a Dutch taekwondo competitor who tested positive for the virus and participated in the protest, told The New York Times.

In a message, Oogink confirmed that they were now permitted to get 15 minutes of supervised visits to an open window. But because the windows in the athletes’ rooms are sealed shut, they are brought to another room where the windows open. It was unclear whether athletes go to the room individually or together, and who is supervising the visits.

“There is not much freedom here,” Oogink said, adding that otherwise athletes can leave their rooms only to get food.

Oogink has passed the time by competing in her hotel room in what she calls the Covid Games. For these Olympic “events,” she turns garbage bags into basketball hoops and uses miniature Dutch wooden shoes as a basketball — ensuring there is a Covid-safe distance of one-and-a-half meters (about 5 feet) between her and the basket.

“Being creative kills time during the day,” she said.

Oogink, 31, who participated in the 2016 Rio Games, came back from three A.C.L. injuries to qualify for another Olympics. But because of positive tests, Oogink and her fellow Dutch teammate Jacobs missed their competitions.

“My dream has been shattered,” she said.

Oogink tested positive on July 21 and went into quarantine the next day. She was not experiencing any symptoms and felt OK, she said, adding that the situation has had “more impact on the mind.” She did not have to undergo any tests for her first five days in quarantine, and said that those who produce a negative sample using a P.C.R. test on Day 6 and again on Day 7 can be released from quarantine.

According to the Olympic playbooks, athletes with positive P.C.R. tests are to be isolated at designated facilities, though the location and length of isolation vary depending on the severity of the case. Japan’s health authorities require a 10-day quarantine at facilities outside the Olympic Village, and multiple negative P.C.R. tests before discharge, an I.O.C. official said in an email.

A total of 20 athletes are confirmed to have tested positive so far since arriving in Tokyo. But so far, the Games have not resulted in the spike in cases that many feared.

But the situation looks different outside the Olympic Village. Tokyo officials on Wednesday reported 3,177 new coronavirus cases, the city’s highest daily total recorded to date. Tokyo is under its fourth state of emergency, with bars and restaurants closing early and sales of alcohol tightly restricted. Experts attribute the rise in cases to the highly contagious Delta variant and say that the current measures might not be strong enough to contain its spread.