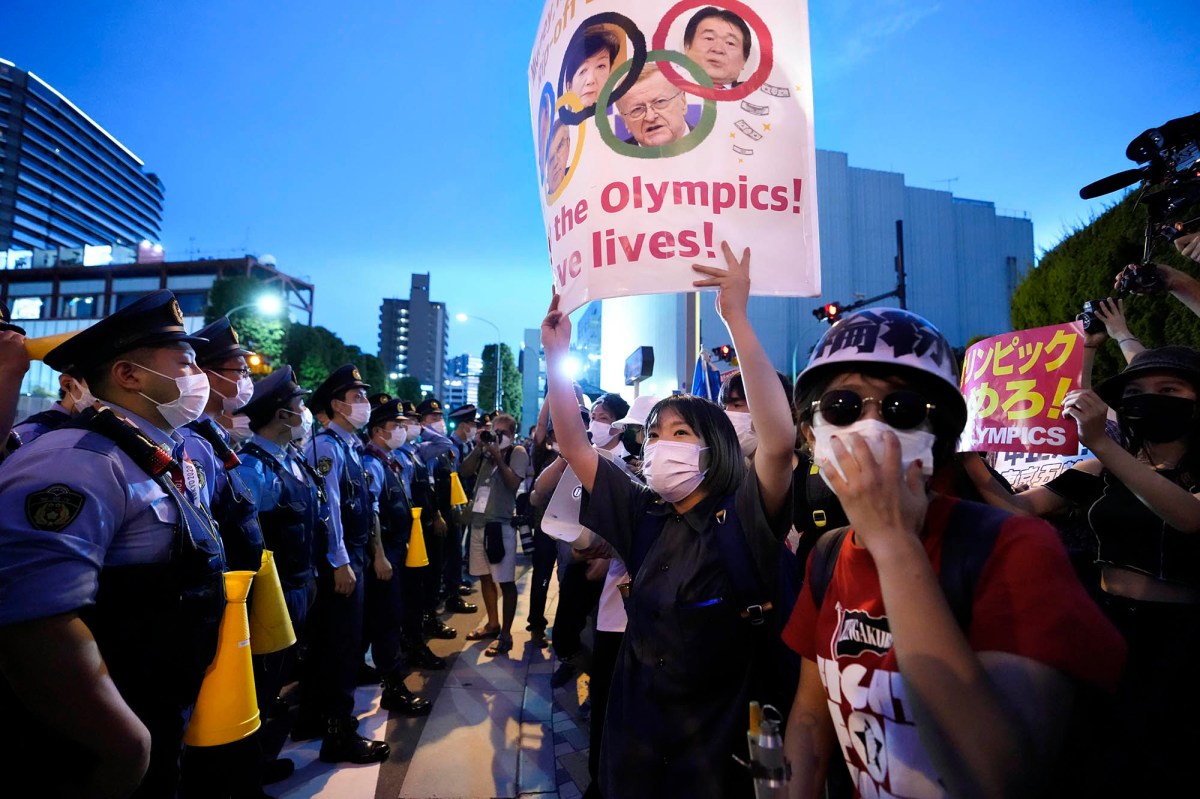 Hundreds of protesters marched through Tokyo Friday toward the opening ceremony of the Olympic Games — chanting for organizers to “go to hell” for holding the event despite the pandemic, videos show.

Just an hour before the Games started, a mass of people had gathered in Harajuku, the main shopping district in Tokyo, with police shutting down a major roadway as the marchers set off, The Washington Post said.

“Go to hell, Olympics!” the group then chanted as it marched toward the National Stadium, where the public was locked out of the opening ceremony because of COVID-19 fears.

“Go to hell, IOC,” the marchers also chanted, referring to the International Olympic Committee, according to the Washington Post’s video.

The protesters chanted and waved flags and signs blaming the IOC and Tokyo 2020 officials for potentially spreading the coronavirus by allowing foreigners into the country for the global event, the outlet said.

There has also been widespread anger that the usual watching public is being kept from the events that are usually packed with spectators from around the world.

Fewer than 1,000 VIP guests were invited to the event — but large crowds still gathered outside hoping to catch a glimpse of the ceremonies, the DC paper noted.