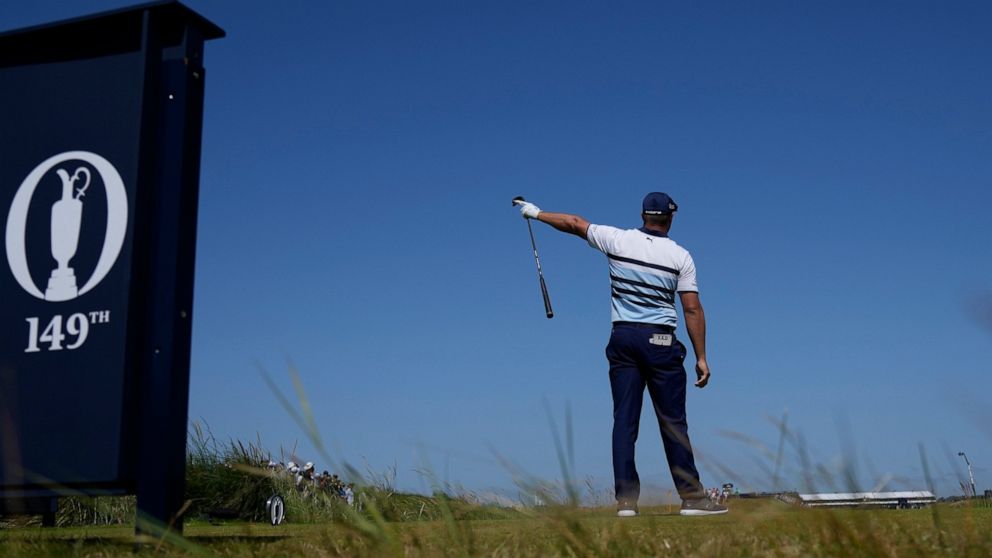 KAWAGOE, Japan — Bryson DeChambeau tested positive for COVID-19 before leaving the United States for the Olympics and will miss the Tokyo Games. He’ll be replaced by Patrick Reed.

USA Golf sent word Sunday that DeChambeau, who won last year’s U.S. Open at Winged Foot, had tested positive as part of the final protocol before leaving for Japan.

DeChambeau is the best-known of the few dozen athletes across the several Olympic sports to test positive either before leaving for Tokyo, or after they arrived. He said he was “deeply disappointed not to be able to compete in the Olympics for Team USA.”

Reed was scheduled to undergo testing Sunday and Monday to clear himself to compete in Tokyo. The the first round of the men’s tournament at the Kasumigaseki Country Club is set for Thursday.

“I wish Bryson nothing but the best, and I know how disappointed he is to not be able to compete, and I will do my best to play my best and represent our country,” Reed said in the USA Golf statement.

Reed will join Justin Thomas, Collin Morikawa and Xander Schauffele on the four-man U.S team. Reed was third in line to be a replacement, behind Patrick Cantlay and Brooks Koepka.

Koepka has sounded unenthused about the prospect of playing in the Olympics, saying the sport’s four majors, plus the Ryder Cup and other big events, give players plenty to strive for. The Ryder Cup this year is set for Sept. 28-30 at Whistling Straits.

Reed, the 2018 Masters champion, has been more gung-ho about the Olympics, and now, he is the only two-time Olympian on the men’s side of the sport, which was reintroduced to the program in 2016. He shot 64 in the final round in Rio de Janeiro and finished 11th.

USA Golf executive director Andy Levinson said Reed’s willingness to quickly rush through COVID protocols and come to an unfamiliar course on no notice “really illustrates the importance of the Olympics and the value Patrick places on playing for Team USA and for his country.”

DeChambeau had been looking to turn around a drama-filled season that has included months of sparring with Koepka, a sudden break with his longtime caddie, and, most recently, a spat with his club sponsor when he said his driver “sucks” after struggling at the British Open.

He finished 33rd at Royal St. George’s only a few weeks after playing himself into contention on Sunday at the U.S. Open at Torrey Pines, only to shoot 44 on the back nine and finish in 26th place. He didn’t crack the top 25 in any of this year’s majors, but does have one victory this year — in March at the Arnold Palmer Invitational.