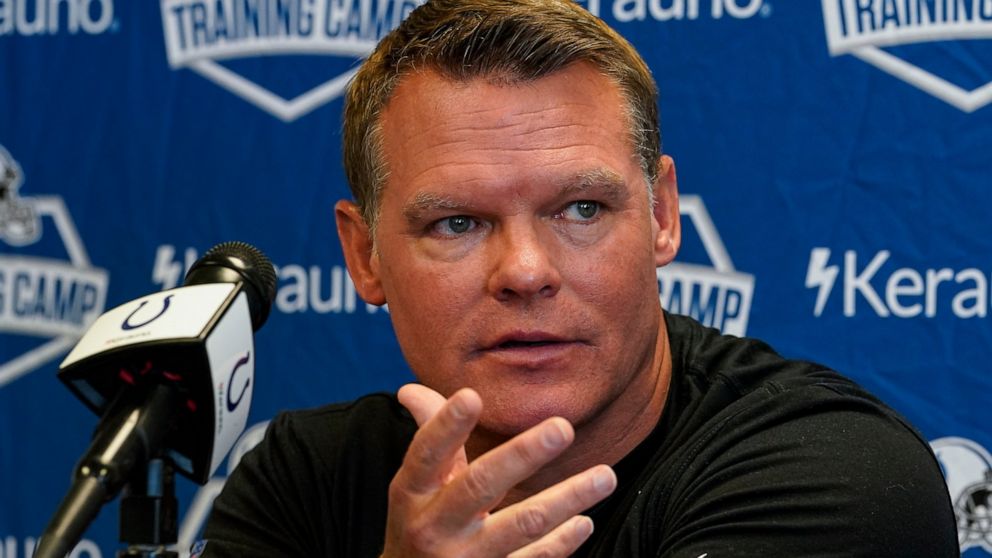 Ballard said Reich’s test results came back late last week and the fourth-year coach, who is fully vaccianted, has been asymptomatic. It’s still unlikely Reich will return to the practice field until early next week.

“We’re not going to name an interim coach,” Ballard said. “Bubba has a little more time than some of the others, so we’ll split some things up.”

Colts players are scheduled to report to camp at Grand Park Sports Complex in Westfield, Indiana, a northern suburb of Indianapolis, on Tuesday. The first of 19 practices is scheduled to be held Wednesday — in front of fans for the first time since 2019.

Ballard said the only other positive test within the organization was a staff member he declined to name.

Indianapolis has reportedly had one of the lower vaccination rates among players, though Ballard said the numbers have increased recently and more than 60% of players now have taken at least one vaccination shot. Unvaccinated players, he said, will be required to socially distance and wear masks, and if they do not comply could be disciplined.

“We’ve got to protect the team, we’ve got to keep them safe,” Ballard said. “We have a tremendous group and they want to win so I know they’ll follow the protocols. They did an incredible job following the protocols last year.”

Reich won’t be the only one missing the start of camp.

Two-time All-Pro linebacker Darius Leonard is being held out after having surgery on his ankle in early June. Ballard said he expects Leonard to return to full action before the Sept. 12 season opener against Seattle.

Left tackle Eric Fisher, a two-time Pro Bowler, was placed on the physically unable to perform list Sunday, while defensive lineman Dayo Odeyingbo, Indy’s second-round draft pick in April, was placed on the non-football injury list. Both are recovering from Achilles tendon injuries sustained in January.