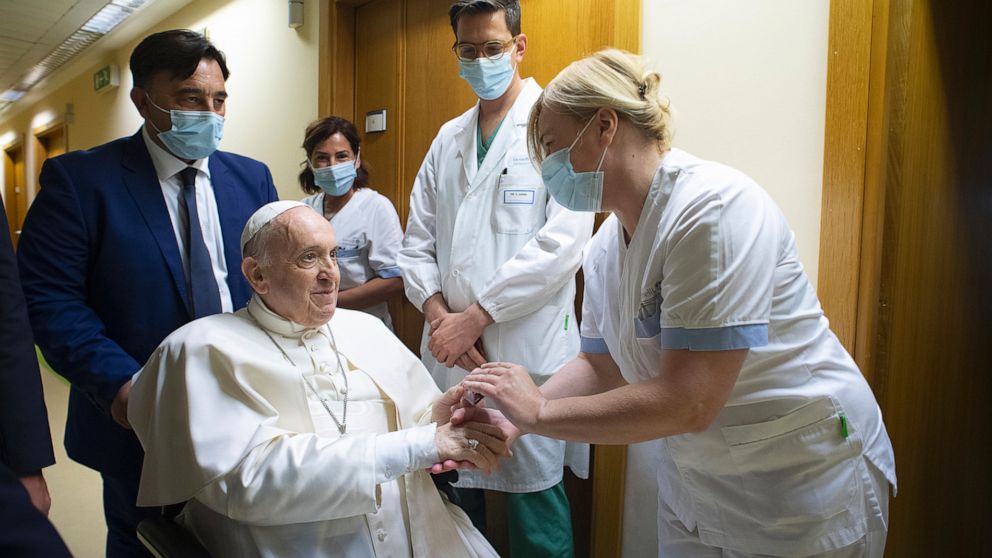 These Mothers Were Exhausted, So They Met on a Field to…

ROME — Pope Francis will spend a few more days in the hospital following his July 4 intestinal surgery to “optimize” recovery and rehabilitation treatment and therapy, the Vatican said Monday.

The Vatican had originally said Francis could be released from Rome’s Gemelli Polyclinic by the end of last week. In its latest update Monday, the Vatican said he had completed his post-operative treatment but “would remain a few more days to optimize medical and rehabilitation therapy.”

Surgeons removed half of Francis’ colon on July 4 for what doctors said was a severe narrowing of the large intestine.

The 84-year-old appeared for the first time in public since the surgery on Sunday, looking in good form as he delivered his weekly prayer from the 10th floor hospital balcony. He used the occasion to call for free health care for all.

Francis had reason for high spirits Monday: His native Argentina beat Brazil 1-0 to win the Copa America, and his adopted Italy won the European Championship after prevailing over England in a penalty shootout late Sunday.

The Vatican said the pope, who grew up as a fan of Buenos Aires club San Lorenzo, “shared the joy” for the victories of both national teams and repeated his belief about the importance of sporting values and the need to accept any outcome, including loss.

The Vatican statement quoted Francis as saying “only this way, confronting the difficulties of life, you can always put yourself in play, fighting without giving up, with hope and faith.”