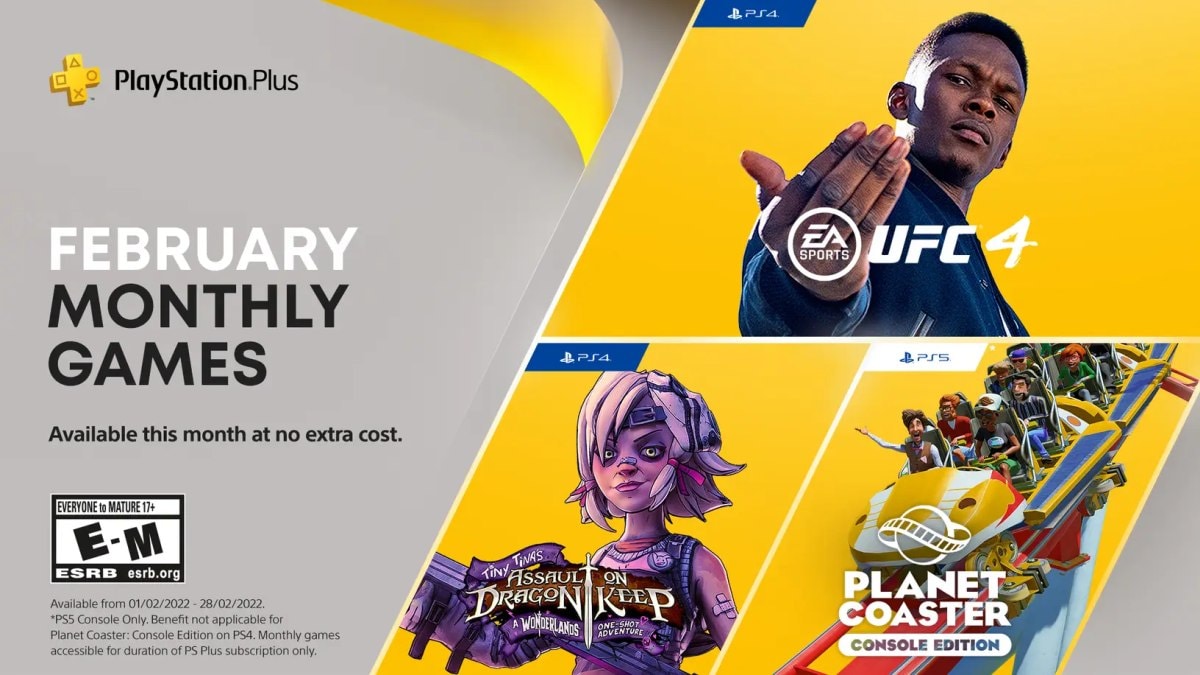 Your PlayStation Plus games for February are:

Starting with the game exclusively available for PS5 players in February, Planet Coaster: Console Edition lets players build and manage a roller coaster park. The game was originally launched in 2016 — Review — and has now been adapted to the new-gen consoles. Non-player characters (NPC) react in real-time as players set prices and make additions to their roller coaster park.

EA’s latest UFC title will be available for PS4 players for free during February. Players get to experience the journey of an ultimate fighting champion (UFC) fighter. Players can also experience the career mode, blitz battles, and online world championships. The game debuted in August 2014 and is also available on Xbox consoles.

Launched in 2019, Tiny Tina’s Assault on Dragon Keep: A Wonderlands One-shot Adventure is only available for PS4 players for February. As Tiny Tina, players get to “smash skeletons, defeat dragons, and battle giant golems.” Players can either experience the game solo or team up with a friend to jump into chaotic battles.

Players have until January 31 to download the free games from January — Persona 5 Strikers, Dirt 5, and Deep Rock Galactic.