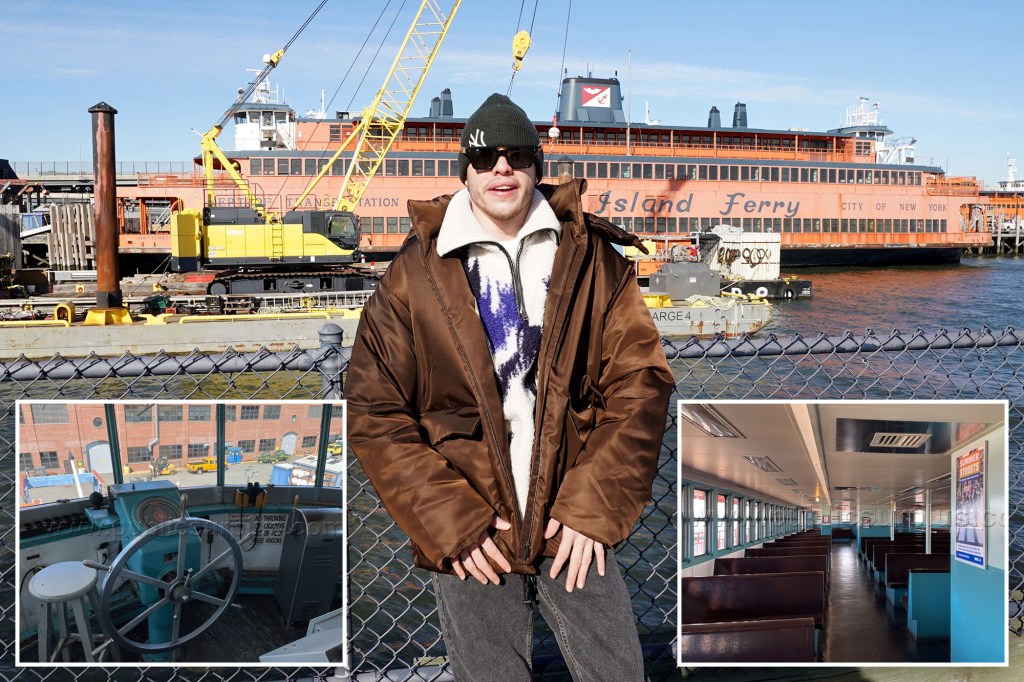 The King of Staten Island visited his castle.

Pete Davidson was seen at the St. George Ferry Terminal on Friday, admiring the decommissioned Staten Island Ferry he and “SNL” co-star Colin Jost bought this week at auction.

Video obtained exclusively by The Post shows the Staten Island native beaming through sunglasses at the new purchase from a pier jutting out into New York Bay.

“It’s crazy,” Davidson said. “We used to take that ferry to do stand-up, all the time.”

“It’s sick,” he added approvingly. “In a year, it’ll be a comedy club restaurant.”

After posing for a photo with his new toy, a passerby asked Davidson, “Where are you going to put it?”

“Right now, we’re going to dock it in, I think, Gowanus, and do a bunch of work on it,” Davidson answered.

According to the Department of Transportation, the ship was taken out of service last August after two of its motors failed. The ship can’t travel under its own power.

Davidson, Jost, and business partner Paul Italia won the ferry at auction for just over $280,000. Italia told the Post that the trio plans to turn the iconic orange ship into a floating event space.