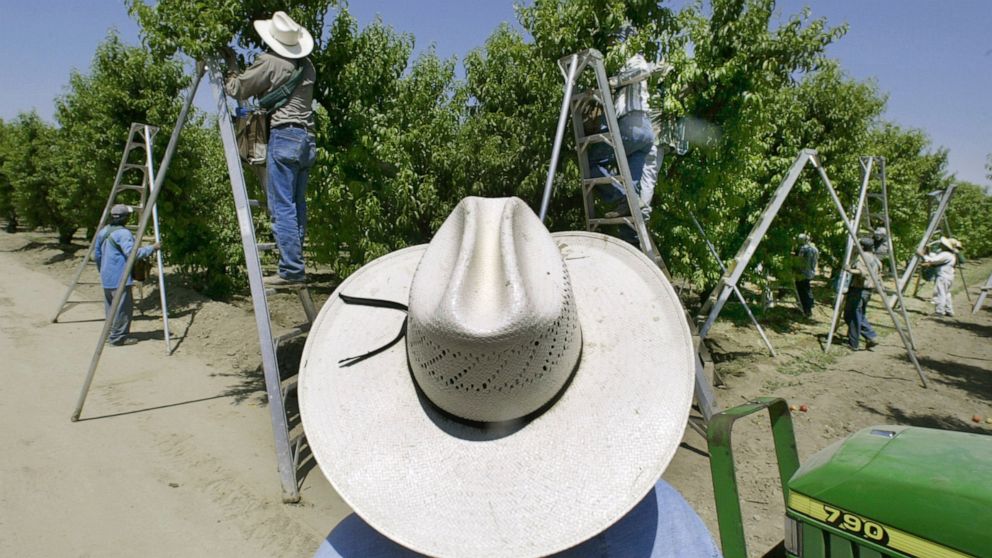 Chlorpyrifos is approved for use on more than 80 crops, including oranges, berries, grapes, soybeans, almonds and walnuts, though California banned sales of the pesticide last year and spraying of it this year. Some other states, including New York, have moved to ban it.

Stuart Calwell, lead attorney in the lawsuits, argued that its effects linger in Central Valley agricultural communities contaminated by chlorpyrifos during decades of use, with measurable levels still found in his clients’ homes.

Lawyers project that at least 100,000 homes in the nation’s largest agricultural state may need to dispose of most of their belongings because they are contaminated with the pesticide.

All that needs to be cleaned up, he says, because “it’s not going away on its own.”

State records show 61 million pounds of the pesticide were applied from 1974 through 2017 in four counties where the lawsuits were filed, Calwell said.

Officials with Dow and its affiliated Corteva Inc. did not immediately respond to telephone and email requests seeking comment.

Corteva stopped producing the pesticide last year. The Delaware-based company was created after a merger of Dow Chemical and Dupont and had been the world’s largest manufacturer of chlorpyrifos. The company has said it believes the product is safe and said it stopped production because of declining sales.

Scientific studies have shown that chlorpyrifos damages the brains of fetuses and children. It was first used in 1965 but was banned for household use in 2001.

The U.S. Environmental Protection Agency is weighing whether to ban the product or declare it safe, including for infants and children. The 9th U.S. Circuit Court of Appeals in April ordered the EPA to make a decision after studying the product for more than a decade. The Trump administration had halted the rule-making process.

The lawsuits were filed on behalf of people in Fresno, Kings, Madera and Tulare counties, though Calwell said they are a precursor to seeking class-action status. Aside from Dow-related companies, they name various farming companies they say applied the chemical near the plaintiffs’ homes.

In each case, the plaintiffs are parents suing on behalf of children who suffer from severe neurological injuries that the lawsuits blame on their exposure to the chemical while they were in the womb or when they were very young.

Aside from nearby spraying, the lawsuits say the parent, relatives or others in frequent contact with the child worked in the fields or packing plants and became contaminated with the chemical that they passed on to the child.

Calwell filed related lawsuits last fall on behalf of farmworkers who his firm said “spent years marinating in the pesticide.”

The first of those related lawsuits blames chlorpyrifos for causing autism, cognitive and intellectual disabilities in a now-teenager born in 2003.

The teen’s father worked spraying pesticides on farm fields and his mother packed what the lawsuit says was chlorpyrifos-covered produce in a facility surrounded by fields treated with the pesticide, often applied by aerial spraying.

Calwell similarly sued Monsanto for damages he alleged it caused to homes in Nitro, West Virginia, with its use of dioxin to make the defoliant known during the Vietnam War era as Agent Orange.

That case settled for $93 million, with Monsanto paying to decontaminate 4,500 homes, a fraction of those that he alleges in California will require more extensive decontamination followed by medical monitoring.