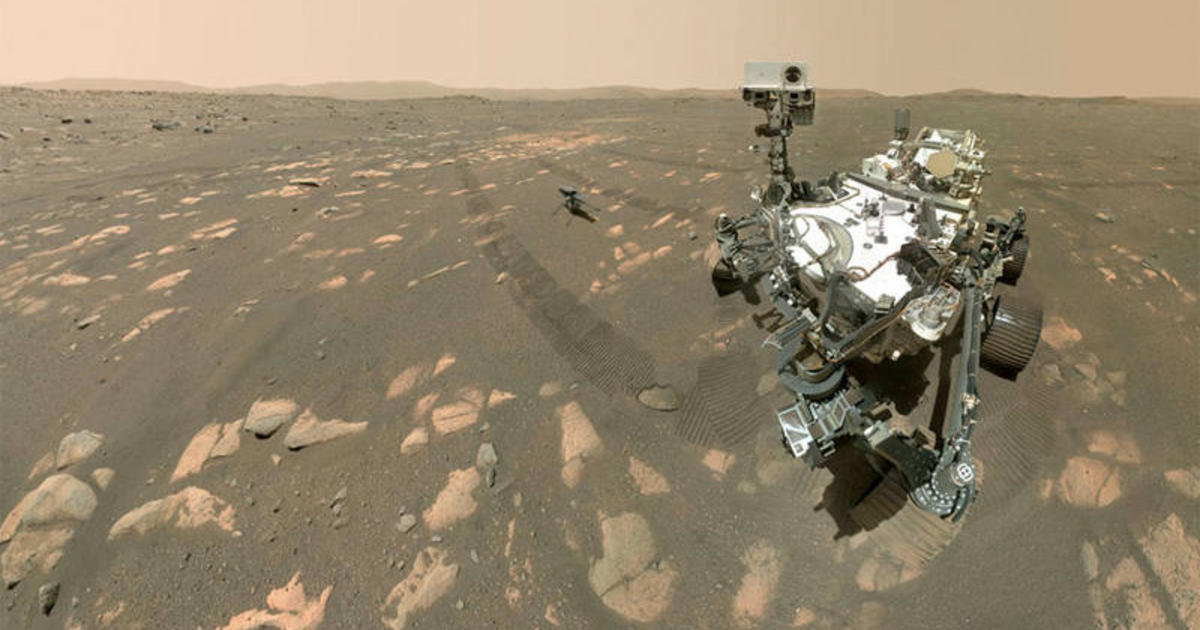 Old-Fashioned, Inefficient Light Bulbs Live On at the…

Five months after landing on Mars, NASA’s Perseverance rover is gearing up to collect its first core sample next month, mission managers said Wednesday. It will drill out a lipstick-size bit of rock from the floor of an ancient lakebed where the remnants of past microbial life might be preserved.

“When Neil Armstrong took the first sample from the Sea of Tranquility 52 years ago, he began a process that would rewrite what humanity knew about the Moon,” Thomas Zurbuchen, director of science at NASA Headquarters, said in a statement.

“I have every expectation that Perseverance’s first sample from Jezero Crater, and those that come after, will do the same for Mars. We are on the threshold of a new era of planetary science and discovery.”

The nuclear-powered rover is expected to collect dozens of samples over the course of its mission to help scientists characterize the Jezero Crater landing site where a 28-mile-wide lake once rose and fell and where the remnants of ancient organisms might have settled out and been preserved.

“Perhaps like a lot of you folks, we’ve actually been on a road trip,” Jennifer Trosper, Perseverance project manager at NASA’s Jet Propulsion Laboratory, told reporters Wednesday. “This road trip is associated with our very first science campaign and during it, we will take our very first sample from the surface of Mars.”

Since landing on the crater floor February 18, just beyond the delta, Perseverance has traveled south of its touchdown point, skirting sand dunes that could cause problems and capturing images of dust devils and gusting winds along the way.

“We’re getting photo-bombed by dust devils,” said project scientist Ken Farley. “We’ve also acquired images (showing) a wind gust sweeping across the landscape, lifting dust and blowing it along. This is a very visceral kind of image, makes it feel very Earth-like.”

More intriguing to the science team, however, is the nature of the crater floor beneath Perseverance’s six wheels. While it is presumably made up of layered sedimentary rock, like one might expect to build up at the bottom of a lake, at least some areas may have had a volcanic origin.

Volcanic rocks can be precisely dated, Farley said, and if such rocks are confirmed, a sample returned to Earth could help researchers pin down the history of Jezero Crater.

But there is little doubt the crater was once filled with water that flowed in through canyon-like fissures in the rim and then fanned out, depositing sediments that built up a clearly defined delta formation.

“Probably the most surprising thing that we have seen so far is when we look at images of the delta … we see clear evidence that there was indeed a lake, there was a period when the water level was quite high,” Farley said.

“But we also see higher up, and this you can only see from the ground, you can’t see it from orbit, is that higher up and therefore younger, there was a period of lower Lake levels and flooding, what might have been flash flooding, moving large boulders across the top of the delta.”

He said that suggest “multiple phases in which this lake was active. So that’s an especially interesting aspect to this environment, that it might record multiple events that were not obvious at all before we got there.”

Those episodes of ebb and flow mean “multiple time periods when we might be able to look for evidence of ancient life that might have existed on the planet,” he said.

The rover, equipped with a robot arm, a core-sampling drill and a suite of sophisticated cameras, rock-vaporizing lasers and other instruments, is now in an area, or rock “unit,” known as “cratered floor fractured rough” that appears suitable for sample collection.

Along the way, engineers have been testing an apparatus designed to extract oxygen from the thin, mostly carbon dioxide atmosphere. During three test runs to date, Trosper said, the device has extracted about six grams of pure oxygen, proving the concept works.

Another team has continued flying the small Ingenuity helicopter carried to Mars aboard Perseverance. The robotic drone recently completed its ninth test flight, soaring more than 2,000 feet across the threatening dunes — its longest flight to date.

Its next flight, on July 24 or shortly thereafter, will take it to another potential sample collection area where it will wait for Perseverance.

Collecting the first sample will make a major milestone for the project, proving the rover’s extraordinarily complex sample collection mechanism will work as planned.

After a suitable rock is selected and the drill collects a core sample, the material will be deposited in an internal carousel mechanism. The sample will be autonomously photographed, analyzed and sealed in lipstick-size air-tight tubes that eventually will be placed, or cached, on the surface.

Getting the samples back to Earth

NASA and the European Space Agency plan to send another rover to Jezero later this decade to collect the samples, load them into a small rocket and blast them into Mars orbit. From there, yet another spacecraft will capture and return them to Earth for laboratory analysis.

Perseverance is equipped with 43 sample tubes, including five so-called “witness” tubes that will be used to document any earthly contamination that might be present in the returned samples. One of those witness tubes was recently processed inside the rover to test to complex mechanism.

“The great news is, that all worked perfectly,” Trosper said. “And so we are ready to sample. I am very excited about getting our first sample on Mars. I think the team has done tremendous work. I joked about it being a road trip and summer vacation. They’ve been working very, very hard, it hasn’t really been a vacation for them.

“But they’ve done the job, we’re ready to go, and we expect to get that first sample within the first few weeks of August.”

Biden’s Pandemic Fight: Inside the Setbacks of the First Year

A Shrinking Band of Southern Nurses, Neck-Deep in Another Covid Wave