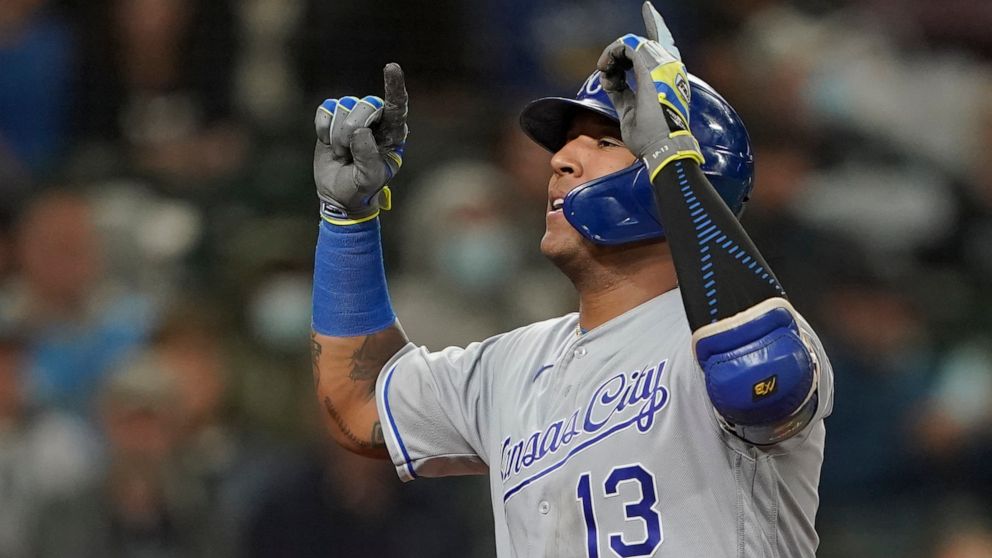 Perez’s 35th home run fueled a five-run sixth inning during which the team batted around and helped the Royals snap the Mariners’ three-game winning streak.

It was the catcher’s fifth homer in seven games on Kansas City’s current road trip. The Royals have won five of those seven.

The Mariners took a 1-0 lead in the first inning on Jake Fraley’s bases-loaded walk, his fourth of the year. Kyle Seager made it 2-0 with a solo homer in the fifth, tying his career high with his 30th home run.

Starter Brad Keller grabbed the area behind his right elbow and called for a trainer after the homer. He left the game with what the team called posterior right shoulder discomfort and will be re-evaluated Friday. Reliever Joel Payamps entered the game, and after striking out Ty France, he gave up a single to Abraham Toro and a homer to Fraley, making 4-0.

The Royals answered in the sixth with three consecutive hits off starter Yusei Kikuchi (7-8) to begin the inning. They cut the lead to 4-1 on Whit Merrifield’s RBI single. Kikuchi loaded the bases with a walk and then was replaced with reliever Joe Smith (2-2).

Perez’s no-doubt homer off the left-field scoreboard made it 5-4. Emmanuel Rivera added an insurance run in the seventh, reaching on second baseman Toro’s fielding error, stealing second and scoring on Lopez’s single.

Perez and Seager lead the AL with 14 home runs apiece since the All-Star break. Perez is now tied with Gary Gaetti for fifth-most home runs in a season in Royals history.

Seattle claimed LHP Sean Doolittle off waivers from Cincinnati, adding a veteran arm to its bullpen to help with its wild-card run. Doolittle, a 34-year-old former closer for the Oakland Athletics and Washington Nationals, has 446 career relief appearances since 2012, 10th among all active left handers, and 112 saves. He’s 3-1 this season with a 4.46 ERA in 45 appearances.

The Mariners optioned RHP Keynan Middleton to Triple-A Tacoma to make room on the roster.

Royals: RHP Josh Staumont went to the injured list with an undisclosed ailment, likely meaning he has entered COVID-19 protocols. Manager Mike Matheny said he could not give a reason for Staumont’s absence. The team selected RHP Scott Blewett from Triple-A Omaha to replace him on the roster.

Mariners: LHP Justus Sheffield (left forearm strain) worked out of the bullpen during his rehab assignment Thursday night and will be used as a reliever when he returns to the lineup. Manager Scott Servais said he’s happy with the starting rotation the Mariners are fielding as they make a wild-card run, and believes Sheffield can make a valuable contribution in a relief role. He likely will have at least one more rehab appearance at Triple-A Tacoma before returning to the team. … CF Kyle Lewis (right meniscus surgery) could begin a rehab assignment in Tacoma as soon as this weekend, Servais said.

Royals: LHP Kris Bubic (4-6, 4.94) returns to the mound after earning his first road win since May 28th last Saturday.