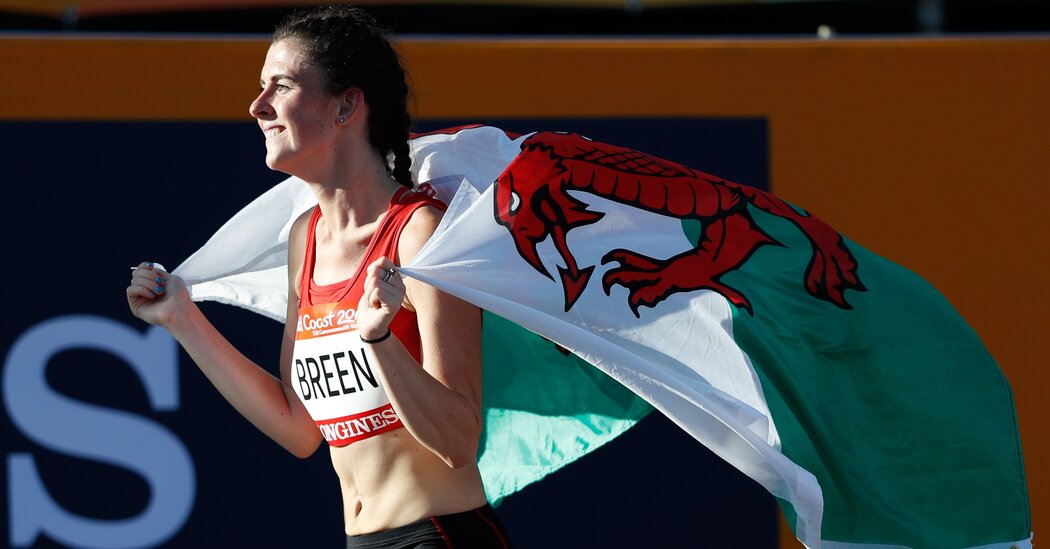 Olivia Breen, a two-time Paralympic world champion for Britain, said she was “speechless” and “gobsmacked” when an official at the English Championships told her on Sunday that her competition bottoms were “too short” and “inappropriate” after she competed in a long jump event.

In a tweet afterward, Breen wrote that she had been wearing these types of shorts, designed for competition, for years and hoped to wear similar ones when she competes in the Paralympics in Tokyo next month. After the episode, Breen questioned whether male athletes would be subjected to the same scrutiny, joining an array of female athletes speaking out against uniform double standards that can result in fines against women.

Breen said that it was extremely hot on Sunday and that many male long jump athletes took off their shirts but were not approached by any officials. But after her event, when Breen was chatting with a teammate, she said an official asked to speak with her.

“She was just like, ‘I think your briefs are too revealing, and I think you should consider buying a new pair of shorts,’” Breen said. “My first response was, ‘Are you joking?”

Breen said lightweight briefs — in this case, Adidas official competition 2021 briefs, which she later posted a photo of online — gave her an advantage. The bottoms complied with regulations, she said, adding that she filed a formal complaint to England Athletics, the organization running the competition.

Since posting about the episode, Breen said she had heard from other female athletes who have had similar experiences and said she thought women had a right to feel comfortable while competing.

“It just made me so angry,” Breen said. “We shouldn’t be told what we can wear and what we can’t wear.”

England Athletics said in a statement that it would investigate the matter.

“The well-being of all participants in athletics is of the utmost importance, and everyone should feel comfortable to compete and participate in the sport,” the statement said.