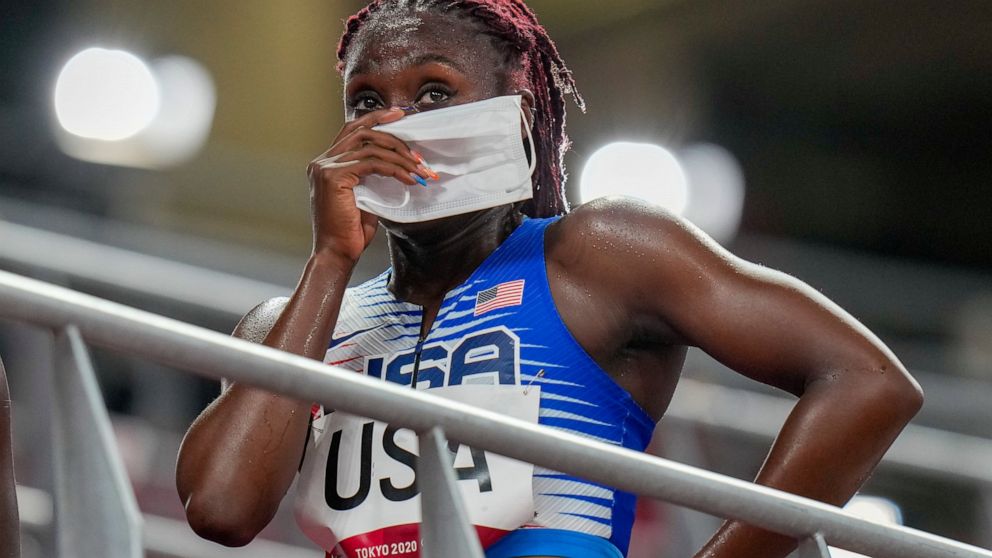 The U.S. men have a long history of dicey baton exchanges in the Olympic relays

TOKYO — The U.S. men have a long history of dicey baton exchanges in the Olympic relays. So do the U.S. women.

Their latest was a first-of-its-kind chance to flub one together, which they might have, but they caught a break that gives them a chance to still win a medal.

The country’s difficult history in relay races reappeared in the Olympic debut of the 4×400-meter mixed relay when the team was disqualified for a bad exchange, only to be reinstated after filing a middle-of-the-night protest that got resolved early Saturday in Japan.

Officials originally ruled that Lynna Irby had positioned herself outside the passing zone when she received the exchange from Elija Godwin in Friday night’s preliminary heat.

Later, they overturned that decision on appeal. USA Track and Field announced the change but did not provide details of what happened. The Dominican Republic also had been disqualified but was later reinstated.

In the 4×400, officials direct the next group of runners onto the track to try to maintain a semblance of order in the sometimes-crowded exchange zone. Runners can be every bit as attuned to where the officials tell them to line up as to the teammate about to give them the baton.

“Mistakes happen,” Godwin said before the appeal. “We are human. We do make mistakes.”

Because the decision was overturned, Allyson Felix could get a chance to win her record 10th Olympic medal Saturday night. She helped the U.S. win this race in its debut at the world championships two years ago.

If she is placed in the lineup for the final, she can break a tie with Jamaican great Merlene Ottey for the most women’s track medals in Olympic history. Felix will also run next week in the women’s 400 and could have a spot in the women’s 4×400 next weekend.

This was the latest chapter in long string of drama for the U.S. in relays. Much of it has come in the shorter 4×100 relay where the pass is a more technical and time-sensitive move.

A “DQ” at the 2016 Rio de Janeiro Games marked the ninth time since 1995 the men had botched the relay at a world championships or Olympics.

The women misconnected at the 2004 and 2008 Games and got shut out of the medals.

This latest episode is more reminiscent of 2016.

Felix was on the U.S. women’s team that was initially disqualified from the preliminaries for an illegal pass in the 4×100. But they protested because Felix got jostled by another runner. Hours later, they came back to the track to run a time trial with no other team on the track. That advanced them to the final, where they won easily.