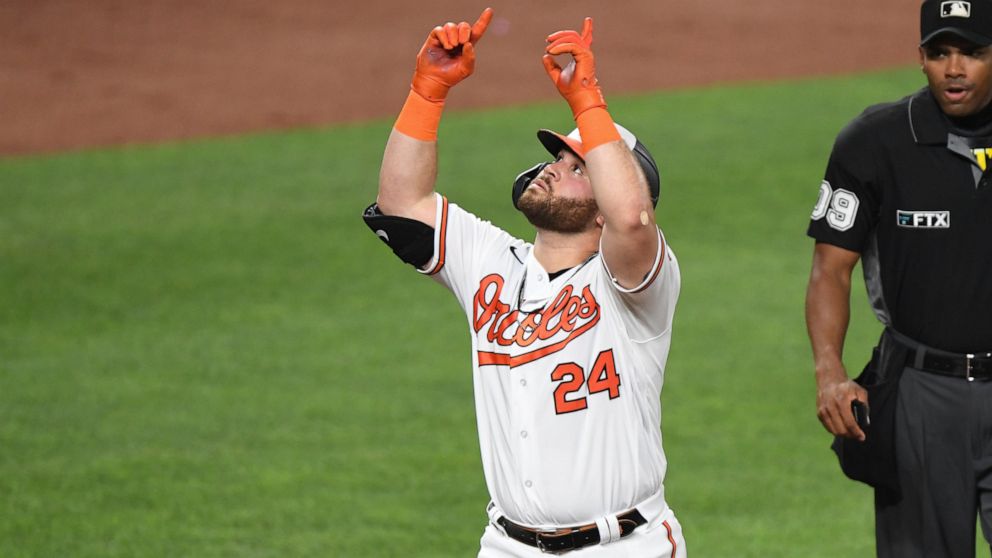 The Baltimore Orioles have snapped their 19-game losing streak, rallying to beat Los Angeles 10-6 after a shaky start by Shohei Ohtani left the Angels’ bullpen with too much to do

BALTIMORE — The Baltimore Orioles snapped their 19-game losing streak Wednesday night, rallying to beat Los Angeles 10-6 after a shaky start by Shohei Ohtani left the Angels’ bullpen with too much to do.

The Angels were up 6-2 in the fourth inning and 6-4 when Ohtani left the game after the top of the sixth. But Baltimore scored a run in the seventh and five in the eighth. Ramón Urías and Kelvin Gutierrez drew bases-loaded walks to put the Orioles up 7-6, and pinch-hitter Austin Hays added a two-run double.

The Orioles were two losses shy of the American League record for the longest skid — which they set themselves in 1988 when they started 0-21.

Ohtani allowed three homers on the mound and struck out three times at the plate, but the Orioles still seemed headed to a 20th straight loss after Brandon Marsh hit his first career homer, a three-run shot in the fourth that made it 6-2.

It was 6-5 when Jake Petricka (0-1) allowed a single, a double and an intentional walk to start the bottom of the eighth. He then walked Urías, his final batter, on four pitches to tie the game.

James Hoyt came on and struck out Jahmai Jones, but then he walked Gutierrez on a full count. Hays then doubled to left with the bases loaded, and Cedric Mullins added a sacrifice fly.

When Tyler Wells retired the final batter of the game on a flyout to right, he hugged catcher Pedro Severino and the Orioles celebrated casually on the field. The fans — many of whom probably came to see Ohtani — roared their approval.

Mullins and Anthony Santander hit solo homers in the first, and DJ Stewart hit a two-run shot off Ohtani in the fourth.

Tanner Scott (5-4) won in relief for the Orioles.

Mullins’ homer came on Ohtani’s first pitch of the game, but after Santander’s solo shot gave Baltimore a 2-0 lead, the Angels tied it almost immediately on a two-run single by Marsh in the second.

Walsh hit a solo homer for Los Angeles in the fourth, and Marsh added his three-run shot later in the inning.

Mullins brought home a run in the seventh with a groundout.

Angels: Los Angeles put RHP Dylan Bundy (right shoulder strain) on the 10-day injured list after he left his start Tuesday night after nine batters. The Angels also put RHPs Austin Warren and Reid Detmers on the IL. … The Angels recalled INF Kean Wong from Triple-A Salt Lake and selected the contracts of Petricka and RHP Elvis Peguero. … OF Justin Upton, who turned 34 on Wednesday, did not play because of left calf problems.

Orioles: SS Jorge Mateo (lower back discomfort) did not play.

This story has been corrected to show that Ohtani left after the top of the sixth, not after the fifth.