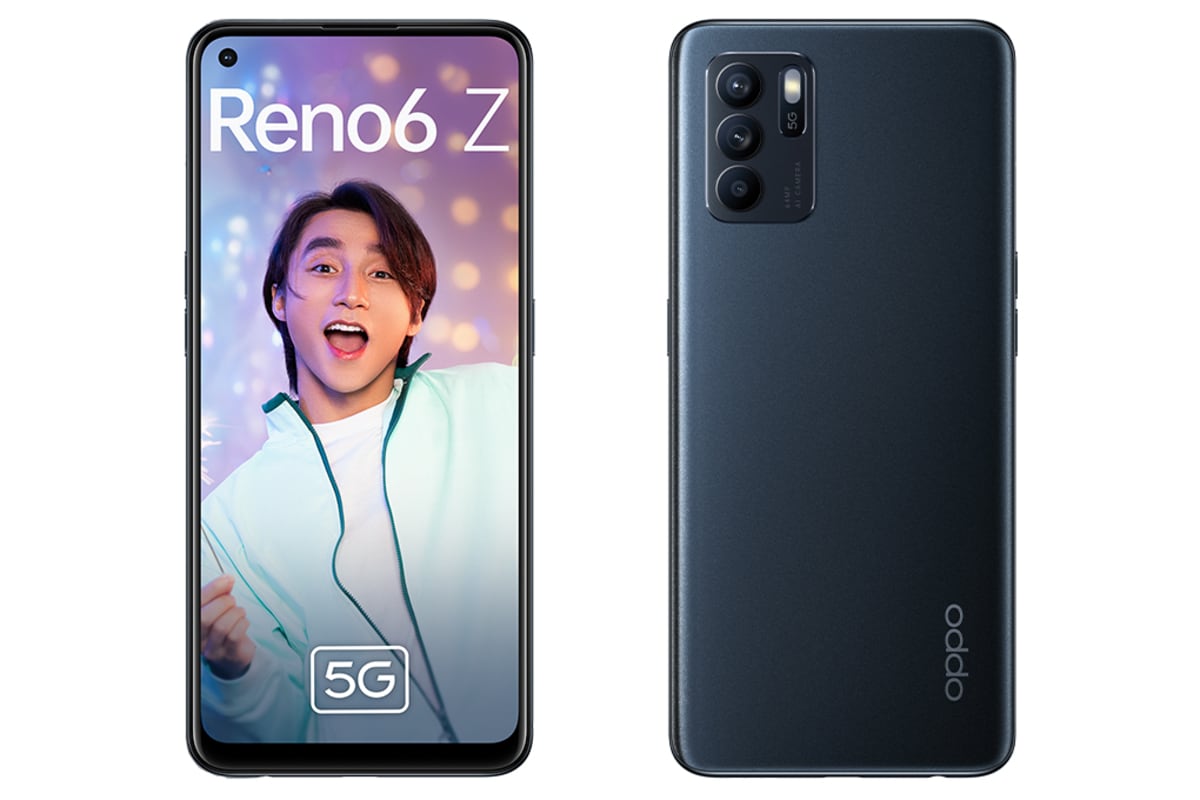 Oppo Reno 6Z is all set to launch on July 21 and ahead of launch, a bunch of key details have leaked. This includes its expected price and full specification details. The company has also released teaser pages in several countries and these pages reveal a lot about the handset as well. For instance, the phone is confirmed to be powered by the MediaTek Dimensity 800U SoC and pack 30W VOOC Flash Charge fast charging support. The phone has also been listed prematurely on several Vietnam online retail sites ahead of launch.

As mentioned, Oppo has released teaser pages of Oppo Reno 6Z in several regions. Specifically, it has gone live in Vietnam and Philippines. The phone is all set to launch in Vietnam on July 21 and Philippines will see a launch on August 6. The teaser page confirms the design of Oppo Reno 6Z. The phone has a hole-punch display with the camera cutout placed on the top left corner of the screen. It has a rectangular-shaped camera module on the back with three sensors sitting one below the other. There’s a flash sitting beside the sensors inside the module and the inscription confirms that the main camera will have a 64-megapixel sensor.

Apart from this, the teaser page suggests that Oppo Reno 6Z may be available in two blue gradient finishes. The phone will come with camera features such as bokeh flare portrait and portrait beautification video. There’s also going to be a MediaTek Dimensity 800U octa-core 5G SoC integrated, and the phone is teased to support 30W VOOC Flash Charge fast charging support. Teasers also suggest that Oppo Reno 6Z may have a 3.5mm audio jack, speaker grille, and USB Type-C port at the bottom.

A tweet by tipster @chunvn8888 suggests that Oppo Reno 6Z may be priced in Vietnam at VND 9,490,000 (roughly Rs. 30,700) and pre-orders may begin as early as tomorrow. Pre-order offers include a free Bluetooth speaker. Tipster Evan Blass had also leaked renders of Oppo Reno 6Z from all angles, and it is similar to what has been teased by the company.

Several e-commerce sites in Vietnam have also prematurely listed Oppo Reno 6Z ahead of launch, listing specifications and showing renders. The phone is listed to run on Android 11 and feature a 6.43-inch full-HD+ (1,080×2,400 pixels) AMOLED display with Corning Gorilla Glass 5 protection. It is again listed to be powered by the MediaTek Dimensity 800U SoC, paired with 8GB RAM and 128GB storage. There could be microSD card slot support for storage expansion.

The listings show a triple rear camera setup on Oppo Reno 6Z that comprises a 64-megapixel main sensor, an 8-megapixel secondary sensor, and a 2-megapixel tertiary sensor. At the front, the phone may feature a 32-megapixel camera for selfies and video calling. The e-commerce sites list the phone to pack a 4,310mAh battery with 33W fast charging support. It is likely to have an under-display fingerprint sensor, measure at 156×72.1×7.9mm, and weigh at about 175 grams.

Connectivity options on Oppo Reno 6Z are listed to include NFC, USB Type-C port, Wi-Fi ax, dual-SIM (Nano) slots, Bluetooth v5.1, and 5G support. As these specifications are prematurely released on these online sites, they may not be truly official. The phone may come with some tweaks when the launch takes place later this month.