Opinion | Texas Is a Harbinger of Doom 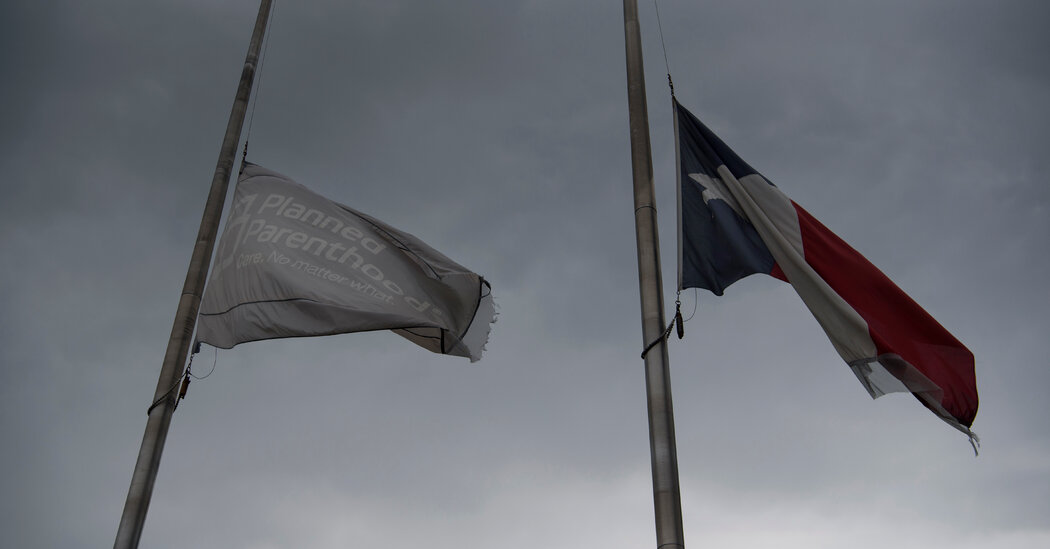 When Jim Crow was originally established, it spread from state to state like a contagion, each subsequent state taking lessons from the ones before it.

As The 19th reported last month:

“Texas has introduced the most bills targeting transgender youth in the country, triple the number of any other state. Though none of Texas’ over 40 proposed anti-trans bills have been passed, Republican Gov. Greg Abbott has made restricting trans youth’s sports participation a priority for the state’s third special legislative session.”

Last week, there was public testimony in the Texas House of Representatives on a bill that would force student-athletes to compete as the sex they were assigned at birth rather than the one that aligned with their gender identity. A similar bill has already passed the Texas Senate. If the House passes it — which is likely — it will be sent to the Senate for approval and then to Abbott’s desk to be signed into law.

Last month, the Supreme Court refused to block a Texas law banning most abortions after about six weeks of pregnancy. Many women don’t even know that they are pregnant at six weeks. Furthermore, the law allows for individuals, with no personal stake in the pregnancy, to sue medical personnel and even drivers who help a woman obtain an abortion in violation of the law and, if successful, win $10,000. It creates abortion bounty hunters.

Abbott has also signed a bill barring medical personnel from providing abortion-inducing drugs to women who are more than seven weeks pregnant.

In an undercover video released this week, Abbott boasted, “So, basically, we’ve outlawed abortion in Texas.”

Then there is another major issue: voting rights and voter power.

In August, Texas passed one of the most restrictive voting bills in the country. As The New York Times reported, the law bans drive-through voting and 24-hour voting, which were used by nearly 140,000 voters in Harris County — which is about 44 percent Hispanic and 20 percent Black — during the 2020 election.

It addition, it “would prohibit election officials from sending absentee ballots to all voters, regardless of whether they had requested them; ban using tents, garages, mobile units or any temporary structure as a polling location; further limit who could vote absentee; and add new identification requirements for voting by mail. Partisan poll watchers would also have more access and autonomy under the bill’s provisions, and election officials could be more harshly punished if they make mistakes or otherwise run afoul of election codes and laws.”

The state didn’t stop there. Texas stands to gain two new congressional seats because its population grew, according to the latest census. And although 95 percent of that growth was due to people of color, the Republican-led Legislature is working on new maps that would increase the power of white Republicans in the state and reduce the power of people of color.

According to an analysis by The Texas Tribune published last week, although white Texans are only about 40 percent of the state’s population, “In the initial map for the Texas House, the majority of eligible voters (known in the redistricting and census data as the Citizen Voting Age Population) in 59.3 percent of the districts are white.”

How else to describe this other than racist gerrymandering? This is an attempt to lock in white dominance and control even after white people no longer have a numerical advantage.

Texas is a leader in oppression. It is institutionalizing and legalizing racism, misogyny and transphobia. And the Lone Star State is hardly alone in its oppressive ambitions. Other states are watching and waiting, poised to follow its lead.

As The Washington Post put it last month, “Texas created a blueprint for abortion restrictions,” with Republicans in at least seven other states planning to replicate the state’s restriction.

We can look forward to some of those states mimicking Texas on voter restrictions, as well. In this way, Texas is a harbinger of doom, it is the leading edge of regression, and it provides a picture of where the Republican-controlled portion of the United States may be heading: down the tubes in a Stetson hat.