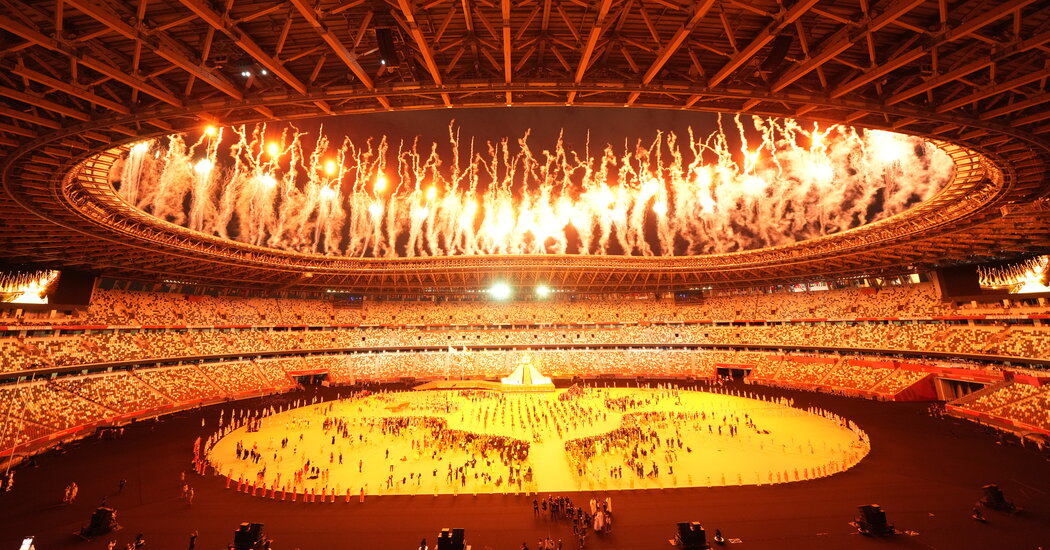 If you’re in the United States and you weren’t up at dawn on Friday to watch the opening ceremony from Tokyo, you’ll have another chance to see the pomp and tradition that played out in front of a nearly empty stadium.

NBC plans to rebroadcast the ceremony Friday evening at 7:30 Eastern time, giving American viewers a look at athletes parading in and waving at empty seats, and at speeches, dances and the lighting of the Olympic cauldron. Organizers limited the crowd in the stadium to about 10,000 people — mostly members of the news media, dignitaries and volunteers. That’s far below the capacity of 68,000 at the venue.